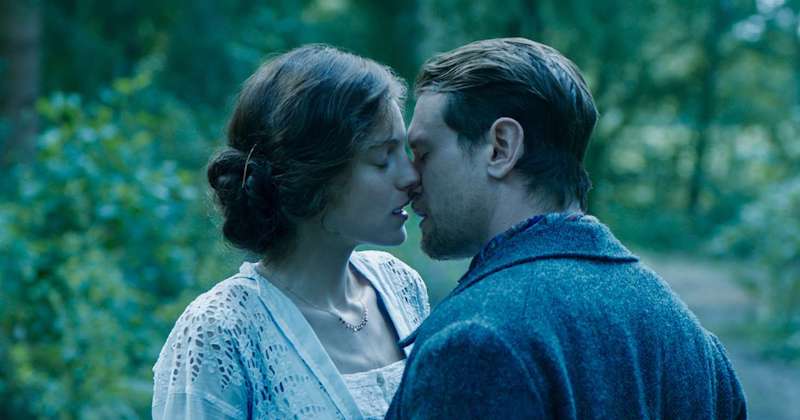 Watch the very sexy trailer for the new adaptation of Lady Chatterley’s Lover.

Yesterday, Netflix dropped the nudity-forward trailer for its new adaptation of D.H. Lawrence’s “controversial classic” Lady Chatterley’s Lover, which was famously banned for being obscene—specifically due to thirteen “episodes of sexual intercourse” in the book, “described in the greatest detail. . . leaving nothing to the imagination,” not to mention, among other things, 30 instances of the word “fuck,” 13 of “balls,” six of “shit” and six of “arse”!—but was ultimately deemed literature and released to the swooning, paying public (its 200,000 copy first printing sold out in one day).

The adaptation, which we’ve already been promised will be “raunchier than Bridgerton” (Lawrence spins in his grave), stars Emma Corrin as Connie Chatterley, and Jack O’Connell as the hot (but also educated!) gamekeeper, whose butt is previewed in the below trailer. My word.

Lady Chatterley’s Lover will be on Netflix on December 2—just in time for you to watch with your whole family over the holidays! In the meantime, perhaps you’d like to watch John Waters reading his favorite scene from the book or revisit one of its many softcore sequels?