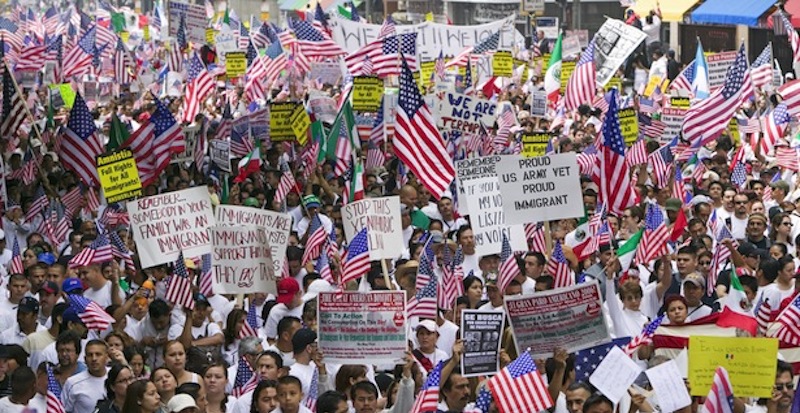 The Bad Times Come Slowly, One Cut at a Time

The last lines from T.S. Eliot’s “Hollow Men” keep coming back like a kind of omen:

Since the election, New York City has been feeling like an enormous funeral home, where we’re all alone together, more alone and more together than usual, mourning an unexpected death. There’s a grief that both separates and brings us closer (the paradox of grief, even if shared, is that it lumps people together in the most isolated of solipsisms, perhaps because pain, while the most universal of experiences, is also the most individual and impossible to share).

This grieving period is diffuse and confusing. It’s not sustained by the absolute, concrete reality of a death. It does not have the irremediable quality of an end that is already upon us, even though the electoral result is irremediable. It feels, perhaps, like a future mourning, like a mourning for the future. As if the future had suddenly evaporated and, with it, our capacity for understanding or even wanting the present.

Many people are asking themselves: where do I go from here? How do I re-imagine the future? Which narrative should I choose to explain things to myself? Narratives vary, they range from anger, to confusion, to worry, to self-pity, to speechless bafflement. One of the most irresponsible, simplistic narratives—one without an ounce of empathy for the absence of future felt by so many people—is that of Trump’s arrival as an announcement of the “end of the empire.” I’m thinking of Slavoj Žižek, who, in his eternal overdose of possibly expired amphetamines and certainly expired ideologies, preached this very sentiment before the election results. But I’m also thinking of so many others, who are still celebrating the augury of an apocalyptic end from the comfort of their writing-desk activism. I guess that, from the high peaks of intellectual arrogance, one can have the clarity to see the world falling apart. (From down here, from the viewpoint of our trivial, illegible, chaotic realities: we salute them.) Just one piece of news, Žižek-Zombies: real endings are slow, gradual and almost always bureaucratic.

This ending begins probably with treaties that will not be signed, agreements that will not be respected, decrees that will be revoked. It begins, for example, with the annulment of the Deferred Action for Childhood Arrivals (DACA) that President Obama announced in June 2012 through an Executive Action. The DACA protects youth from deportation, grants them temporary work permission, and guarantees some rights and benefits such as receiving state or private funding for university education. To be eligible, young migrants have to meet several requirements, such as being enrolled in school or having earned a high school degree, or being an honorably discharged veteran of the Armed Force, not having committed any crimes or misdemeanors, and having entered the US before the age of 16. This last criterion is of course the fundamental ethical argument in favor of granting DACA to undocumented migrants: if someone was under 16 years old when they migrated to the USA, they cannot be held accountable. In fact, testimonies of many current DACA-holders recount the same sad and frustrating story over and over again: the first time some learned they were “undocumented” was during their last year of high school, when they began their college applications and were asked for a Social Security Number—which of course they could not provide.

Trump announced that he would revoke DACA in his first term of office. The annulment of this decree is simple: it doesn’t have the status of an actual law, doesn’t involve the logistical and financial complications of building an impenetrable wall in the middle of the desert, even though a significant part of that wall already exists, and it definitely does not involve the enormous cost of mass deportation (deporting the approximately 11.2 million undocumented migrants in United States would take 20 years and cost between 400 and 600 million dollars). Revoking the DACA, on the contrary, will be cheap, easy, and could happen in a single morning. And the consequences will be devastating.

The DACA potentially benefits over 1.9 million eligible young migrants, and has already been granted to almost 750,000 applicants. The annulment of the DACA would mean leaving hundreds of thousands students currently in college, plus the hundreds of thousands who would follow them, without education or a future. DACA holders do not have US nationality (nor a direct path to citizenship), so without it they will cease to have some very basic protection from only country they consider their own. The lives of DACA-holders have already improved in many significant ways, through more and better-payed jobs, or the right to pursue higher education. Beyond quantifiable improvements, DACA gave people the freedom from living in fear. Taking back the life that has already been granted to them seems like cruelty of the worst kind: cruelty for the sake of it. The annulment of DACA would be, perhaps, very convenient, in the most sinister of ways: it would ensure that all of them, as did their fathers and mothers before them, continue working in the shadowy regions of the economy, earning less than the minimum wage, despite the fact that they pay taxes. With the end of DACA, a whole world does indeed come tumbling down. But few will even realize it, because real ends are nothing but the sum of revoked decrees, rubber stamps, signatures at the foot of the page.

So perhaps some of the questions we need to begin asking are: where do they go from here? How do we re-imagine their future? Which narrative should we choose to engage with for them? I don’t think I can bear hearing one more person declaring any variation of “Even though I am not a Trump-target, I am still hurt/worried/ashamed/full-of-guilt.” When anyone in a society is the target of institutionalized violence, everyone in that society is a target, simply because that is what living in a society means.

There has indeed been a generalized, collective social reaction that attempts to face up to what has happened, and has still to happen. For the moment, the broad-ranging civil reaction—marches, demonstrations, noise—is natural and necessary, because it generates a sense of community in the midst of so much grief, confusion, and individual fear, and secures a sense of collective purpose when surrounded by so much impotence and senselessness. But people have complex lives, jobs, families, obligations, funerals, divorces; people get bored and conform because there’s nothing else to do; people have to survive and return to lives that offer some sense of normality, even when normality is horrible and unbearable. No one can, nor should, spend every evening of the rest of his or her life in street protests (a bad dream: like being trapped in the pages of a roman engage, where Slavoj Žižek just won’t stop shouting and picking his nose).

Perhaps the key to a more durable success of the current surge in civil resistance is that whatever it is that motivates and spurs on this initial reaction is transferred from sporadic placard-waving protests to sustained daily action. All of us have to transit from the streets to institutions. From that very American-Allan-Poe “man or woman in the crowd” to organizations. From a large, noisy and generalized reaction, to the sum of millions of small, individual, more silent but also more concrete actions focused on creating and supporting community bonds. It’s not difficult, not heroic. And it could certainly happen in United States, there’s no doubt of that. I fiercely believe in the power of the civil institutions and organizations here, because I have witnessed the efforts of many of them, with growing admiration. I’ve seen so many organizations here work tirelessly for people the migration laws of their own government terms “aliens”; organizations that work for the lives of people who, in the eyes of those who want to “Make America Trumpland Already,” should be eradicated, marginalized, or “removed”—as forced deportation is more elegantly called in current legal jargon, echoing or borrowing from the very very old legal jargon of the Andrew Jackson administration, where “removal” was used to refer to the expulsion and dispossession of Native Americans from their lands, and their confinement in reservations (reserved only for those eligible for perpetual poverty).

Responses from organizations and institutions have already begun to add up. Not only from the expected ones, which normally defend people from deportation. Starting on November 9, when the results of the election were officially announced, some colleges and universities throughout the country emitted, one by one, a communication committing to support their undocumented and DACA students. These students know perfectly well they are one of the easy, immediate targets of the Trump era, with its already clear profile of apartheid or institutional racism, although no one knows yet if this will be carried through with an iron fist or a drip-feed of discriminatory policies (the latter, perhaps more dangerous for being stealthy and invisible). Aware of this, and of the justified fear and anxiety in this section of their student body, some colleges immediately announced: we will protect you, by institutional or legal means, come what may. A notable first example was UC, where Janet Napolitano immediately announced a “sanctuary campus” for undocumented students (among other vulnerable student populations), and there is now a larger national effort, the Sanctuary Campus Movement, to urge other colleges and universities to move in this direction. In colleges that did not immediately emit a notice of support, or example, such as Columbia University and Barnard, members of the faculty came together to exert pressure on the administration through letters, petitions and campus rallies.

Universities have a relative degree of autonomy and can perhaps lead the way in concrete actions like this very urgent one. The power of educational institutions is of course limited in the face of, for instance, Homeland Security, but they can offer much more than mere counseling and moral support. They can, for example, set aside funds to pay tuition fees or offer scholarships. A concrete, small, but pressing collective action now is therefore that universities seek legal routes toward protecting their undocumented and DACA students. And in the cases where universities are still on the fence or have simply not reacted from the top down, student and faculty advocacy is the only and very urgent route from the bottom up.

In the light of what is happening and will likely happen, only the sum of sustained individual actions that become collective, initially on a small scale and then larger, one by one, will prepare us for the many difficult things the Trump era announces. Only the sum of all those voices, if sustained, will add up to a new beginning, and stifle the last whimper with a beautiful bang.

*I want to thank Danielle Lewis, a member of the Teenage Immigrant Integration Association (TIIA) and my student at Hofstra University, for the research she did for this article.

Versions of this article appeared as two columns in El Pais. Translation by Christina MacSweeney. 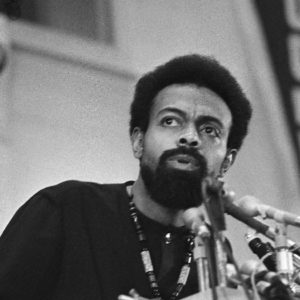 Art and literature lovers—and anyone who needs something good to listen to on their commute today—take note. The Digital...
© LitHub
Back to top