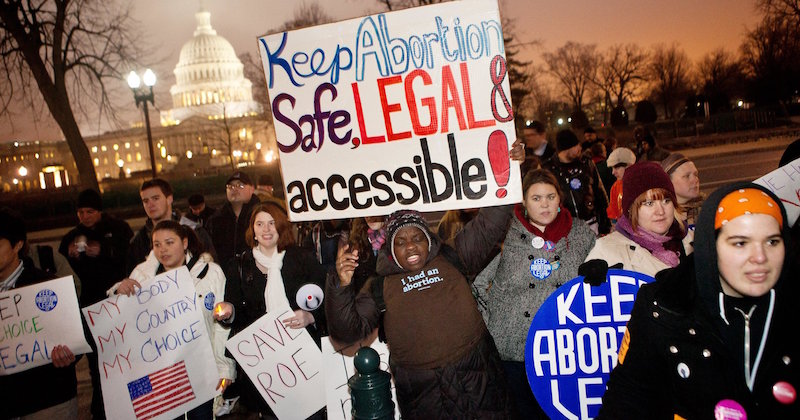 Unsurprisingly, books about abortion and reproductive freedom are in high demand.

In the wake of the overturn of Roe v. Wade by a “vehemently anti-Democratic Supreme Court,” publishers have reported higher sales of both front- and backlist titles about abortion and reproductive freedom.

Among the titles in high demand are Annie Ernaux’s memoir Happening (which was recently adapted into an excellent film), Robin Marty’s The New Handbook for a Post-Roe America, Joshua Prager’s The Family Roe (a biography of the Roe v. Wade plaintiff, Norma McCorvey), Lauren Rankin’s Bodies on the Line: At the Front Lines of the Fight to Protect Abortion in America, and Shelly Oria’s anthology I Know What’s Best for You: Stories on Reproductive Freedom.

Of course, not all publishers are interested in speaking directly about the atrocity that is the overturn of Roe —Simon & Schuster CEO Jonathan Karp, for instance, decided to send a mealy-mouthed memo letting S&S staff know that the company would be giving away two ebooks books about, uh, “finding common ground” with those with whom you disagree (or, I guess, with those who want to force you to carry a pregnancy no matter the physical, psychological, or mortal consequences!):

Glad to hear that the CEO of one of the largest publishing companies in the world (and also the one that distributes the conspiracy mongering, Sandy Hook-denying books of Skyhorse) supports a pregnant person’s right to choose… one of two ebooks (free until 7/31) that will teach them to have a more civilized fucking discourse.