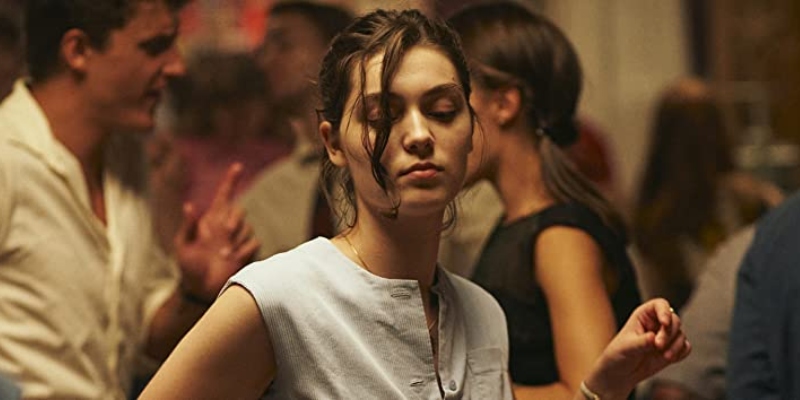 Sometimes our most harrowing life experiences are impossible to name. Such is the case with Annie Ernaux’s book Happening (L’Événement), first published in 2000 and in English translated by Tanya Leslie in 2001 for Seven Stories Press, was newly reissued by SSP and Fitzcarraldo Editions in UK in 2019—about the abortion she had in 1963, at the age of 23, when it was illegal in France. It’s also the name of Audrey Diwan’s new film adaptation of Ernaux’s book, which won the prestigious Golden Lion at its Venice Film Festival premiere last year and is slated for a limited release in the US on May 6.

Ernaux writes that in her journal from that period, she rarely referred to her pregnancy directly, calling her situation “it” or “that thing.” In the film, the protagonist, Anne (played by Anamaria Vartolomei) alludes to her pregnancy by looking at her stomach, pointing to it, or saying that she is sick with the kind of problem that only affects women. Anne rarely utters the words “I’m pregnant,” because it is both politically and personally unwise for her to speak this out loud. If she keeps the child, it will mean her dreams for her life are over. If she decides to seek an illegal abortion, she might face imprisonment—or, if the operation goes wrong, death.

Like the book, Diwan’s film presents Anne as a student of working-class background from a small town in France. For Anne and her friends, succeeding at the university level means the possibility of class mobility. Anne is an excellent student, and it’s her dream to teach literature one day, but her pregnancy threatens to disrupt her plans for the future. When Anne’s male doctor tells her she is pregnant, she pleads with him to help her do something about it; later, she tells him that she wants a child eventually but not at the expense of having a life. The doctor ultimately refuses to assist her.

In the events that unfold, Anne’s desperation is palpable, and she eventually ends up in the hospital due to excessive blood loss from an abortion that was performed clandestinely, in the apartment of a “faiseuse d’anges” (literally, a “maker of angels, or a woman who performed illegal abortions), to whom Anne is referred by an acquaintance. The doctors at the hospital presumably know that Anne had an abortion, but in an act of random generosity, they label it a miscarriage, so she narrowly avoids being prosecuted.

In Ernaux’s book, her past abortion is inseparable from the present act of writing.

Though the film and book are replete with surface-level similarities, they treat the meaning of the abortion differently. In Ernaux’s book, her past abortion is inseparable from the present act of writing. Ernaux penned Happening long after abortion had been legalized in France with the passage of the Veil Law in 1975, yet she writes that “[t]hrough this story, time has been jerked into action and is dragging me along with it.”

Both experiences, she says, started out as hidden endeavors—she wrote her book in secret, just as she attempted to end her pregnancy behind closed doors—but when her book is published, it will be like her body again displayed on the operating table, exposed for all to see. One could conclude that like her abortion, the success of Ernaux’s writing is dependent upon the generosity of others, which may take the shape of chance encounters that Ernaux cannot expect or foresee. Through this metaphor, Ernaux frames her abortion as a form of collective creation in its own right, rather than a means of making future forms of creation possible.

Diwan’s film, on the other hand, favors the latter idea by depicting Anne’s abortion as an act of individual self-realization. Her pregnancy is just one of many things that sets her apart from others. She is smarter than her classmates; other women ostracize her for being openly sexually active; and her class background sets her apart from many of her peers, including the man who impregnated her (who lives in a different city, and for whom she has no real affection).

Yet as her pregnancy progresses and the chances of having an abortion wane, it becomes increasingly difficult for Anne to access the shared temporality of university life, which is one of the only things she has in common with others. She can’t afford to worry about exam preparation because she is consumed by the timeline of her abortion and its own anxiety-inducing deadlines; in turn, the cinematography reflects Anne’s loneliness. It consists almost exclusively of close shots of her face, creating an atmosphere that is isolating, desperate, and at times claustrophobic.

The most horrifying part of Happening—both the film and the book—is the utter everydayness of this experience.

As with the book, Anne relies on the help of random acquaintances, friends, and strangers to get the abortion, but the film emphasizes Anne’s independence and sense of self-possession. For example, in the film she sells her most prized belongings to pay for the abortion, whereas in the book, an acquaintance lends her the money.

Diwan ends the film by depicting the aftermath of Anne’s abortion, where, on the outside, life is more or less the same as it was before her pregnancy. Anne begins to study for her exams again, and she tells a professor that instead of teaching, she wants to become a writer. Those familiar with Ernaux’s œuvre will know that she turns out to be an incredibly successful one.

In 1984, Ernaux won one of France’s most prestigious literary prizes, the Prix Renaudot, for her book A Man’s Place (La Place), which was about her father’s life, and which she wrote just after his death. Her work is mostly autobiographical, but it also veers into sociology and autoethnography, challenging the boundaries of what the life-writing genre can do.

The final frame of Happening gestures towards this literary future by depicting Anne taking her final literature exam, furiously scribbling down her answers, surrounded by her peers doing the same. Ultimately, this creation of writing, and her desire for more of it, is made possible because of the abortion.

In the beginning of Ernaux’s book, she says that she “couldn’t imagine sex ever being related to anything else.” It’s a provocative statement, and her story may even prove it to be untrue: far from being confined to a specific historical moment, this message also applies to many places in the world today—including the United States, where a leaked draft majority opinion indicates that the Supreme Court has voted to overturn Roe v. Wade, which would end nearly 50 years’ worth of federally protected reproductive rights.

The most horrifying part of Happening—both the film and the book—is the utter everydayness of this experience. Ernaux’s story was, and still is, identical to those of many people seeking to end their pregnancies for any number of reasons. Yet if there is a universal message to take away from Happening, it is that access to safe abortion is not universal, and it’s made more difficult depending on one’s class, race, education, and the laws under which they live.

This is not an optimistic conclusion. However, one may look to Ernaux’s own words for hope, where, towards the end of Happening, she states, “Maybe the true purpose of my life is for my body, my sensations and my thoughts to become writing, in other words, something intelligible and universal, causing my existence to merge into the lives and heads of other people.”

Is it utopic to define writing (and, by extension, the body) as something “intelligible and universal?” Maybe, but both Ernaux’s and Diwan’s narratives achieve that—not because abortion is an experience everyone will have, but because they both capture, with honesty and intensity, the everydayness of a medical procedure that continues to be unforgivably criminalized.

Caroline Godard grew up in Ohio and is a current PhD student in French UC Berkeley. She has worked widely on the life-writing genre, from Montaigne to Annie Ernaux. Her Twitter is @carolifegodard.

After Steve Jobs, The Flood: Apple Without Its Emblematic and Enigmatic Founder 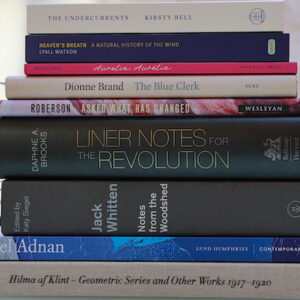 For some time, I ran a series at Entropy in which I would post my own to-read pile along with a guest’s. Entropy folded...
© LitHub
Back to top