David Searcy on the Slow Quiet of Life in a Pandemic

We’re waiting out the Pestilence in the little Texas town of Corsicana, about an hour south of Dallas where I live most of the time but in which city my wife, the artist Nancy Rebal, has forbidden me to remain, and, now, all settled into her old house, I find I’m waiting as well for a machinist friend to make and ship to me a sliding weight to balance my telescope. This seems to me, for reasons I can’t quite get at, profound. This nested waiting within the waiting. Maybe times like these intensify such things. Encourage metaphor. I imagine a mystical diagram—a Durer-like engraving of concentric spheres of lowest-to-highest forms of aspiration with deliverance or apocalypse way out there in that realm where dread and longing tend to merge, a little below the Kingdom of God, and below that all the innumerable rings of our desires, at the very center of which—Who would have thought?—so dense and bright, a little lump of bronze. I suppose I could be overthinking this but, goodness, if there ever were a time for overthinking, I am thinking, this is it.

It’s an old brass telescope—nearly as old as the house, whose oldest part, according to the plaque by the front door, was built in 1866. I think of Ewing Eric Dunn, returned from the Civil War to build it with these tall thin windows, gazing from behind the ripply glass at dusty Reconstruction soldiers passing by and maybe thinking his own apocalyptic thoughts. Much of that ripply glass remains. When you move past, the world goes wavy as in movies, older movies, when a flashback is approaching. So as I pass through the rooms I find I’m always being reminded, from the corner of my eye, of the fragility of the moment and the immanence of history. I’ll actually turn to look sometimes to see if it’s all breaking down out there. Although I know it’s not of course, it’s just the glass.

The lens of the telescope, on the other hand, despite its age is very nearly perfect. All that decorative 19th-century brass and wood—you’d think the optics probably secondary. That is not the case. They are superb. But getting all the 19th-century parts to balance—hold the long brass tube on point while using a heavy modern eyepiece—is a problem. My first night back here—or almost my first night, the first clear night—I felt a need to take it out. Perhaps to sense myself establishing a base of operations. Not that I had any operations to perform. Except to elevate my gaze above immediate concerns.

Venus shone pretty high in the west. As did the Great Nebula, M-42, in Orion. But to see them, hold them steady under higher magnifications—balance the front end of the tube against almost a pound of eyepiece at the rear—required, as it turned out, strapping on with masking tape a couple of screwdrivers and an eight-ounce bottle of Nestle’s “Boost,” a dietary supplement. Which worked as far as it went but looked quite silly. And quite compromised the pose I’d sought to strike—the ancient instrument set up behind the ancient house like that. As if to penetrate more deeply into the ancient realms where dread and longing merge. It seems to me one really needs—as well as a steady eye—an unencumbered one.

You see more people walking now. With children, dogs. We always wave from our front porch and think if they just keep on walking that direction, pretty soon they’ll find themselves out on the prairie.

It feels like On the Beach. That sense of strange, indefinite death approaching even here, our little outpost, as one goes about one’s business. I am puttering. Not a thing I generally do. Set things in order here and there about the house. Repair at last the shattered—for decades, I would estimate—back door to the garage. And always listening for the trains. So many trains through here. Their whistles late at night provide some comfort. I cannot imagine any sort of dispersed, invisible agency impeding them. That ponderous, inertial inevitability. They go where they go—that’s why your heart goes out to them. As massive as they are, they have no choice. That massive choicelessness, I think, brings consolation.

I allow myself an early morning run to the hardware store for a length of one-inch wide aluminum flat stock and some quarter-inch brass rod to make a tube-clamped rail for a sliding telescope weight. We have a workshop at our studio in town. It feels like puttering.

At last it is announced there is one case in Navarro County. Someone out there on the fringes I imagine. In a farmhouse. I imagine faint, green, misty tendrils weaving through the fields.

From our front porch—a lovely wraparound porch they added in 1890, says the plaque—you sense the limits of the town. The street, dead straight, directs your thoughts to west and east and dead flat prairie you run into either way. It is exhilarating, somehow, our exposure. Even now.

You see more people walking now. With children, dogs. We always wave from our front porch and think if they just keep on walking that direction, pretty soon they’ll find themselves out on the prairie. Think of that. An aerial view of all these kind, goodhearted, small-town people, kids in tow and dogs on leashes, walking across the prairie in a kind of trance, a kind of resignation.

It’s not really much of a workshop. Not for metal work at any rate. Except for a 50-pound vise with an anvil whose sharp edge I dress with a file in order to curl the ends of two aluminum straps to hold the rod. Then bend the tabs which, drilled for bolts, will make the closures for the clamps—whose shape I form by wrapping the straps around a pole. Then mostly filing out the hammer marks. Then sanding and steel wooling. Finally lining the clamps with fabric. Slip it onto the telescope tube and tighten it up and there you go. It looks quite fine. Like it belongs. And very purposeful—requiring only a sliding weight positionable along the rod. A beautiful sliding weight machined from beautiful reddish bronze to balance things and, as I seem to have decided, represent the greater principle. Whatever that might be.

Do you know Robert Penn Warren’s poem, “Dragon Country”? I think about it all the time, its last lines always with me. How it inexplicably lifts at the end from such an explicit, “belly-dragging” horror straight up into the dark of the metaphor like that. Into that “fearful glimmer of joy like a spoor.” It takes your breath away. We have a wooden dragon pull-toy here for the grandkids when they come. My friend Tim Coursey, who’s a genius with such mechanisms, made it out of maple—beak and wings and claws abstracted just enough to keep from terrifying children as it lurches, wonderfully lurches, toward them pulling it. I notice Nancy’s placed it, for some reason, in the unused parlor fireplace with its beaked mouth gaping up into the flue. As if it, too, were about to ascend. Intensified. Encouraged metaphor.

At 150 power or so, Venus, which has phases, resembles the quarter-moon. Faint features may appear from time to time. But not tonight. I’ve balanced the scope by draping dishtowels over the rod. Like drying laundry. But it serves. The planet—violet-rimmed the way bright objects are through these old lenses—pretty steady in the field. Except when the dogs decide to move about the shaky wooden deck. Lie down. Be still. The Orion Nebula is brighter in the darker skies out here. The smokey structure more distinct. It’s 1300 light years away. And it’s where stars—right now, what passes for right now, at least as surely as life beyond the wavy glass—are being born, condensing out of all that luminous gas and dust. I hear the trains. I hear the air is getting clearer. And wild animals are venturing into cities. Does desire condense from fear? I am ridiculous. My telescope is hung with stupid rags. 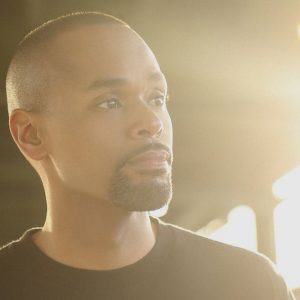 With the few friends to whom I mentioned the prospect, I always introduced it with the following caveat: “There is no...
© LitHub
Back to top