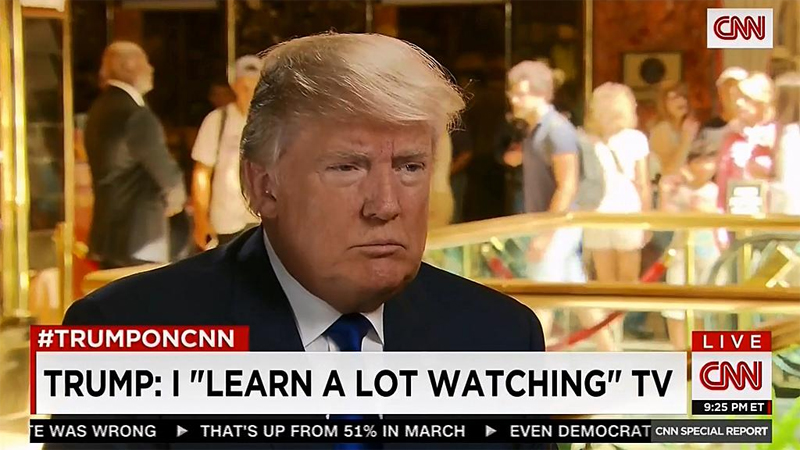 How We Use Television as a Kind of Political Language

Every revolution needs chroniclers, pamphleteers, and prophets. Emily Nussbaum has performed all those roles (and won a Pulitzer) watching the explosive cultural comeback of TV—now at The New Yorker.

We at Open Source Radio spoke to her for a program about the significance of TV—reality and otherwise—in the 2016 campaign.

Earlier this year, Nussbaum reviewed what may be the world’s biggest TV show, Game of Thrones, as kind of political puppet theater, with Sandersism, Clintonism, and Trumpism all at work, but on fantasy terrain. The host of Open Source, Christopher Lydon, asked Nussbaum what it means that, 55 years after JFK won the first television election, so much of our conversation is mediated through masterpieces of the small screen airing this year.

Emily Nussbaum: Well, it certainly is an insane year that has started to seem like the plot twists would feel unrealistic on many of the high-octane melodramas that are on TV, that involve conspiracies that go all the way to the top and the enormous plot twists. It does seem like some of the stuff that’s actually happened would be seen as unrealistic or a stretch if it were happening on a television show.

Christopher Lydon: You can’t make this stuff up!

EN: This is true. But I also think it’s been a really fascinating boom time for television shows that explore politics. And a while ago, it seemed like there was pretty much nothing on TV about politics. I mean… all the shows that I could think of were minor things like Spin City, or Benson, that had political characters but weren’t about politicians governing, running for office. And then, not just because of The West Wing and 24 which created a situation in which that was a very hot, commercial part of television—but because there’s been this enormous expansion in the language of TV drama, there’s been this boom of shows where politics are central to them.

I wanted to talk about this one show that nobody’s been talking about—this frustrates me endlessly. It’s called [CBS’s] BrainDead; it’s created by the Kings, the married couple that created The Good Wife, which was also centrally about politics. It’s about to finish out its first season and it’s getting very little attention, but to me, it’s a real standout. (Read Nussbaum’s review in The New Yorker.)

Because a lot of the shows are on TV that have explored politics—especially Scandal, House of Cards, Game of Thrones, even Mr. Robot to a certain extent — they’re all about an enormous, powerful paranoia and a sense of evil in government coming from people at the top moving levers that are causing everything down below to turn in very complicated ways. They’re sort of Rube Goldberg devices made up of insidious long cons.

BrainDead actually has a very different theme. The plot is gonna sound completely ridiculous — and it’s a very funny show! — is about the idea that in Washington, right now (it’s about the current election) a meteor has landed on the planet and released a bunch of bugs, which have invaded people’s ears in Washington and are causing them to become zombified in certain ways. But the show is a massive metaphor, because the way they become zombified is not that they become bad guys, it’s that they become increasingly partisan.

So the people on the right become psychotically right-wing, and the people on the left become intensely left-wing. The government stops working… This is one of the rare shows that actually celebrates the style of Washington that most shows put down, which is essentially deal-trading, people hanging out with people that they disagree with, and finding things in the middle—moderation and the kind of social lubrication that goes on. I actually find this very refreshing!

CL: You coined this phrase, “aesthetic Esperanto,” to describe the neutral third language in which people at the water cooler strip politics down or deal with it. What is it saying? And what does it tell you that this language has run ahead of the so-called game?

EN: By “aesthetic Esperanto” I think you’re referring to my Game of Thrones review. I was talking about the fact that that show in particular—partially I think because it’s such a strange extreme larger-than-life fantasy show, but at the same time it is very much about politics and political strategy and the ethics of politics — it’s a safe way for people to talk about their own political values.

When you talk about the Democrats and the Republicans and Trump and Clinton and Bernie Sanders, inevitably, conversations blow up, and people become enraged. If you’re talking about Game of Thrones, you can use it essentially as a language that everybody speaks, that you discuss those same things, and not end all your friendships.

I think you could make a very strong argument that 24 acted, essentially, as the propaganda wing of the [Bush] White House, and made everybody O.K. with torture.

I do think there’s some truth to the fact that the show, especially this season, has functioned as this very strange scrim for a dark view of politics, in which the question becomes, “What sort of person achieves power? What’s the best way of achieving power in a really sick system?” Because Game of Thrones is about a hyper-patriarchy in which all power is distributed through families that trade it through marriage and who kill and torture anybody in their way. Is there any way to break the extremely violent elitism of that system?

I have mixed feelings about Game of Thrones, personally, but that’s the way I was using that phrase. I was saying, “People use TV to talk about other things, because it’s a safer, more fun way to do so.” I think this is very true of [ABC’s] Scandal; it’s a really intense, over-the-top, melodramatic presentation of a kind of fantasy Washington that has a lot to do with the power dynamics of people’s identities.

Olivia Pope is the African-American fixer who’s having an affair with the white Republican president; the president has a gay chief-of-staff. That show is clearly influenced by what’s going on in the real world, but it twists and distorts it in this fascinating way, so it becomes a conversation especially about female power — the first lady is now this season running for president, much like a different first lady who’s now running for president.

I have to say what’s happening this year does seem like stuff that would happen on Scandal. Last season there was a political election going on that involved the First Lady, running against a character who was sort of like a Latino Bernie Sanders-type character, who’s running against a Southerner who’s a clear riff on Trump, and another person who was a do-gooder female politician, who’d formerly been vice president. And each of these characters rippled with real-world resonance.

It was frustrating to me that people weren’t talking more about that show, and were talking more about House of Cards, which to me is a sometimes entertaining but essentially empty and nihilistic version of Washington. It’s always my wish that Scandal will become the kind of “aesthetic Esperanto” that Game of Thrones has, that it will become the lingua franca in talking about these things.

CL: Go back to Game of Thrones for a second. Don’t we see it as the other swing of the pendulum: everything dark and dirty as a counter to the hopey-changy, innocent tone of the Obama White House?

EN: I understand that people say The West Wing was counter-programming to the [Bush] White House. To some extent, it really was a kind of fantasy holodeck for liberals to hop on board a Sorkinesque image of hypercompetent, fast-talking, romantic liberals.

I think there is something to be said for that. And I also think you could make a very strong argument that 24 acted, essentially, as the propaganda wing of the [Bush] White House, and made everybody O.K. with torture. That it was, while a highly entertaining show, a sort of conservative fever dream and a really damaging show as far as a lot of [its] real-world effects.

I think it’s way too narrow to say that Game of Thrones, or Homeland for that matter, were any kind of specific counter-programming to Obama. I think there have been a lot of images of Obama on the air back to The West Wing. Because the final season of The West Wing had a character (played by Jimmy Smits) who was explicitly based on Obama, before he got into the White House.

TV paved the way for the ability to elect somebody like Obama — specifically, to elect an African-American male president. There’d been a lot of African-American presidents on television, when there’d obviously been none in real life. I think TV has been a lot more complicated when it’s come to Hillary Clinton. There have been a lot of images of a Clinton-like person on TV, but she’s often been demonized, where it’s kind of a Lady Macbeth version.

One thing that fascinates me about shows like Game of Thrones or House of Cards, both of which I think are interesting—but what Game of Thrones most reminds me is not another drama TV show, but actually Survivor. Because those are both shows where the question of the show is, “what kind of personality wins?” They’re essentially shows about human psychological strategies as applied to politics. So they become about this question: “Does the good person become a good leader? Does the person who uses violence become a more effective leader? Is it better to be a Lannister than a Stark?” And on Survivor: “How do you form alliances? how do you betray people?” That also becomes a big conversation in real-life politics, where people say, “what kind of person is presidential? What does it take to win?” In that sense, it does become a drama!

For the rest of our program on TV in the age of Trump, visit our website, radioopensource.org. 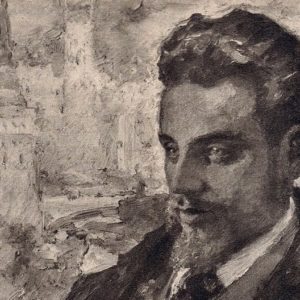 Rilke arrived at Paris’s Gare du Nord railway station on a steamy August afternoon. Travelers were advised to immediately...
© LitHub
Back to top