True Confessions of an Auto-Fictionist

The term “auto-fiction” was first coined by the French writer, Serge Doubrovsky, in 1977 to describe his novel Fils (translated as both Thread and Son) as well as to describe a genre that was part autobiography and part fiction. Autobiography, he wrote, was a privilege reserved for the important people in the world, at the end of their lives, to be written in a refined style while “fiction of events and facts strictly real” was his definition of auto-fiction and the “adventure of language” defined its style. Since then, the term auto-fiction has been the subject of much debate, particularly among French postmodern writers, who, as yet, have not arrived at a better definition.

One of these French postmodern writers, Catherine Cusset, claims that the author of auto-fiction makes a pact with him or herself not to lie and not to invent for the sake of invention, but to be as honest as possible in his or her search for the truth. Another writer, Sarah Pitcher McDonough, comes to a similar conclusion and writes: “that because auto-fiction does not abide by the autobiographical pact, it needs a new one that articulates to the reader that the author is not honest, but is sincere; he will lie, but will attempt to reflect the world with justice.” I would add that the author of auto-fiction tends to be both the narrator and the central character in his or her story, uses his or her real name, describes daily life often inventing or modifying certain facts, and does so in search not only for truth and justice but for the self.

Of course W.G. Sebald influenced me the most as a writer. His four novels, Vertigo, The Emigrants, The Rings of Saturn and Austerlitz hauntingly and uniquely combine memoir, biography, history, travelogue and fiction—a style he referred to as “documentary fiction.” The writing is filled with a moral importance and a melancholy wisdom, as Mark O’Connell points out on the New Yorker, and reading Sebald, O’Connell continues, feels like being spoken to in a dream. The voice appears to be disembodied which fits in with the advice—advice cobbled together from the last lecture he gave before his death—Sebald himself gave his students: “Fiction should have a ghostlike presence in it somewhere, something omniscient. It makes it a different reality.” Always, Sebald appears both present and absent in his text, a ghost.

Sebald’s key preoccupation is with memory—its adjustments, inconsistencies, falsities—and memory as the antidote to oblivion as well as a way of recuperating the past. In The Rings of Saturn Sebald presents the reader with Vicomte de Chateaubriand whose voice could very well be Sebald’s own: “But the fact is that writing is the only way in which I am able to cope with the memories which overwhelm me so frequently and so unexpectedly. If they remained locked away, they would become heavier and heavier as time went on, so that in the end I would succumb under their mounting weight.” Another way of coping is by the use of photographs—blurry, unidentified photos—with which Sebald intersperses his texts and which also serve to recover and illuminate the past.

Sebald also gave me permission to digress. I like obtaining and imparting information. (Dickens first introduced this—the essay in the novel.) The more obscure or bizarre the information the better, an inclination Sebald wisely qualified by saying, “write about obscure things but don’t write obscurely” which he followed up with (again from the lecture notes cobbled together by Sebald’s students): “It is hard to write something original about Napoleon, but (about) one of his minor aides is another matter.”

Although our writing styles are very different, I can’t help but mention Karl Ove Knausgaard whose work—I’ve read the first two memoirs—I admire. I have also read a bunch of interviews that he has given and I identify and agree with a lot of the things he has said. For instance, in an interview with The Guardian, Knausgaard said: “For me, there has been no difference in remembering something and creating something. When I wrote my fictional novels they always had a starting point of something real. Those images that are not real are exactly the same strength and power of the real ones and the line between them is completely blurred. When I write something, I can’t remember in the end if this is a memory or if it’s not. For me it is the same thing.”

At the beginning of my autobiographical novel, The Double Life of Liliane, there is a scene that illustrates Knausgaard’s point. On her way alone to visit her divorced father in Rome, nine-year-old Liliane steals a four-leaf clover key chain from a shop at Shannon Airport during the plane’s layover. Now I don’t remember whether this actually happened or whether I have made it up, but the point is that, at the time and due to circumstances—feeling abandoned and frightened—Liliane could easily have stolen the four-leaf clover key chain as an act of rebellion. In any case, the theft felt right to me, the writer.

But auto-fiction is not new, according to Jonathan Sturgeon in an article on Flavorwire, and as a very very old example he gives us Hesiod’s eighth century BCE epic poem: Works and Days. (In an attempt to convince his profligate brother and mend the fraternal discord, the poem describes the necessity of hard work, calling on the justice of Zeus.) The debate surrounding auto-fiction, Sturgeon continues, skipping over several centuries, moved on to the modernism of James Joyce and Marcel Proust whose portraits of artists—true to life or not—showed the workings of artistic minds and their struggle to create. For, as it has surely been already pointed out many times, in, for example, Rousseau’s Confessions, Wordsworth’s The Prelude, and Proust’s À la recherche du temps perdu—all of which are meant to be autobiographical—it is impossible to tell what is fact and what is fiction.

At the end of The Double Life of Liliane, Professor de Man, ends the seminar on French Symbolist Poets that Liliane attended at Harvard by repeating that deconstruction (the literary theory popular at the time) is the self-reflexive moment in a text when language both presents a figure of speech or trope and begins to undo or deconstruct it. This deconstruction occurs in all texts, even in autobiographical texts, and it is impossible to know whether figuration produces reference in a text or whether reference produces the figure. “Autobiography,” he continues, “occurs when it involves two persons building their identities through reading each other. This requires a form of substitution—exchanging the writing ‘I’ for the written ‘I’—and this also implies that both persons are at least as different as they are the same. In this way, I consider autobiography as an act of self-restoration in which the author recovers the fragments of his or her life into a coherent narrative.”

Autobiography then, according to de Man, is an act of restoration and recovery which, despite the writer’s best intentions, would suggest that the facts offered have been in some way altered or distorted—a natural occurrence since those facts are based on the writer’s memory, which, as we know, is unreliable. This would lead me to suggest that the difference between autobiography and autobiographical fiction lies not so much with the intent of the writers—say, the autobiographer’s attempt to adjust the facts according to what he or she remembers and the auto-fiction writer’s attempt to imagine or invent—but with the method used reporting the facts. For, after all, the purpose and the conception appear to be the same and both the writers of autobiography and autobiographical fiction are after some kind of “truth” or, at best, a better understanding of their lives and or of themselves.

Writing The Double Life of Liliane, I was less concerned with my inventions, omissions, and revelations—in fact, I write very little about myself and as I am a fairly private person, I don’t like to give too much of myself away. Instead I was intent on trying to both document and create an as yet unspoken (no one in my family spoke of the war, no one in my family spoke of being Jewish), an unrecorded (my father’s memoir, my great grandfather’s journal are private and mostly unread), and soon to be forgotten family history (I am the last member of my family to bear the name) into something more or less permanent and solid. A book placed on a shelf. Along the way, however, and inevitably, I did learn a great deal about myself, my family, and, perhaps, in many ways more important to me, how writing has shaped my life.

Lily Tuck is the author of five novels, including Siam, a PEN/Faulkner Award finalist; The News from Paraguay, winner of the 2004 National Book Award; and I Married You for Happiness; two collections of stories; and a biography. Her work has been translated in over a dozen languages and has appeared in The Best American Essays and The O. Henry Prize Stories.

"The Tsar of Love and Techno" 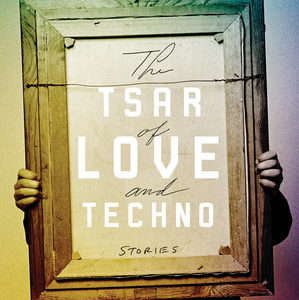 "The Tsar of Love and Techno"

Galina called to say she had bought me a first-class ticket to Moscow, and then she said that my brother was dead. I couldn’t...
© LitHub
Back to top