In the days leading up to Barbie’s cougariffic 50th birthday, most everyone had a story to tell. Mine begins in 1958 in one of the world’s oldest continuously inhabited cities, Hamadan, Iran, and it begins with my mother, then just a small girl, and Barbie’s international predecessor and antithesis: the porcelain baby doll.

My mother used to break her porcelain baby dolls, a luxury among her friends, who grew up with rag dolls sewn together by mothers and sisters. One day my grandmother, the teacup-size trophy wife of the president of the National Iranian Oil Company of Hamadan, took my mother to the local toy store in search of a replacement. To their horror, there were no dolls to be found.

She asked a clueless male cousin en route from Europe to bring my mother a new doll. When it arrived, the new doll was everything the other doll was not: here was a foot-long fussy thing, half the mass and a quarter of the weight of the old clunky ceramic suckling. Some parts were molded (earrings, lashes, breasts); others simply painted on (made-up face, polished fingernails, side-scoping eyes), and the doll wore grown-lady garb. It was the German Bild Lilli doll—the prototype that Ruth Handler used to create the American Barbie in 1959—the postwar, sugar-daddy-mongering vixen of German comic strips.

My mother was puzzled. How do you play with this? It’s a woman, not a baby! My grandmother had to take Lilli and my mother to the store, where the old dolls were restocked, and so my mother gave her European doll up for yet another breakable, but round and cradle-able, infant, the type my mother could more comfortably mother.

Twenty years later, when Cher was her icon, my mother finally got Barbie. In my infancy in Tehran, I was awarded my first, a beaming blond Malibu or SuperStar Barbie decked out in a disco metallic bikini. My mother was in love, and as soon as I was old enough to register playthings, so was I. From then, it was perpetual Barbie season in the Khakpour household.

That is, until we had to flee Iran. When my family left Tehran at the advent of the Iran-Iraq War in 1980, we left behind an entire room full of expensive toys; the casualties included my beloved Barbie posse.

The transition to another life was made easier for me, I think, by the realization that it was a small world. Barbies were to be found everywhere. On one of our first days as refugees in Paris, I shrieked my family to a dead halt in front of Galeries Lafayette, the famous department store. There, in the window display, was Pink & Pretty Barbie. My mother, who was trying to save every penny for an uncertain future, turned to my grandmother for help buying dolls once again. I was elated; Barbie was eternal and universal no matter where we were.

Once we settled in Los Angeles, I was allowed, over the years, to build up a battalion with Great Shape, Dream Date, and Rocker Barbies, with some pink Vettes and a Dream House. But toward the end of my time in elementary school, just when I was starting to look at myself in the mirror, Barbie started to make me feel uneasy. I began Sharpie-ing the hair on my Barbies black to look like mine and calling them by Persian names: Bahareh, Banafsheh, Skippareh. I even attempted to “tan” Peaches ’n Cream Barbie’s skin for hours one day, praying for her lotion-slathered skin to turn brown like mine, which it never did. I realized then that the one thing worse than being a foreigner was being a foreigner who was a girl.

Barbie started to make me feel uneasy. I began Sharpie-ing the hair on my Barbies black to look like mine and calling them by Persian names.

Just as Barbie was coming to mean less and less to me, she was coming to mean more and more to the folks back in Iran. In the still shiny and new Islamic Republic, Barbie was spotlighted as a national threat of Jane Fonda magnitude. Wary of Western influences and her nation-corrupting pulchritude, the Institute for the Intellectual Development of Children and Young Adults developed sibling dolls named Sara and Dara to compete with the influence of Barbie. They were Muslim versions with headscarves and prayer books in lieu of convertibles and boom boxes. The government raided stores that carried Barbies—but this mostly resulted in black stickers on the packaging to hide the dolls’ calamitous contours.

In April 2008, Iran’s prosecutor general, Ghorban-Ali Dorri Najafabadi, warned Iranians about the culturally “destructive” consequences of importing Barbies and again promoted Sara and Dara as alternatives. And yet at three times the price and mostly a black-market moll, Barbie reigns supreme as the doll of choice in the Islamic Republic of Iran.

In fact, Iran may be the only place where Barbie still captures young hearts and inflames adult minds. A hundred careers, fifty nationalities, forty pets, a billion pairs of shoes, and fifty thousand makeovers later, Barbie came and conquered in the last place she could. Her sales in the United States have been falling for years.

Why did my Barbies end up dismembered, naked, pierced, and slashed in the toy-dregs mausoleum of dusty closet crates? Girls do this, according to research from the University of Bath, as a “rite of passage.” I, though, felt true ire—by my pre-teenage years I was sure Barbie was in cahoots with my mother: impossibly beautiful plus an extra dose of bossy, someone who chased me around the house with lipstick before an “event.”

I was sure Barbie was in cahoots with my mother: impossibly beautiful plus an extra dose of bossy, someone who chased me around the house with lipstick before an “event.”

For one brief phase in my life, though, she got to me. By the final years of my teens, still freshly in New York, without family, without an Iranian friend in sight, I took to filling myself in and out, like a coloring book. My makeup palette turned multichromatic and mad, and for exercise I raved at nightclubs: Patricia Field stilettos, iridescent body shimmer, sparkly hot pants, and a sky-high Afro—I was all hot pink, pleather and prattle.

My mother asked me, that summer: What have you become? My life during daylight hours was constrained to a crummy cubicle in an office where I was the sole “ethnic person.” One day I found myself at lunch with the usual middle-aged, disgruntled coworkers, all women. One hairy-eyeballed my big container of dressing-less salad and Diet Sunkist Orange—either that or my gold glitter French manicure—and muttered “Persian Barbie” under her breath.

She left quickly before I could jump out of my seat and give her the hug of my life. 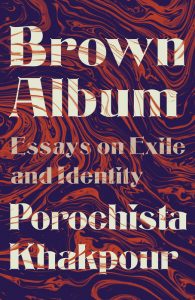 From Brown Album by Porochista Khakpour. Reprinted with permission of the publisher, Vintage Books.

Ivy Pochoda on Why Serial Killers Are Usually Not Criminal Masterminds 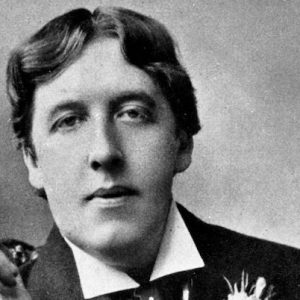 After extensive research in newspapers of the time, we can state that in 1897, many papers in the Naples area confused the presence...
© LitHub
Back to top
Loading Comments...