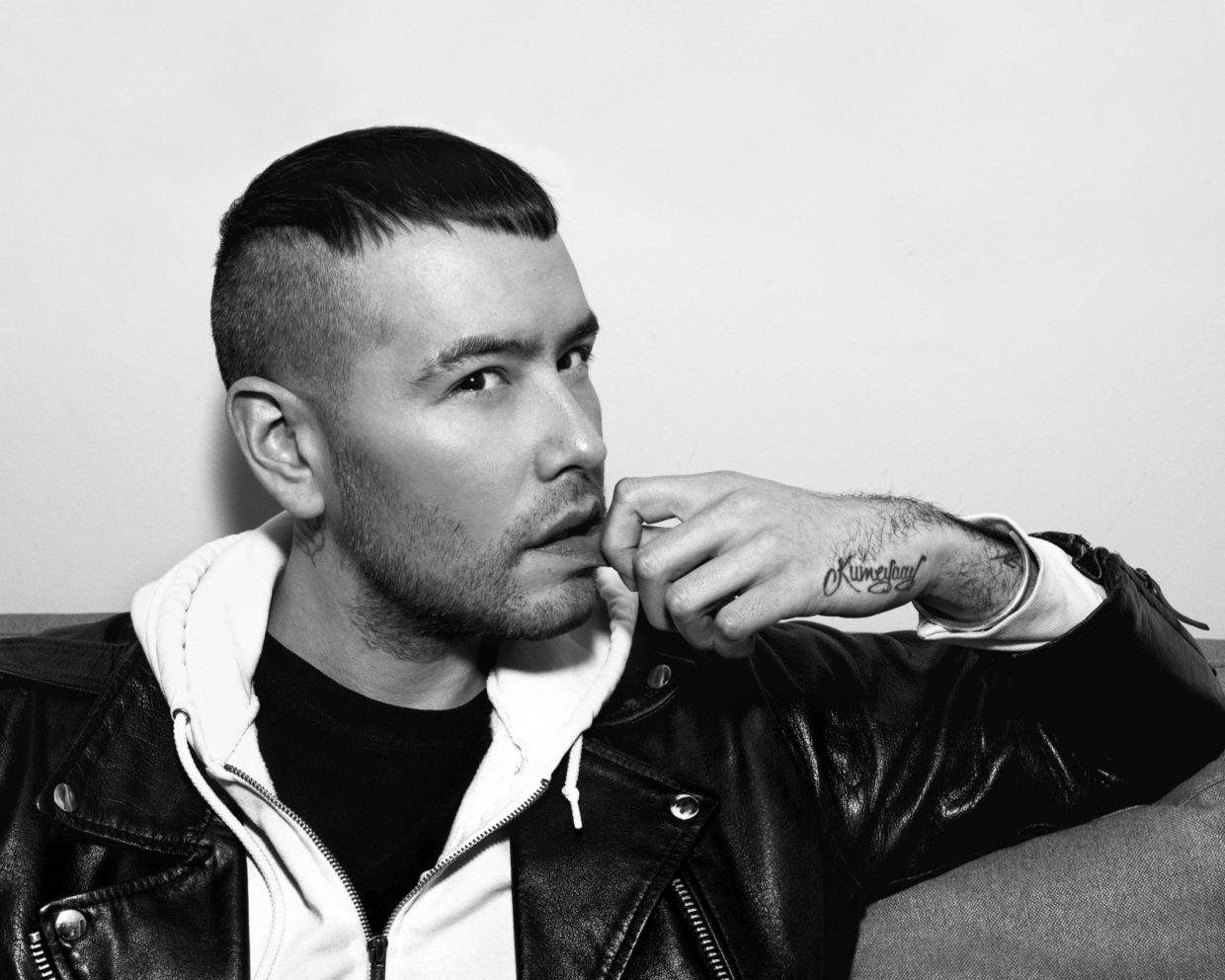 Brad Listi talks with poet, performer, and screenwriter Tommy Pico, author of IRL (Birds, LLC), Nature Poem, Junk, and the forthcoming Feed (Tin House Books). A Whiting Award winner, Pico is originally from the Viejas Indian reservation of the Kumeyaay Nation. He now divides his time between Los Angeles and Brooklyn, where he co-curates the reading series Poets With Attitude (PWA) with Morgan Parker at the Ace Hotel, co-hosts the podcast Food 4 Thot, and is a contributing editor at Literary Hub.

“A lot of [my forthcoming book] is about being a traveling performer and perpetually traveling and the excitement of that but also the loneliness of it.”

Tommy Pico: I’m kind of on a perpetual book tour, to be honest with you, which is a great life to have because it means I can afford to stay home and write for the rest of the time. But it means traveling a whole lot. Being based in New York is a lot easier to get around to other places in the Northeast in general and I don’t have to drive because the train and bus system is so extensive, whereas living out here [Los Angeles] I have to do a lot more plane travel and stuff like that.

Brad Listi: So what do you mean by “perpetual book tour”?

TP: Fortunately, my books are being taught a lot at universities, every fall and spring semester I am out on the road—to St. Louis, to Chicago, to Tampa—to all these schools and I kind of live out of a suitcase a lot of the time.

BL: And they invite you and get paid?

TP: It subsidizes my life as a writer, but it means… and I heard this quote, and I think it was from Sarah Paulson and she was talking about somebody else, but she was like, “I don’t get paid to act. I would do the acting for free. I get paid because I miss birthday parties, I miss weddings, I miss best friends,” and I feel the same way. I would perform for free, but I miss a lot. And I don’t have a romantic life because it’s hard to get traction with anyone when you’re on the road all the time. It’s the subject of my fourth book that’s coming out in the fall… and a lot of it is about being a traveling performer and perpetually traveling and the excitement of that but also the loneliness of it.

BL: Right, there is the adrenaline rush, you do the performance, and then you’re back in some weird hotel.

TP: Right, and I’m just sitting there in a bathrobe sometimes with a glass of vinho verde feeling a little bit like, “Oh, I made it,” but also feeling, “I wish my friends were here.” A lot of my friends are standups and they have very similar relationships because their lives are often subsidized by universities and comedy clubs and they’ll be in weird comedy condos or motels, and it’s so hard to know what to do with the adrenaline afterwards. I understand why people would just get fucked up or get drunk or whatever because the experience of being on stage in front of so many people, interacting with them. The kind of mental acrobatics and physical acrobatics you have to do in order to get to that point of being in front of people—because I’m very naturally shy—but in order to do that and to enjoy it and to give the audience a show… it used to be a lot harder for me to put that performance energy on and now it’s much harder for me to take it off. I don’t know what to do with myself afterwards. I’ll get off stage and I’ll be shaking and not able to talk to anybody, and then I’ll be lying in bed later unable to go to sleep, and I’m thinking, “There must be an easier way of doing this.”

“I think it’s audacious to think that you’re going to have a reader anyway, but if you do have one and they do show up, I do want to give them something.”

TP: For the majority of my twenties, I was so shy and could not get on stage. I realized the difference between selling 100 books or selling 100,000 books was me getting on stage and selling it. So I had to do a boot camp with myself. I started going to a singing teacher, would do vocal exercises, just to be able to project. I could not project to the back of a room. I had a mentor named Pamela Sneed—she’s a poet, actress, activist, and a bunch of other stuff—and she really taught me a lot of performance basics. And I also took an improv class because I heard it was good for loosening up that static. It was at UCB, and their tagline was “Think at the top of your intelligence” or something like that, and that taught me to be decisive in the moment. And also getting on stage as often as I possibly could. I created a reading series so I could get on stage every other month.

BL: So you really systematically attacked this?

BL: And you also had this insight that you’re not going to sell books unless… As a poet, that makes sense, because you have to get up in front of people. I think if people see you in an engaging, possibly funny, entertaining way, perform the work, they are more likely to connect with it.

TP: I don’t think that’s the duty of the quote-unquote poet, but it became my duty to myself and to potentially people who would read my work. I think it’s audacious to think that you’re going to have a reader anyway, but if you do have one and they do show up, I do want to give them something.

“My first couple of months trying to do this I was out of my brain. It was like, I don’t know what I’m writing about.“

TP: I’m a formalist. I started writing poetry by learning how to do sestinas, I learned how to do sonnets, I learned how to do villanelles. I learned how to do haibuns. Those were the very first poems I learned to write, and I wrote those until I could do them in my sleep. They weren’t very interesting, but I knew what I was working with. So when I do these long poems in free verse, it’s with a deep understanding of poetic structure. Similarly, I had to learn… I mean, my first couple of months trying to do this I was out of my brain. It was like, I don’t know what I’m writing about. I don’t know what I’m doing. And then I had fiction friends of mine be like, “Your character needs to have a desire, and you need to make it really hard for them to get that thing.” And they were like, “If they’re content in this part, they have to be fucked up in this part.” You know, mapping out what plot does. It’s artifice, but it’s also ancient foundational, and it’s everywhere you read, so I started to read with an eye for what was happening and watching with my hand on the timestamp. 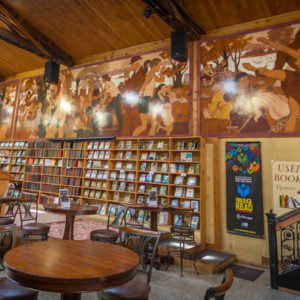 Midtown Scholar Bookstore is 15,000 square feet of space with over 200,000 used and new books. Located near the State Capitol...
© LitHub
Back to top
Loading Comments...