Walk With Us Through a Transcendent Corner of the Internet

There is a joyful corner of the internet where people don’t argue, trolls don’t troll, and the only kind of self-consciousness is an exploration of consciousness itself: the review sections of marijuana websites, where users of all stripes write eclectic assessments of their favorite weed strains. These reviews contain entire worlds of humor, honesty, pathos, and narrative. They read like the most captivating and confessional short stories, and sometimes—if you’re lucky—the reviewer becomes more vivid than a fully-realized literary character. All at once, you might find yourself sitting on his or her couch as smoke curls from a bong.

“My first time smoking this strain was yesterday and after a few hits I still wasn’t feeling anything. So I did what all amateurs do and assumed it was weak so I hit it more,” writes user bwool in a five-star Leafly.com review of King Louis XIII, a strong indica known for its high THC percentages. Already, bwool has deftly given us exposition and rising action, the first two elements of Freytag’s pyramid of dramatic structure. We brace ourselves for the calamity of the reviewer’s ascension, delivered with a perfect combination of sincerity and stoner mythos:

About five minutes later I was literally having a conversation with my cat about how jealous she had been getting of all the attention my dog was getting from the family. For a while I was almost hallucinating as I talked with inanimate objects and then saw and felt the presence of people from the future I think.

What I love most about cannabis reviews is this mixture of awe and nonchalance. Bwool suggests she has just transcended the corporeal and temporal world by encountering “people from the future.” And yet, she dismisses this absurd pronouncement with a casual wave of the hand, adding I think, as if she’s merely told us in passing that she may or may not have seen a mutual friend at Rite Aid.

Like bwool’s account, the best cannabis reviews reach toward a point of surprise. Some begin unintelligibly before shocking readers with an eloquent turn of phrase or poetic expansion. Others commence in humor and end in poignancy. “[V]aped some of this right before I decided to give myself an at-home spa night,” writes fartysmoker in her four-star review of a soothing indica called Blueberry. She continues:

I was feeling very relaxed after my bath and putting lotion on my face and rubbing it in felt incredible. I had my eyes closed and I was imagining that I was about 18 years old. I felt so young and beautiful. Then I opened my eyes and I looked like a female Jim Breuer. [I]t was scary and kind of ruined the high. I kept trying to make my eyes more open so I would look better but I couldn’t. I just went to bed.

Imagine it. The reviewer closes her eyes and slips into a fantasy. She marvels at the feeling of lotion on her skin, a sensation so simple and good it reminds her of her youth. What’s remarkable is how skillfully she ushers us into this moment of comfort and nostalgia. It’s almost impossible to read this and not feel her serenity and tinge of sadness. I picture her hair wrapped in a towel, the mirror slightly fogged, the bathroom light soft and warm. And then it all comes crashing down. She opens her eyes. She’s not 18. She’s stoned and staring at a mirror. She looks like a comedian known for facial expressions of half-lidded stupidity. She goes to bed defeated.

You might think the genre of marijuana literature has abandoned lofty considerations of the divine, and I wouldn’t blame you—online reviews normally don’t engage in philosophical or poetic investigations of spirituality. But cannabis reviews are different.

Getting high is no new fascination for writers. In 1860, Baudelaire sparked up some hash and chronicled the effects in Les Paradis artificels, his response to Thomas De Quincey’s Confessions of an English Opium-Eater. “You are sitting and smoking; you believe that you are sitting in your pipe, and that your pipe is smoking you; you exhale yourself in bluish clouds,” he writes. If this isn’t trippy enough for you, try reading the drug trials written in the 1920s and 30s by Walter Benjamin, an aesthetic philosopher with a penchant for morbid description. “I recollect a satanic phase,” he notes in On Hashish, a collection of his experiments with cannabis, mescaline, and opium. “The red of the walls was the deciding factor for me. My smile assumed satanic features, though it was the expression of satanic knowing, satanic contentment, and satanic calm, rather than satanic destructiveness.” Although Benjamin’s smile is devilish and macabre in this description, it takes on angelic qualities during one of his other highs. “In smiling,” he writes in a separate account, “one feels oneself growing small wings. Smiling and fluttering are related.” Whether a stoned Benjamin felt he belonged amongst devils or angels, it’s clear cannabis released in him a desire to examine himself, to hold his own subjectivity up against a shifting background of intoxication.

You might think the genre of marijuana literature has abandoned lofty considerations of the divine, and I wouldn’t blame you—online reviews normally don’t engage in philosophical or poetic investigations of spirituality. But cannabis reviews are different. These writers want to share their moments of transcendence with the world. “This is the most beautiful experience I have ever had,” writes psyguy5 in a review of Girl Scout Cookies. “I don’t feel worthy of the amazing journey this strain has afforded me. I’ve tried so many strains trying to find a feeling of happiness and this is it. This is heaven. This is life. I just feel so much love for the world. My entire body vibrates.” Heaven, life, happiness—these are not the usual trappings of an internet review section. Here, introspection and beatitude unite, causing psyguy5’s body to “vibrate” with a “love for the world” that recalls Benjamin’s fluttering.

Other reviewers characterize this sense of trembling rapture with the evocative panache of skilled surrealists, twisting their diction and letting their aesthetic sensibilities run wild. Greeneyedganja.girl does this beautifully in her stream-of-consciousness review of White Widow, saying: “Hybrid Piney Cedar Taste Cough Attack Creeping euphoria to the head Sets in slowly and Ceases the physical pain of exercise Feeling light as a feather At heart I felt the need to giggle, crack jokes.” Later in her review, she recommends this strain to anybody who might “want their mind woken up.”

Vignettes for the 21st century, cannabis reviews have elements of both euphoria and desperation, which is what endows them with the vitality of good literature.

Of course, it’s not all fun and games in the green-flowered land of cannabis reviews. Never longer than a paragraph, what’s left unsaid in these posts can overshadow a reviewer’s gung-ho stoner affectations, leaving readers to wonder why a person can’t stand to look at herself in the mirror or why a man has to get blazed to undergo the “most beautiful experience” of his life. But this is why these reviews are so wonderful: they contain a wealth of insight into the human condition.

Vignettes for the 21st century, cannabis reviews have elements of both euphoria and desperation, which is what endows them with the vitality of good literature. To see somebody grapple with his or her troubles in an online review is both heartbreaking and oddly life-affirming, a reminder that the written word can invite readers to empathize with total strangers. “Iraq war vet here, hooah,” writes a reviewer who has turned to Girl Scout Cookies to deal with “severe ptsd/major depression/schizophrenia.” Despite the gusto with which this review begins, the writer can’t keep his painful memories at bay, and by the end of the comment his bravado has dissolved into a sobering acknowledgement of reality: “won’t bring back 1st Class Private Ludin but it sure as hell made me forget about the day he left us,” he concludes. Like Benjamin, the veteran flutters between the good and the bad, between hope and hopelessness. And by putting this fluctuation on display, he disrupts the internet’s flat, consumerist ethos with what I think is one of the most emotionally capacious and honest forms of writing to be found in contemporary letters.

Taylor Lannamann lives in Brooklyn. His short stories and essays have appeared in The Georgia Review, Tin House Online, The Literary Review, Joyland, Kenyon Review Online, and elsewhere. He holds an MFA from The New School and has received support from The Corporation of Yaddo. He is currently writing a novel.

What Happens If You Read All the Self-Help Books? 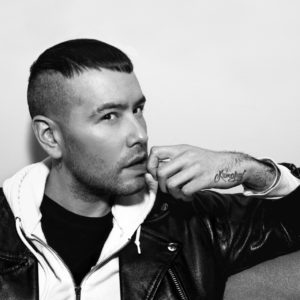