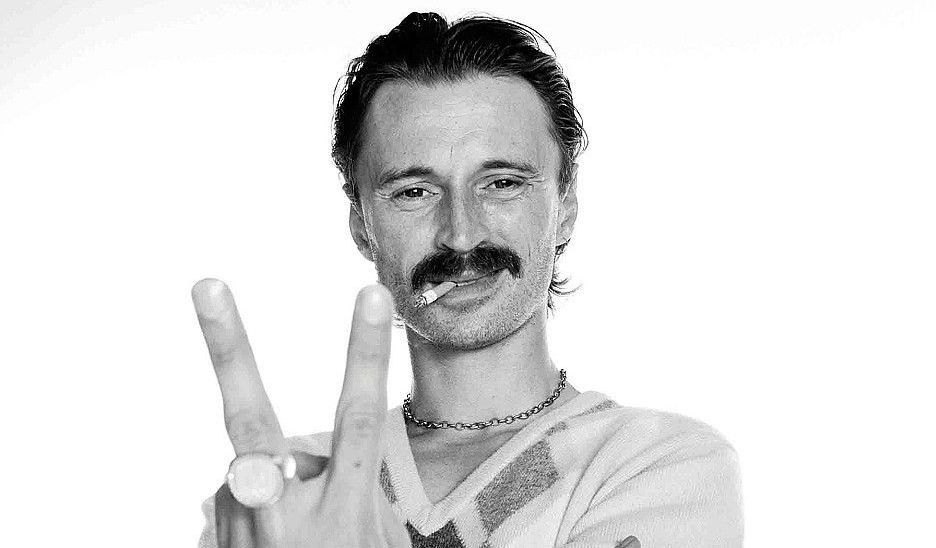 Can you imagine running a corporate Twitter account and publicly asking Trainspotting author Irvine Welsh not to swear? If you can, maybe you are “Sara” from @ShellEnergy. As people often now do when faced with the infuriatingly scripted, labyrinthine misinformation of corporate customer support Welsh decided to go public about an issue with his bill. And, being Irvine Welsh, he was a wee bit salty about it. If you haven’t spent any time on Scottish Twitter, you’re missing out: Scots dinnae gie a fuck about your station or your sense of propriety, and they will come for your pomposity and performed civility every single time. (In lovingly transliterated dialect that you may or may not ken.) It also doesn’t help if you’re a diabolically powerful multinational corporation that bears significant responsibility for destroying the planet. (Honestly, poor Sara.)

I have to say that @ShellEnergyHome are utterly useless. I’m trying to pay a bill and they haven’t sent me the details they said they would within half an hour, five hours ago. What a fucking joke.

And herein are the best of the replies (as screen shots for your viewing enjoyment). As you might imagine, the whole thread is awash in Trainspotting references and, well, fucks. 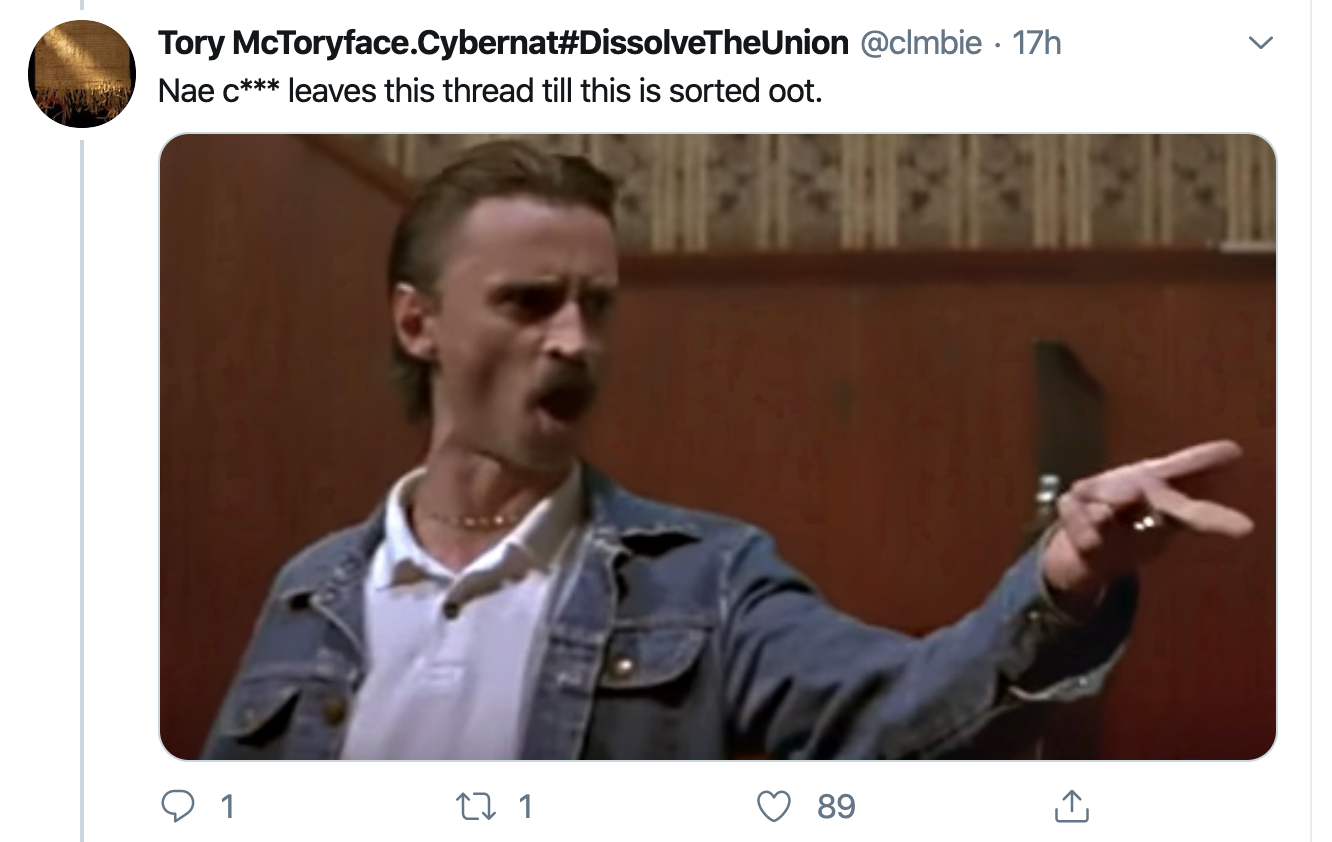 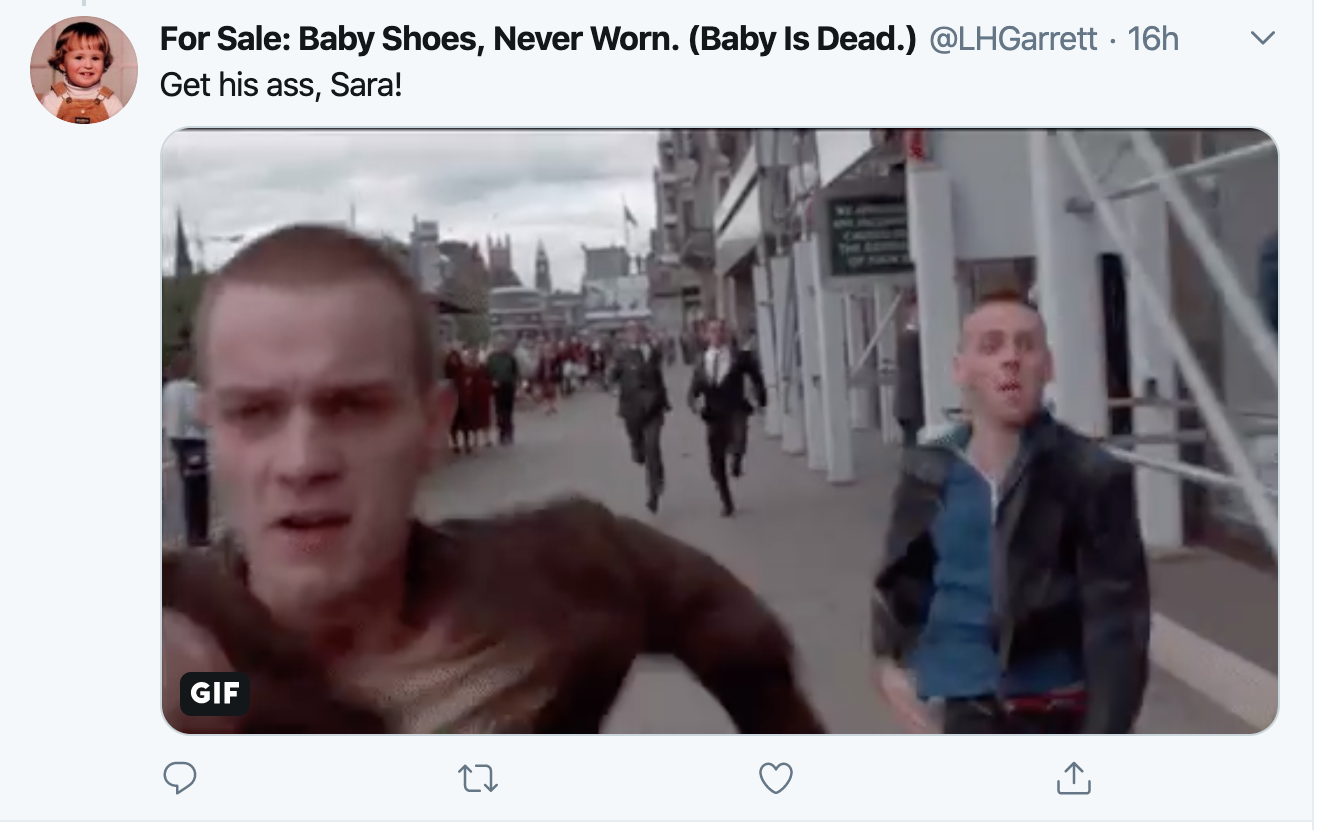 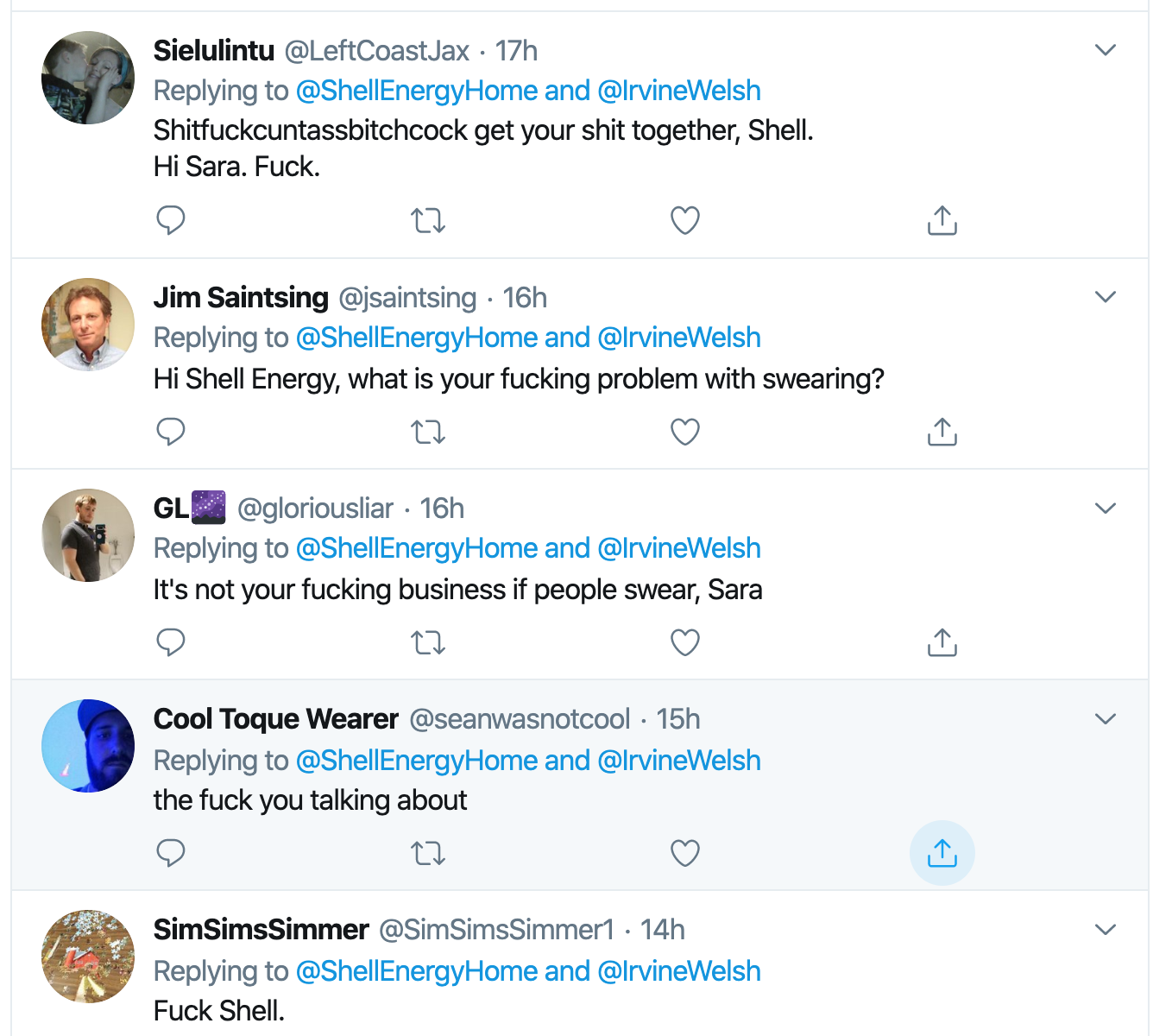 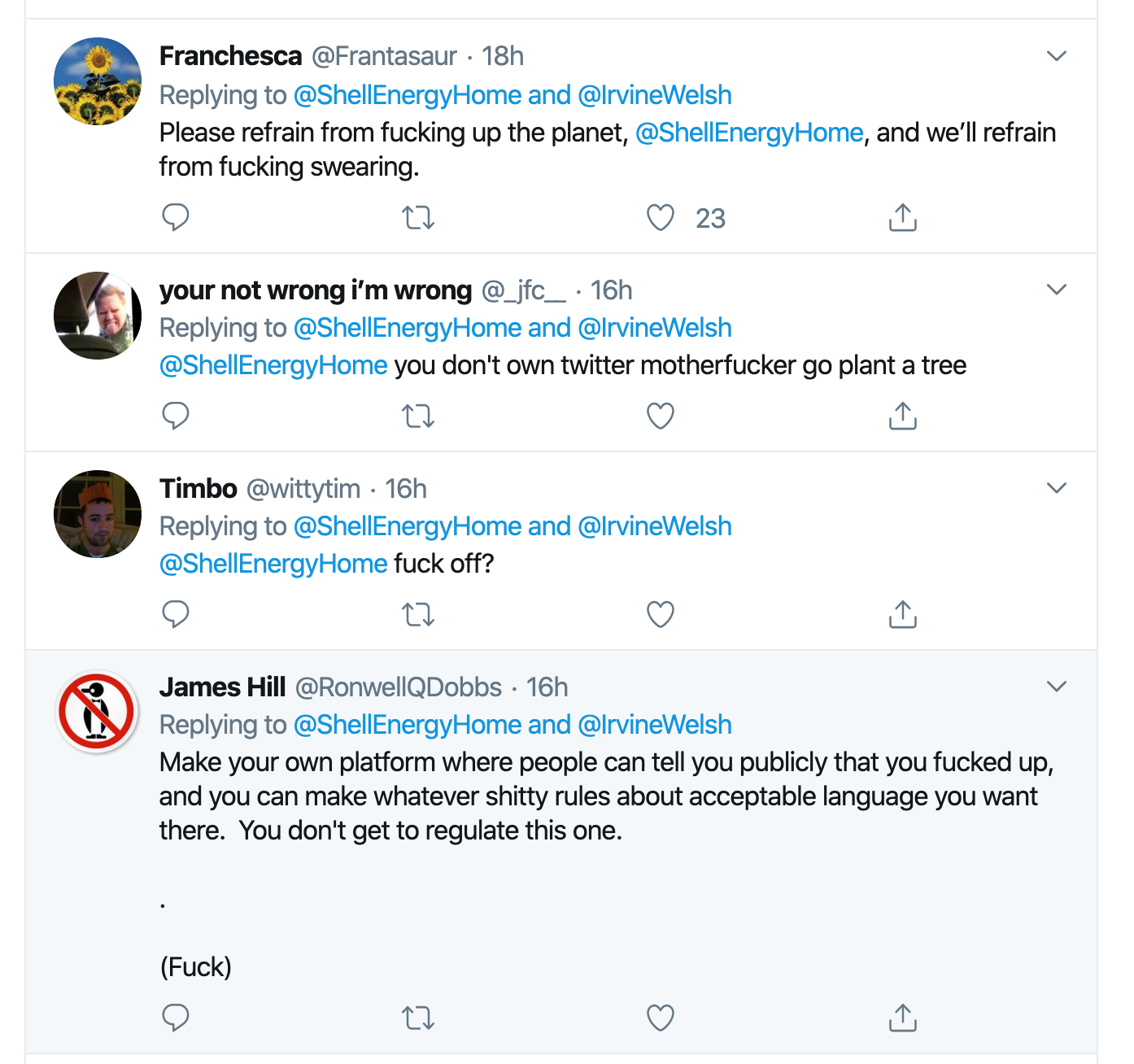