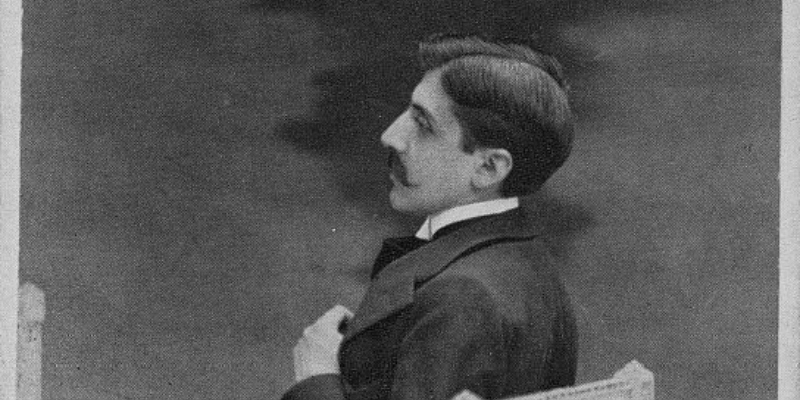 To Read or Not to Read Proust’s Swann’s Way

Since its first appearance, Marcel Proust’s magnum opus In Search of Lost Time has delighted and confounded editors, readers, and critics. Published in seven volumes over a fourteen-year period, the enormous novel has generally been recognized as both the highest form of artistic achievement and one of the most difficult reading experiences imaginable. In this episode, Jacke and Mike discuss Swann’s Way (1913) to see whether this opening volume serves as a good introduction to the entire work.

Mike Palindrome: Alain de Botton has some good details and quotes from Proust [in How Proust Can Change Your Life], and he says that “our social personality is the creation of the minds of others.” And I think that encapsulates the insecurity that Proust captures when you’re in love, and when you’re trying to become an expert in painting or fiction writing or art, and trying to master your own self and find out what makes you happy and makes you unhappy.

The world that he introduces you to is so familiar, but you don’t encounter it that often in literature. In life, you don’t encounter it—you know it. The struggle to be happy, what makes you unhappy, your class issues. But the way he unfolds it in this novel is incredible. He talks about the various footmen and lift boys and butlers and chambermaids and cooks, and it’s just this incredible kind of realization of the way you view servants and the way you think you’re above them or you try to relate to them, and how loaded these kind of social interactions are. He turns them into philosophies.

Jacke Wilson: Yeah, the sociology is a basis for his psychology. One of the things that I love so much about reading Proust, and I think this is what produces the kind of euphoria that you’re talking about, but it can also be exhausting, is it’s a little bit like sometimes you read psychiatrists or philosophers and they’re trying to boil everything down, and they’re trying to come up with a system, and they’re trying to express things in a sentence or two or a point that will explain everything. And Proust is almost the opposite of that. He’ll describe something and he’ll give you the facets of it, and then he’ll say, but there’s one other thing, too, or I actually found this contradicted in so and so’s behavior—just when I thought I understood what she was doing, then she did this, and it was a little more complicated than I thought.

Mike Palindrome: And it’s so hard to balance this in fiction. I mean, it’s hard enough to balance in a conversation. And the way he does it, it reminded me a little bit of when you first read someone like Hegel, you just think, does it need to be this abstract?  And then you you have a feeling throughout that yes, it does. I got this in Swann’s Way. There’s a passage where he’s talking about love and he says, “So, too, here was a place inside him, which he never lets his thoughts approach, forcing them, if necessary, to make a detour of a lengthy argument so that they would not have to pass in front of it. This was the place where his memory of the happy days resided.” It’s so abstract, but it has to be said this way.

Marcel Proust (1871­-1922) was born in Auteuil, France. In his twenties, following a year in the army, he became a conspicuous society figure, frequenting the most fashionable Paris salons of the day. After 1899, however, his chronic asthma, the death of his parents, and his growing disillusionment with humanity caused him to lead an increasingly retired life. From 1907 on, he rarely emerged from a cork-lined room in his apartment on boulevard Haussmann. There he insulated himself against the distractions of city life and the effects of trees and flowers—though he loved them, they brought on his attacks of asthma. He slept by day and worked by night, writing letters and devoting himself to the completion of In Search of Lost Time. 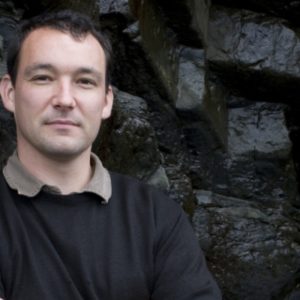