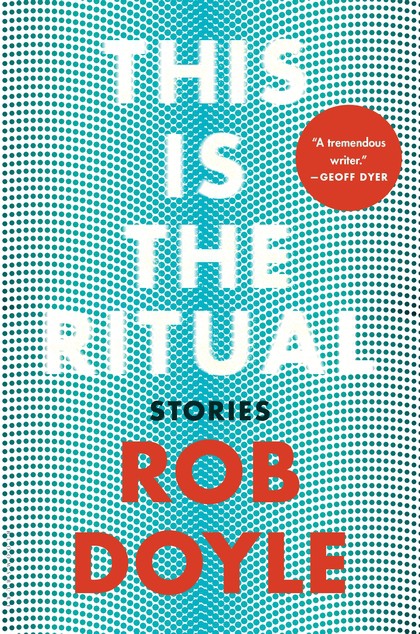 The following is from Rob Doyle’s story collection, This is the Ritual. Doyle's widely acclaimed first novel, Here Are the Young Men, was published in 2014 by Bloomsbury and the Lilliput Press and was chosen as a book of the year by the Irish Times, Independent, Sunday Times and Sunday Business Post. Doyle's fiction, essays and criticism have been published in many newspapers and journals. He currently lives in Paris.

It happens like this. While living in Paris, X writes a novel based on his experiences as an expat. The novel receives interest from several publishers, but none of them is finally willing to take it on. Meanwhile, X’s friend K, who is also living in Paris, completes her first collection of short stories. K is signed up by a literary agent and, within a month, the collection is sold to a major publisher.

While X has always been encouraging of K’s writing, in private he considers it sentimental storytelling, of no great literary moment. X begins working on another novel, but progress is slow and difficult. Meanwhile, K’s collection is published and is an immediate success. K begins appearing in newspapers and on radio shows. X and K still meet for coffee, or drink in wine bars with their friends, and take walks in the Jardin du Luxembourg. While they walk, K admits to X how pleasant it is to receive the media attention, yet ultimately how silly and inconsequential. Maybe, maybe not, thinks X.

X plunges on with his new novel. It is set partly during the French-Algerian war (he has stacks of books borrowed from the library), and partly in contemporary Paris, among expat writers like himself and K. In short, it is a more ambitious novel than his first. He soon feels overwhelmed: he has lost the thread; the novel is a chaos of interminable sentences and scenes with no clear connection to one another.

In an interview with an expat magazine, K mentions X. She refers to him as a ‘writer of real ambition, one to watch out for’. Initially, X is flattered. Soon, however, he feels only anger and disgust. It is clear to him: K now considers X to be beneath her. One evening, after a long walk from the eleventh arrondissement to the rue de l’Odéon and back again, X sits down at his desk and writes about K’s story collection. He pours all the bile and scorn that have been festering inside him on to the page. At first, he is writing the piece only for himself. By the time he has composed the final paragraph, though, he knows he will have it published.

The review is accepted by a well-known literary website. X publishes it under a pseudonym–J. Curtis. It is K’s first experience of a truly hostile review. She stays at home for two days. At the end of the second day, she calls X and talks quietly about the review for several minutes, then begins to cry. X feels uncomfortable–by now, he regrets publishing the piece and knows that, if K ever finds out who its true author is, their friendship will be over. Please come, K says. X feels he cannot say no.

On the way to K’s apartment on rue Moret, X buys a bottle of wine. They drink this together, listening to Nina Simone. Though neither of them mentions the review for almost an hour, X can see the effect it has had on K–she looks as if she has the flu. Abruptly, K opens her laptop and reads aloud some of the harshest sentences. X says nothing. Then K shuts the laptop and says, Let’s go out and get drunk. They drink red wine in a bar on the Quai de Jemmapes, by the canal. A band plays jazz. X stares at the double-bass player, a young man with a tormented expression who seems somehow familiar (for years afterwards, X will be haunted by his face). That night, X and K end up in bed together. Though this is not something that either of them has ever particularly longed for, both find it satisfying. In the morning, K stays in bed while X makes coffee, then goes out and buys pastries and croissants from the patisserie on the corner. After breakfast, they make love again. X feels an urge to confess that it was he who wrote the hostile review. He suppresses the urge.

From that morning on, X and K spend many hours each day in one another’s company. They write together through the afternoons, and see their friends in the evenings. X even begins to find a way back into his novel. In short, they are enjoying an idyll. However, X burns with guilt for the brutal review he published of K’s collection. He no longer even agrees with the arguments he levelled against her, though he knows they were of a sophistry that will have convinced many.

Years  pass. K and X have married and are now living  in Dublin. K has written two more story collections and a novel. X’s novel involving the French-Algerian war has also been published. X writes book reviews, and the couple manage to raise their young daughter solely on money earned through literary activity. One September, K leaves Ireland to give a talk at a conference in Munich, before spending three weeks at a writers’ residency near Heidelberg. While she is gone, X receives a phone call. He picks up the receiver and hears nothing. Eventually, X curses the mute caller and hangs up. Later that evening, X receives an email from an unfamiliar address. It says, You are a liar. The email is signed J. Curtis.

The next day there is a second email. The message is repeated–You are a liar–and this time there is an address: 38 rue du Borrégo, Appartement 107, Paris. This is intolerable, X thinks. He decides that he must travel to Paris while K is abroad, and confront his accuser at the address indicated.

X flies out that Monday morning, having left his daughter with her grandparents. He spends the first afternoon wandering the districts where he had spent the happiest years of his vanished youth. After dinner that evening at a bistro near the Sorbonne, X decides to enter a small cinema where a film is about to start. He sits in a middle row, away from the few scattered viewers. In the film, a man in his sixties is living with his cat in an apartment in Brussels, shunning the world. One day, a young woman appears at his door. Various misunderstandings ensue, which result in the older man and the woman driving across Europe in a sports car. (X’s French is rusty and the finer details of the plot escape him, though he believes it involves either an annulled marriage or an attempted kidnapping.) The film ends in Reims, where the woman draws a revolver and shoots a squat, bearded Asian man in a bowler hat, for reasons which remain opaque to X.

The following morning, X resolves to visit rue du Borrégo. He takes the Métro, and as he holds the overhead hand-rail and watches the Parisians sharing his carriage, he imagines the paths both his and K’s lives would have taken if K had learned, years ago, that he was the author of that cruel review. He disembarks from the Métro at Saint-Fargeau and follows the map on his phone, which takes him off the avenue, down a quiet street with high residential blocks on either side. When X reaches number 38, he presses the bell for apartment 107. There is no answer. An elderly woman exits the building and X lets himself in behind her. He ascends the poorly lit staircase until he reaches the top floor. He knocks on the door of 107. Nobody comes. He presses his ear against it, but can hear no sound from inside. He knocks forcefully, many times. He cries out, I’m here. Open up. Who’s in there? His voice resounds through the stairwell. Then X throws his weight against the door with his shoulder. To his surprise, it opens.

The apartment is bare and unfurnished. The walls, floor and ceiling are all of grey cement. There are no panes in the windows, and X can see the higher floors of the building across the street. A cold breeze blows through the apartment. X enters each room, but it is all the same. No one has ever lived here, he thinks. Fleetingly, it seems to X that he has been here many times. After standing in the middle of the largest room for a long time, he leaves the apartment.

That night, X gets extremely drunk in a series of ugly bars around Clichy. When he finally returns to his hotel, he falls into bed without undressing. His sleep is hot and jagged. As dawn filters greenly through the curtains, X dreams of K. In the dream, K’s skin is pale and she never meets X’s eyes. He tries to follow her head so he can look at her directly, but it swivels, always out of reach. Finally, her head separates from her body. Then K is gone, and the squat, bearded Asian man appears. He says to X, There is a man who has sucked your wife’s nipples. When? asks X. In August, says the Asian man.

From THIS IS THE RITUAL.  Copyright © 2016 by Rob Doyle. Reprinted by arrangement with Bloomsbury. All rights reserved.

This Season, Book Awards Are Actually Giving Us Hope 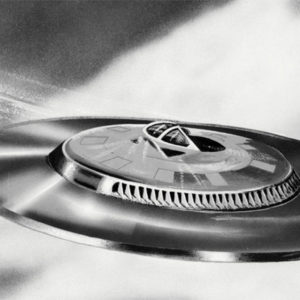