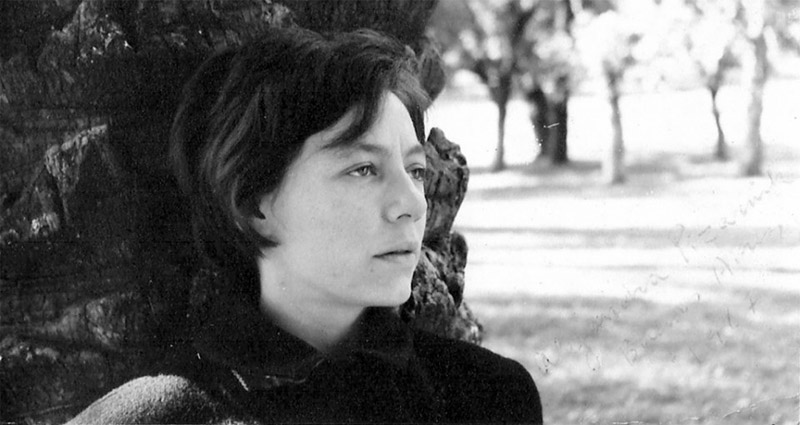 A Poet of the Night, and Love, and Terror, and Tragedy

This essay originally appeared in Music & Literature, issue 6, as “An Overdose of Seconal.”

The myth of Alejandra Pizarnik grows apace, not because she killed herself young—an overdose of Seconal, at the age of 36—but because the strengths of her language, a few “solitary ladies, desolate,” resist the passage of time. These solitary, desolate ladies were words, which, in turn, were subjects for her. Each word a subject. Sleep, death, infancy, terror, night. She combined these subjects tirelessly with a great trust in language, which paradoxically ended up awaking in her the suspicion that her words had a mortal dimension and that perhaps the only thing they named was absence.

“Alejandra Pizarnik. Just saying her name sends vibrations of poetry and myth through the air. An extreme lyric and a tragedy, too,” her compatriot Luis Chitarroni has written. And so, what with things said of her by various people, the unstoppable myth of Pizarnik grows, above all among younger readers, who see in her someone with the stature of Lautréamont and Artaud, who see in her a poet who entered hells seldom visited by contemporary Spanish-language poetry. Her myth grows among the young because they are discovering, all by themselves (for publishers today are not exactly making it easy to do so), that there was a time in literature when writers were figures shrouded in mystery: eccentric, inexplicable characters; people from another world, not like modern-day writers, most of whom profess to be ordinary people, with an ordinary current account at the bank, administrating literature from a bureaucratic desk in their ordinary office.

To the allure Pizarnik has, as a figure wrapped in mystery and an inexplicable personality, must be added the fact that, word by word, she “wrote the night,” and the reader who takes an interest in her will discover that this nocturnal writing, which had a great sense of risk, was born of the purest necessity, something seen in very few 20th-century writers: an extreme lyric and a tragedy.

Alejandra Pizarnik liked illusory or artful nights, bloody countesses, the negative side of things (“my horizon as maldoror with his hound”), the castle of astonishing purity of her verses, combinatorial art (which, as we’ve already said, limited to a few prestigious poetic words gradually led her toward the silence and the suicide of the same), surrealism, the abrupt neglect her minimalist poems fell into, poems she believed the reader should complete, Arthur Rimbaud, the idea of killing the sun to reinstate the reign of the black night, amphetamines and antidepressants, Lewis Carroll through the looking glass, young girls who open and shut themselves in a very pure, animal rhythm, Immaturity (which Gombrowicz spoke of) as a dark power, the poem-aphorisms of Antonio Porchia, the extractions of a stone called madness, and the art of Janis Joplin, to whom she compared herself in these lines:

you have to cry until you break
in order to make or utter a small song,
to scream so much to fill the holes of absence
that’s what you did, what I did.

The dark force of her Immaturity produces an irresistible attraction, and astounds in this dull age of poetry of the experience, or academic lyric poetry. Alejandra Pizarnik was born in Avellaneda, Argentina, the daughter of immigrant Russian parents, and her literary biography began very early. In 1955, in Buenos Aires, the publishing house Botella al Mar brought out her first collection, The Most Foreign Country. It tends to be said of her that, in the same way the Romantic poets or Antonin Artaud did, she made of her life and work a unique adventure. But this is probably arguable and also leads some commentators on her work to call her a “little sleepwalker on the edge of the mist” and other daft things.

Between 1960 and 1964 she studied in Paris, where she got to know Octavio Paz and Julio Cortázar, as well as French writers such as André Pieyre de Mandiargues, for instance, who wrote to her after what to my mind is the most insomniac and perturbing of her books was published, Extracting the Stone of Madness (available now, from New Directions): “I am in love with your poems: I’d like you to make lots of them and for them to spread love and terror everywhere.”

“She who died of her blue dress is singing. Her song is suffused with death and she sings to the sun of her drunkenness. Inside her song there is a blue dress, a white horse, a green heart tattooed with echoes of her own dead heart,” can be read in “Nocturnal Singer,” a prose poem from Extracting the Stone of Madness, a poem dedicated to Olga Orozco.

“I am in love with your poems: I’d like you to make lots of them and for them to spread love and terror everywhere.”

Love and terror and a tendency towards silence and yet still, Pizarnik sings. She returned to Buenos Aires in 1964, where she would go on to write such masterpieces as A Musical Hell at the same time as certain mental phantoms made their appearance. Years of verses and of psychoanalytical therapy and of frustrated attempts at suicide with barbiturates, and with her dangerous insomnia always as a backdrop, masks of the night in lost places only she knew: “Invited to go nowhere else but the very end.”

The edition of her Complete Poetry, edited by Ana Becciú, brought together work published during Pizarnik’s life, the posthumous poems collected by Olga Orozco and Ana Becciú herself and published in 1982 in Argentina, and some previously unpublished poems. There it was clear that, perhaps as César Aira says, Pizarnik’s work is none other than an investigation into the metamorphosis of the subject into poetry, carried out with a scientific spirit towards the facts themselves. This is why the unpublished poems included in her Complete Poetry give the impression that she was about to push even harder at her deceptive yet rigorous subjectivity. I say this to whoever wants to listen: when we believe we can see life and work fusing in the figure of a writer, let us consider that their life is deliberately false and has been invented solely to support the work, which truly is real.

A posthumous poem of Pizarnik’s was found written on the chalkboard in her studio: “child in prayer / rage against the fog / written in the twilight / against the dark / I want to go / nowhere if not / down into the depths / oh life / oh language / oh Isidore.” The Count of Lautréamont is Isidore. It is as if this bloody count held the key that, when her oeuvre swung shut forever, simultaneously opened it up to the mystery of the universe, which would ensure the eternal youth of this solitary, desolate lady of poetry, today seemingly at a standstill. She has stood still (Gombrowicz would say). And she is standing at a standstill just as absolute and definitive as though she were sitting still. This is what life is like; this is how Seconal expresses itself.

Translated from the Spanish by Rosalind Harvey. Translations of Pizarnik excerpts courtesy of Yvette Siegert.

Enrique Vila-Matas is a Spanish novelist whose award-winning books have been translated into 30 languages. 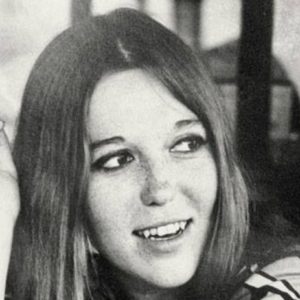 There is a particular way we love books that find us at exactly the right time, a love that swells beyond the dexterity of the writing...
© LitHub
Back to top