In the 1980s, feminist academics (including myself) became intrigued by romance reading, partly because—paradoxically—the rise of the women’s movement in the 1970s was matched by significant growth in sales of romantic fiction. Aware of dismissive or hostile attitudes to the genre, Marxist, Freudian and feminist psychoanalytic critics debated issues around mass readership, cultural representations of desire and fantasy, and the conservative or transgressive nature of popular fiction. This was also the shoulder-pads decade of career feminism and the UK’s first woman Prime Minister, Margaret Thatcher.

Throughout the 1980s, the British were captivated by the doomed marriage in 1981 of 33-year-old Prince [“Charming”] Charles and 20-year-old Lady [“Cinderella”] Diana, step-granddaughter of “Queen of Romance” Barbara Cartland. Diana was believed to read little except her step-grandmother’s novels which—as Cartland later admitted—did her little good. Cartland herself became a much-parodied figure coloring public perceptions of romantic fiction: as romance writer Veronica Henry suggested, “[romance] has suffered from the clichéd image of the eccentric novelist dressed in pink dictating her novels from the chaise longue.”

This decade produced a new batch of bestselling blockbusters which I have called “the sexy greedy saga,” by writers such as Susan Howatch, Jackie Collins, Shirley Conran, and Zoe Fairbairns. Strong, career-driven female characters have many a sexual relationship, but this no longer defines them—and a healthy bank balance makes up for lost love. The 1980s also saw re-imaginings or pastiches of romance by writers like Margaret Atwood (Lady Oracle, 1976), Marilyn French (The Bleeding Heart, 1980) and Jeanette Winterson et.al. (Passion Fruit: Romantic Fiction with a Twist, 1986), with lesbian characters and themes entering the scene. Critical studies of romance by American critics such as Tania Modleski and Janice A. Radway, and British academics Alison Light, Cora Kaplan and Jean Radford, signaled a new serious attention to the genre, and put the subject on the academic curriculum and thus national cultural agenda.

Critics have suggested the romance provides women with the opportunity for self-transcendence, to imagine being ravished, adored, protected and loved. It also enables women imaginatively to resist the constraints and excesses of a male-dominated society, and to find a cathartic space in which to explore fear and guilt, as well as revenge fantasies, around fathers and husbands. Radway’s Reading the Romance analyzed the romance reading habits and preferences of 42 women in a small US town, and confirmed what critics had argued about the complexities of romance reading.

Gone With the Wind enthusiasts were acutely aware of the shortcomings of the central characters, and were able both to understand and also criticize the flawed heroine Scarlett O’Hara, and they spent many a long hour debating with other girls and women whether Scarlett ever gets back bad boy Rhett Butler (and if not, why not). Romance, it seems, allows a declaration of independence (this is “my space, my time, my choice of books”).

“A romance novel is like a tub of ice-cream eaten when no one’s looking.”

The romance story is owned in a special way by women—in novelist Violet Winspear’s words, “a dream world for women only. An escape from the ironing board and the frying pan.”  Books of simple plots with single narrative strands and strong central characters can be picked up and put down between bouts of housework, breastfeeding, demands of a job or caring, chemotherapy and more. Three of my correspondents summarized the self-deprecatory or sardonic attitude to this kind of reading.

Amy W (aged 26) told me of her mum, “A large body of free escapism has lured her into Mills and Boon… something you can read and be absorbed in without engaging the brain.” Sixty-year-old Lucy M’s enthusiasm for romantic fiction “waxes and wanes. It’s never been a substitute for the real thing, and when a relationship is going well, I don’t need to retreat into a book.” Liisa [sic] O (36) wrote to me, “I read a lot of what I call trashy fiction, something that takes me out of the real world and into the dreamy world of happy endings…I read more women [Sophie Kinsella, Susan Lewis] as they tend to write the soppy romances I enjoy.”

Successful romantic novelist Katie Fforde told me she read romances obsessively while a young mother, when all she could talk about was nappies, and so her reading was “a place to be away from [my] own life.” Although she was “addicted” to these books, she claimed that the fantasy of a powerful man sweeping her up and taking her away from all this was a pleasurable fantasy. “I’d say most women know the difference between these and their real lives and I don’t think they think they’ll marry a millionaire. They know the difference between fantasy and reality.” For her, these novels were a “prop, like anything that’s easy to digest”—but she admitted that eventually “you get fed up with junk food.”

As I’ve already suggested, the “escape” element of reading is often equated with secretive indulgence in sweet things, the easy palate-pleasing power of forbidden (“junk”) rather than improving food. As one woman commented online, “Reading a general fiction book is like a five course meal with dessert afterward. A romance novel is like a tub of ice-cream eaten when no one’s looking.” The greedy pleasure, guilt, and slight self-disgust, women feel as binge-eaters and romance readers are a reminder of the ambivalent attitudes women have towards “naughty but nice” food and fiction.

“The reader is left in a permanent state of foreplay, but I would guess that for many women this is the best heterosexual sex they ever get.”

Writers like Fforde get irritated by the “massive snobbery” of critics towards the genre, while one romance writer I contacted (whose website is scattered with references to her long- and short-listing for romantic novel awards) claimed defensively neither to write nor read romance, and instead to be a writer of “contemporary novels for women.” Most romantic novel writers use pseudonyms, perhaps as a way of distancing themselves from what they know to be a discredited literary form. Emily Murdoch (a pseudonym) told me she describes herself to women as a romance writer, while to men, a writer of historical fiction. Veronica Henry, on the other hand, claims that people are coming round to the notion that romance “boasts some of the best writing around,” and observes wryly “there will always be prejudice against anything that has commercial success. Who’s laughing, though?”

Along with erotica, the only fictional genre written by women for women, modern romance puts women at the center of the narrative, addresses our deepest desires for love, committed and sustained relationships, and also speaks strongly to us about our dreams and fantasies (two words that crop up repeatedly). In real life the Second Sex, in romance women are never just someone’s daughter, wife or mother. Instead they are the central drivers—and in Emily Murdoch’s words, “the prize.” Although a woman reads a romance alone, often in secret away from male family members and workmates, she joins a virtual communal realm of female readers who share experiences and thus understand one another’s responses.

Given the plethora of sexologists’ accounts of female disappointment with sexual partners (usually around an inability to achieve orgasm), and women’s increasing knowledge about their bodies and sexual potential, it’s not surprising readers are turned on by narratives of male characters who understand, and know how to excite and satisfy, women’s bodies. Benedict Nightingale suggested that the fantasies in these books were “actually complaints about men,” so here is a unique space in which a woman can voice such complaints to herself and others, and dream of the ideal partner who will—in the HEA—appreciate her for everything she is and cater to her every physical and emotional need.

And of all genres, romance (like romcom films) allows women a form of expression associated most closely with femininity—namely, crying. My own research on Gone With the Wind found many women referring to it as a “twelve-hankie” book and film, while the blurbs inside Jojo Moyes’ dystopian bestseller Me Before You praise it as “a real weepie,” with reviewers urging readers to devour it “like candy, between tears” and to “Make sure you have a box of tissues to hand!” This emphasis on great romances (often with gothic themes or subtexts) as “weepies” suggests they’re designed to arouse in women bittersweet emotions and internal conflicts, best indulged in private away from the real people in our lives.

Helen Taylor is Emeritus Professor of English at the University of Exeter, Honorary Fellow of the British Association of American Studies, and Leverhulme Emeritus Fellow 2016-18. She has taught English and American literature at the universities of the West of England, Bristol, Warwick, and Exeter, where she was Head of the School of English. A specialist in literature and culture of the American South and women's writing, she has published widely in both areas. Her books include Scarlett's Women: Gone With the Wind and its Female Fans (1989, reprinted 2014), Circling Dixie: Contemporary Southern Culture through a Transatlantic Lens (2001), and The Daphne du Maurier Companion (2007), as well as a BFI Film Classic on Gone With the Wind (2015). Curator, Chair, and participant in many literature festivals, she was the first Director of the Liverpool Literary Festival, 2016 and 2018. 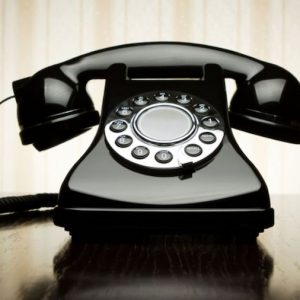 When I began researching Pharma four years ago I knew the final manuscript would bear little resemblance to the proposal...
© LitHub
Back to top