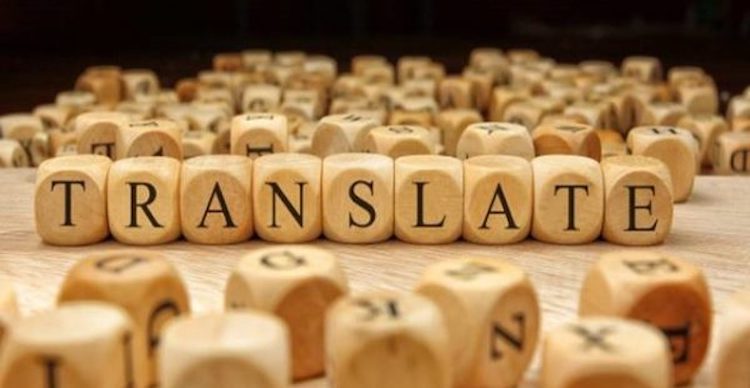 VIA AND OTHER STORIES

Kingdom Cons is a novel with music at its core, and there’s no doubt that Yuri Herrera calls the tunes. On the surface level, the book is “about” a singer-songwriter—a corrido-writing accordion player, to be precise. The protagonist is a young man who is known, at different points in his life and career, as both Lobo and The Artist. He learns early on that school is not a place for him and that songs will save his life (despite later learning that they may also jeopardize it). Abandoned by his parents, Lobo takes up his accordion (“Now hold it good… This is your bread,” says his father the day before upping sticks) and begins to compose. Much of the novel chronicles the transformation he undergoes after getting a gig at the Palace where he is employed to write and play corridos (ballads) in praise of the King’s infinite valor, power and general badassery. The Artist’s songs are all the rage with the general public and music to the ears of the King himself—and therein lies his limited clout.

Like all three of Yuri Herrera’s novels to date, Kingdom Cons presents us with a central character who is tough and yet sensitive, lives in a cruel and violent world yet finds tenderness, and—most importantly—is aware of the fact that he wields a form of influence which derives from words and the power of communication. Also, although it is in Kingdom Cons where literal music-making takes center stage, musicality is central to each of Yuri’s novels. And when it comes to translating the book, as central as the tune-filled plot is the rhythmic prose (or poetry, arguably), which is full of chords that are deceptively difficult to strike.

Herrera’s tone can be lyrical, stentorian, strident or staccato but always manages to seem improvised, almost offhanded and utterly natural. Descriptions are often in a higher register, full of sonorous finery whether reflecting The Artist’s early awe and naiveté at the splendor surrounding the King or his later disillusionment and resolve. These descriptions seem almost to glide, their flow smooth; in musical terms, reflections of this sort might be seen as legato. Much of the dialogue, on the other hand, leans slangward and is short and clipped. Kingdom Cons is full of thugs, and they speak like thugs, their cadence more staccato. The novel also contains very poetic sections, frequently presented as standalone vignettes—short marcato chapters that express the Artist’s inner-reflections or provide some insight into what made him the way he is. These sui generis verses are more philosophical or existential in nature. They are expressed in ways that make little sense at all if translated literally and as such—like poetry—depend even more heavily upon sound, rhythm and interpretation. The tenor of the prose, thus, changes frequently, and its rhythms in and of themselves constitute a kind of meaning.

To illustrate this, let me give two examples.

To start with, when Lobo arrives at the Palace for the first time, he is taken with all of the opulence therein, and his sense of wonder is reflected in a beautiful passage in which he describes the sorts of people he sees. Then he listens, struck dumb by the variety of men and women he’s never before encountered.

Lobo sidled up to circles, he pricked up his ears, thirsting to learn. He heard tell of mountains, of jungles, of gulfs, of summits, in singsong accents entirely new to him: yesses like shesses, words with no esses:… it was clear they were from nowhere near here. (emphasis mine)

In addition to the mellifluous flow of the Spanish, there are other things going on here: a conscious reflection on the musicality of language itself, an enumeration that serves as a rhythmic backbone, and a falling tone at the end which acts as a solemn proclamation and provides sonic finality. In addition, although “orillar” means “to pull over” or “to approach” (as well as multiple other things) in this context, it comes, quite beautifully, from the Spanish for “shore” (orilla), and thus hints at the topography in the enumeration in the following sentence.

In an attempt to carry across some of the sonic qualities of the original, I did a few things.  A more literal translation of the first sentence might read “Lobo approached circles and raised his ear with hunger to learn,” which would judder the flow. “Sidle” allows for some alliteration, and using “thirst” over “hunger” provides assonance with “learn.” My choices express a desire to create an analogous effect, a means of expressing wonder via sonorous prose. After the percussive enumeration, the second sentence could more directly be rendered “y’s like sh’s, words without s’s… clearly one noted that they were not from a similar land.” Fortuitously, the “y” and “sh” in the Spanish refer to an accent (generally Argentine and Uruguayan) that actually corresponds to pronouncing “yes” like “shess,” so that phrase can be rendered in English with almost no strategizing required (a feat uncommon in translation in general and rare indeed in Yuri). At the end of the sentence, I’ve made a few sonic decisions, creating an internal rhyme with clear and here, n-alliteration with nowhere and near, and insuring the falling tone of last words by using two monosyllables (near, here). In this case, the echo of “shore” (which readers of the Spanish might or might not consciously note, in the way English readers might or might not think of a rooster when calling someone “cocky”) is lost, but I’ll circle back to that that in a minute.

Two short pages later, the Jeweler notices Lobo staring at one man in particular and initiates a brief exchange. His comments are colloquial and slangy (and regional), and their cadence very different from the above description, relying on short words and pauses until the end.

Because this is so informal there’s no way to translate it literally, but a close approximation that doesn’t consider register or connotation might look something like this: “That is the Expert… Daring, the guy, big balls, but a little raised up, yes that. Don’t tell that I told you, colleague… one must not make gossip. Here the thing is to get along well with all and it goes well for you.” As might be clear from the stiltedness of this attempt at literality, most of the nouns and adjectives prior to the last sentence are markedly informal: “chaca” is slang used in Northern Mexico to refer to leaders, people in charge. “Entrón,” “güevudo” and “alzadito” in addition to being slang also each have suffixes attached to them. But despite the fact that -ón and -udo are augmentatives and -ito a diminutive, none of them need be literal. Thus saying “alzadito,” for instance, doesn’t actually mean “slightly alzado” and serves as more of a way to temper a comment; likewise, “güevudo” (a phonetic “misspelling” of “huevudo”) means that someone is ballsy—large or not. Clearly, then, there is an awful lot being signified in very few words. In English:

That’s the Top Dog… Punk’s got balls. Fearless as they come, but he’s cocky as shit… But don’t say I said so, amigo. Way it works here is, you make nice with the pack, you’ll do fine.

Shorter words, here, help produce a more broken staccato rhythm for this man’s comments, and their terseness is logical given that the Jeweler is giving Lobo, whom he’s never met, insider knowledge at a banquet, surrounded by people. Top Dog is a name I like for a few reasons: the two monosyllables are emphatic, double stressed; it doesn’t call him the Boss (which obviously can only be the King himself); it makes him an animal, and we’ll come to learn that he’s a rabid one. It also allows me to bring in a reference to a gang of animals, making clear that everyone at the Palace is part of a pack, even if the Artist is only a lap dog. In order to lower the register of the Jeweler’s comments, eliminating the definite article “the” (“Punk’s got balls…” and “Way it works…”) marks the informality and orality, as does the man’s use of “amigo.” This choice also allows for readily comprehensible Spanish, which means not having to opt for a more “located” term such as “dude” or “mate.” I don’t italicize this or other Spanish words in order not to mark them as exotic or even foreign.

As for the Top Dog’s description, “alzado” is generally taken to mean something like rebellious and derives from “alzar” (to raise). Cocky is a more colloquial way to refer to someone who’s “raised up,” i.e. high on themselves, and it obliquely teases out the animal references present. This type of decision translators refer to as compensation, i.e. the act of making up for something you weren’t able to do in one instance (create a rhyme, make a joke or pun, etc.) by doing something analogous elsewhere. Sound and rhythm, tone and cadence, these are elements of Yuri’s prose that are as integral as the story itself so it’s vital to “translate” them as well. I don’t mean to imply, though, that this particular decision was made to compensate for the indirect allusion to “shore” in “orillar.” I am not nearly that mathematical and don’t keep lists of which word or phrase is being used to make up for which rhyme or slang term or alliteration. If I did, I’d spend all day making spreadsheets, when what I want to be doing is translating! 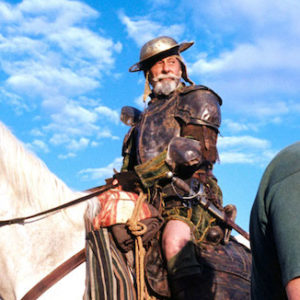 This week in literary film and television news, it was all about beginnings—and one ending that is also, hopefully, a beginning. We...
© LitHub
Back to top