The Author of Swell talks New York in the 1980s

In a recent Harper’s Bazaar piece, Jason Diamond credits Christian Science Monitor’s Hilary DeVries for inventing the term, “Literary Brat Pack.” But Wikipedia and other sources ascribe its origins to the Village Voice. And my own 1987 journal contains an account of a certain Christmas party at which a drunken freelance journalist ranted to me that the tag had been stolen from him! It caught on, in any case. And not just the label but also the zeal to condemn the so-called group of young 1980s writers. Google “Literary Brat Pack” and the paradox is evident. For decades now, we’ve been continuously dismissed.

I was 24 when my first novel, From Rockaway was published in 1987. Instantly, the press tossed me in with the established “brats”: Jay McInerney, Bret Ellis and Tama Janowitz. Thanks to these writers, publishers had realized that readers were interested in what young people were up to and what they had to say about it. Editor Gary Fisketjon had recently launched the carefully selected and gorgeously designed trade paperback series, Vintage Contemporaries. Suddenly, literary fiction was hip.

New York City was temporarily back in the black following the fiscal crisis of the 70s and affordable rents brought lots of artists and immigrants. But the streets were dirty and full of dealers hawking “Tiger, Tiger,” Life and Death,” “Works!” Prostitutes walked not only in Times Square but along Broadway on the Upper West Side. Add to this a growing AIDS epidemic and the advocacy it inspired and the mood was a strange mix of excess, defiance and carpe diem. Publishers had money for lavish advances, book parties and PR. (The From Rockaway paperback originally came with a promotional beach bag and sunglasses!). Without computers, cell phones, binge-able TV, affordable means of film and music production or round-the-clock news, competition for an audience was relatively nil. For better and worse, we were noticed.

Like a lot of avid readers, I’ve always been enthralled with the lore of writer circles—Bloomsbury, the Algonquin Round Table, the Black Mountain Poets. To be a part of such a salon has long been a fantasy. Alas, the Literary Brat Pack was not that. I’d gone to college with Bret Ellis. We were friends. Bret, separately, hung around with Jay a lot. But otherwise we were strangers or (after a few photo shoots) superficial acquaintances, a fictional “pack” of fiction writers. Even the parallels so widely noted in our work were based on little more than circumstance—people roughly the same age writing about roughly the same era. Bright Lights Big City is narrated in second person singular and focuses on a literary striver in a Manhattan party scene. Slaves of New York is a collection of witty, satirical short stories set in the art world. Less Than Zero describes rich, lost Los Angeles teenagers. From Rockaway is a portrait of lifeguards in Queens.

“They’re all very different writers,” said Adam Moss, then deputy editor at Esquire in an otherwise scathing LA Times take down. “The only thing they have in common is… to have written first books that caught the public imagination at a time when publishers… were very eager to give young people a chance.”

Nonetheless, the literary and gossip media insisted their Franken-group existed.

“A crazy kind of whiplash” is how I described it in my aforementioned journal. One day, I wake to find that the Village Voice has collaged a picture of my head into a baby carriage. Caption: Jill Spits Up. The next brings an invitation to speak at Yale. I get a bunch of nice reviews but mostly at the expense of my peers. I get hate mail with graphs meant to “illustrate scientifically” how my book causes cancer. I’m at an event signing books right next to Raymond Carver! I’m in Vanity Fair but it’s a hideous caricature of my face beside the words: “The stream of consciousness in these novels snakes along the gutters, strictly urine.” And this is a mere sampling taken from a two-and-a-half week span.

The hoopla was intense but short-lived, a season or two thirty years ago. So why the continued interest in disparaging us? “…their work hasn’t held up,” Rob Spillman writes in Salon (1997), “it’s simply not very complex or deep.” “Slightly appealing, anonymous, inoffensive, forgettable,” Michael Bourne writes in the Millions (2015). “Eisenstadt wrote a second novel [Kiss Out], which no one read, and hasn’t been heard from since,” snarks Andrew Madigan (Book Witty, 2016). The Literary Brat Pack had even made it into academic criticism: “These writers return from within post-modernism to Modernism…” (Handbook for the Twentieth and Twenty First Centuries, 2017). Few artists deemed so minor have received so much attention.

“I think it mostly has to do with the fact that we’re young and certain people don’t like the idea that we’re getting books published…” I am quoted saying, in a 1987 article by Elizabeth Wurtzel for the Harvard Crimson. “I sometimes wonder if I were middle-aged what the reviews would be like… But I guess I wouldn’t have written a book like this if I were middle-aged.”

Now, of course, I am middle-aged and From Rockaway has just been re-issued along with my new loosely related novel, Swell. I will likely not be profiled in People Magazine or asked to model a $4,000 leather cape. Not being young, the stylists won’t complain, as they did, that my hair is too big for my face (though a reporter did recently note that the bright color is “calmer” now). The churn of social media will ensure that any mention of Swell will be quickly disseminated and as quickly buried. Rockaway is no longer a little-known backwater but a happening destination, way cooler than me, a civic-minded mom of three. And yet, without exception, the really burning interview question is still and always about the Literary Brat Pack. What was it like to be a part of that?

It was surreal and exhilarating, I tell them. And even then, I understood I had stumbled into extraordinary luck. Because what stands out, after all is this (and I don’t need to consult my journal to recall the many kindnesses): Bret’s fierce generosity in putting my work forward and always sharing his success with his friends (dinner for 15 on a regular basis!); Joe McGinniss taking the time to work with me on the novel, long after I’d graduated; Richard Ford (the one and only moment we met) saying he saw Bret and me on the Today Show and admired how we didn’t take the bait, how we refused to attack one another…

Jill Eisenstadt is the author of the novels From Rockaway and Kiss Out. Her writing has appeared in the New York Times, Vogue, Elle, Boston Review, New York Magazine, and BOMB. She lives in Brooklyn. 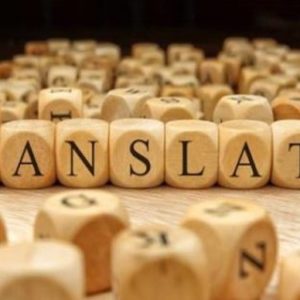 Kingdom Cons is a novel with music at its core, and there’s no doubt that Yuri Herrera calls the tunes. On the surface...
© LitHub
Back to top