ERA II: The Lost Generation and After (round one)

Their Eyes Were Watching God, Zora Neale Hurston (1937)
They fought on. “You done hurt mah heart, now you come wid uh lie tuh bruise mah ears! Turn go mah hands!” Janie seethed. But Tea Cake never let go. They wrestled on until they were doped with their own fumes and emanations; till their clothes had been torn away; till he hurled her to the floor and held her there melting her resistance with the heat of his body, doing things with their bodies to express the inexpressible; kissed her until she arched her body to meet him and they fell asleep in sweet exhaustion.

Lady Chatterly’s Lover, D.H. Lawrence (1928)
He too had bared the front part of his body and she felt his naked flesh against her as he came into her. For a moment he was still inside her, turgid there and quivering. Then as he began to move, in the sudden helpless orgasm, there awoke in her new strange thrills rippling inside her. Rippling, rippling, rippling, like a flapping overlapping of soft flames, soft as feathers, running to points of brilliance, exquisite and melting her all molten inside. It was like bells rippling up and up to a culmination. She lay unconscious of the wild little cries she uttered at the last. But it was over too soon, too soon, and she could no longer force her own conclusion with her own activity. This was different, different. She could do nothing. She could no longer harden and grip for her own satisfaction upon him. She could only wait, wait and moan in spirit and she felt him withdrawing, withdrawing and contracting, coming to the terrible moment when he would slip out of her and be gone. Whilst all her womb was open and soft, and softly clamouring, like a sea anenome under the tide, clamouring for him to come in again and make fulfillment for her. She clung to him unconscious in passion, and he never quite slipped from her, and she felt the soft bud of him within her stirring, and strange rhythms flushing up into her with a strange rhythmic growing motion, swelling and swelling till it filled all her cleaving consciousness, and then began again the unspeakable motion that was not really motion, but pure deepening whirlpools of sensation swirling deeper and deeper through all her tissue and consciousness, till she was one perfect concentric fluid of feeling, and she lay there crying in unconscious inarticulate cries.

Reading these two scenes of women being acted upon by men I’m struck first by how similar they are: how passive and nearly inert the female partner is, how little she has to do with her own pleasure. In the Hurston excerpt, her explicit refusal (“Turn go mah hands!”) is disregarded; she is “hurled… to the floor” and “held” by a man who “melt[s] her resistance with the heat of his body.” Her sole action, after her initial struggle, is a response to her male partner: “she arched her body to meet him.” Violent sex has taken these two people somewhere beyond the world of work and trouble; it has “doped” them and delivered them to sweetness.

The same desperate passivity marks the much more florid Lawrence passage. Here too a woman is worked upon for her own good; a man delivers her to a pleasure and a “fulfillment” she can’t find by herself. She lies outwardly inert and inwardly churning; her only willed action is to cling to her partner. It’s hard, reading these passages, not to feel that both of them flatter certain fantasies of heterosexual desire and male virility that one longs to see complicated.

If I lean finally toward the Lawrence it’s in large part because I’m fond of how over-the-top it is, how zany its metaphors (that sea anemone!), which in their very extravagance suggest a reverence for the richness and mystery of inner experience that appeals to me. Finally, I like the sheer joyful wildness of it; in its best images and lines (“bells rippling up and up”) this gestures toward the texture of genuine ecstasy.

Garth Greenwell is the author of What Belong to You, which was longlisted for the National Book Award and shortlisted for several other awards, including the PEN/Faulkner Award, the James Tait Black Memorial Prize, and the LA Times Book Prize. His short fiction has appeared in The New Yorker, The Paris Review, and A Public Space. A new book of fiction, Cleanness, is forthcoming.
Share: 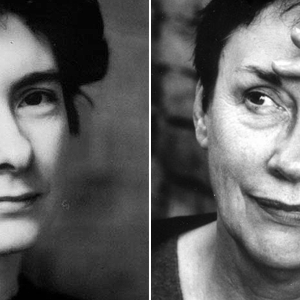