After she came back, Isabelle and I arranged to meet alone in the church.

I dug her neck into my teeth. Then I nailed her hands against the floor. Her pincers tore at me. I followed everything inside me. From now on her legs would always be spread open. I stormed her openings as if she was beleaguered fortress.

Another memory: Night after night when it was dark I crawled into I’s bed. We held hands and told each other our stories of childhood.

I don’t remember. Don’t describe what can’t be remembered. What will never be seen. What’s between the legs, I and I. She was discovering the little organ that the cock imitates. My limitations are too painful. I transformed into the sex of a dog, red and unbearable to my own eyes.

Then I peered out from beneath the sheets at an overflow of nipples.

I began once more where I had left off. A kitten rubbing and rubbing its own fur which reeks overflows into total sex. I know that night will soon be leaving us. I want to run away because this sex cannot stop, but we can’t run away because we have to be at school.

We both knew that soon it would be morning and that morning, not the orgasm, was our end.

Dennis Cooper, Sluts
The sex was unbelievable. Brad will do anything as far I can tell, but he’s definitely a bottom. He never got hard, but he sure acted like he was into it. He has the hottest, sweetest little ass, especially if you like them a little used like I do. I must have eaten out his hole for an hour. I got four fingers inside him. I couldn’t fuck him hard and deep enough. I spanked him, and not softly either. I pinched and twisted the hell out of his nipples. Nothing fazed him. All the time his cute boy face looked at me with his mouth wide open and made these sounds like he was scared to death and turned on at the same time. I came twice, first in his mouth and then up his ass. I should say that I never practice unsafe sex, but I just couldn’t help it. 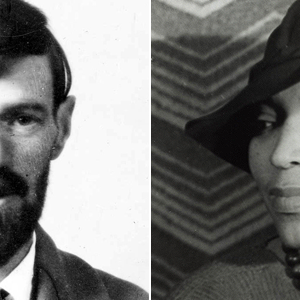 ERA II: The Lost Generation and After (round one) ZORA NEALE HURSTON vs. D.H. LAWRENCE Their Eyes Were Watching God,...
© LitHub
Back to top