The Tournament of Literary Sex Writing: The Lost Generation and After

The War to End All Wars didn’t really do that. Rather, the unprecedented carnage of WWI left a great big hole in western civilization, a void that would be filled, in turn, with nihilism, modernism, totalitarianism, humanism, atheism, surrealism… we could keep going here. It also left a generation unmoored across Europe searching for meaning, or, at the very least, an intensity of feeling. Alienated, lost, certain only of the failure of the previous generation, writers between the wars wrote with new candor, matching honesty to art in ways never before seen. Also, lots of graphic sex.

HENRY MILLER
“It was no longer just her private organ, but a treasure, a magic, potent treasure, a God-given thing.” (Tropic of Cancer, 1934)

D.H. LAWRENCE
“She lay unconscious of the wild little cries she uttered at the last.” (Lady Chatterley’s Lover, 1928)

ZORA NEALE HURSTON
“He hurled her to the floor and held her there melting her resistance.” (Their Eyes Were Watching God, 1937)

The Tournament of Literary Sex Writing: The 1980s to Now 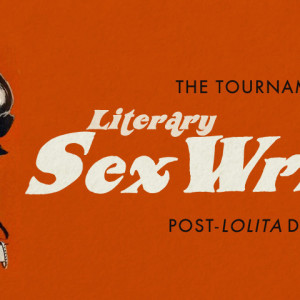 The Tournament of Literary Sex Writing: Post-Lolita Division Shock and transgression, particularly of the sexual kind, took on new meaning in post-WWII America as a vast, burgeoning...
© LitHub
Back to top
Loading Comments...