Shock and transgression, particularly of the sexual kind, took on new meaning in post-WWII America as a vast, burgeoning middle-class fled to the suburbs in search of comfort and normalcy. Though not a book about sex per se, Nabokov’s Lolita (1955) presaged a fascination with the dark side of American prosperity that continues to this day. Finally published in the United States in 1958, Lolita marked a decided shift in mass-cultural mores, inspiring increasingly daring literary depictions of sex in mainstream writing. As the finest writers of a generation sought to describe the beginnings of the sexual revolution with candor and clarity, who actually wrote it best? Find out tomorrow…

ERICA JONG
“He rests his left hand on the seat between his thigh and hers and begins to wind rubber fingers around and under the soft flesh of her thigh.” (Fear of Flying, Erica Jong, 1973)

JAMES SALTER*
“This time she is wild. The great bed begins creaking. Her breath becomes short.” (A Sport and A Pastime, James Salter, 1967)

PHILIP ROTH
“I can best describe the state I subsequently entered as one of unrelieved busy-ness.” (Portnoy’s Complaint, Philip Roth, 1969)

*James Salter beat John Updike in a pre-tournament play-in round, involving much gin and argument among members of the tournament selection committee.

The Tournament of Literary Sex Writing: The Lost Generation and After 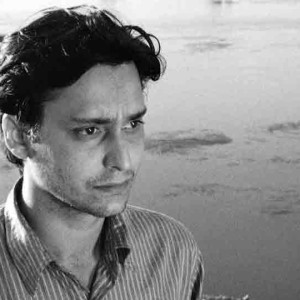 An Indian Abroad Watches Satyajit Ray in New York The Indian director Satyajit Ray’s classic, The World of Apu, was playing at the cinema in a special restored print. I had never...
© LitHub
Back to top
Loading Comments...