Our first cut-off, the publication of James Joyce’s Ulysses, is as useful as any to signify the hard turn to the modern and away from classical metaphor and its indistinct euphemizing (which to that point had been the principal language of written sex). Of course, writing before Ulysses represents a not insignificant amount of all recorded literature, so we’ve limited things to the conventional novel. Here, then, are the first-round match-ups for the Pre-Ulysses Division. Read the passages tomorrow, and find out who advances…

GUSTAVE FLAUBERT
“…weakened, bathed in tears, hiding her face, with a long tremor she gave herself up to him.” (Madame Bovary, 1856)

KATE CHOPIN
“When he touched her breasts they gave themselves up in quivering ecstasy, inviting his lips.” (“The Storm,” 1898)

JOHN CLELAND
“Oh then! the fiery touch of his fingers determines me.” (Fanny Hill, 1748)

BRAM STOKER
“The girl went on her knees, and bent over me, simply gloating.” (Dracula, 1897)

The Tournament of Literary Sex Writing: The 1980s to Now

The Tournament of Literary Sex Writing 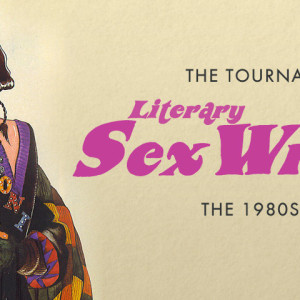 The Tournament of Literary Sex Writing: The 1980s to Now As the great utopian aspirations of the 1960s circled down the drain of 1970s malaise, the radical and transgressive drifted...
© LitHub
Back to top
Loading Comments...