The Indian director Satyajit Ray’s classic, The World of Apu, was playing at the cinema in a special restored print. I had never seen the movie. I had watched Pather Panchali, the first installment of the Apu trilogy, which tracks the coming of age of a young Bengali boy, years ago, on a dusty TV screen in Park Slope, and found it boring, and since then I had avoided Ray.

Ray is considered a lodestar of world cinema, one of its shining triathletes, along with Akira Kurosawa and Ingmar Bergman. To state his name is to evoke auteur cinema. He is a sort of God of the East—whose reputation resides in the West.

I have learned to be wary of such characters because I am one of them—an Indian writer living abroad.

But I was in New York only for a few days, and the multiple screening times at Film Forum played on my conscience, and so, when an American friend, a scholar of American decolonization, said he wanted to go, I was convinced.

Summer in New York with its evening static: the pavement in front of Film Forum was full of people slouched in a line. I’d been there many times to watch American and European classics—Le Mépris, Scarlet Street, On the Waterfront—but now felt unaccountably nervous as a representative of the filmmaker’s country in the crowd. Most of the people in the audience were white and old. They had the gaunt look of people who have seen all the important movies and can now only look forward to reruns. A couple—friends of my friend, an Italian journalist who covers Brussels and his Indian-Irish wife who is an editor at a newspaper—came out of Aparajito, the second film, which had just ended. They looked stunned and a little bored and when we joked that they should see the third one with us, they withered away into the night.

The halls of Film Forum are narrow. One has the sense of being constantly pressed in even after one has found one’s seat. When you get up, the entire row xylophones up as you pass; only one side of each row has an exit. The movie came on with its staticky, jerky print familiar from the Criterion Collection. A world swam into view. The World of Apu is the story of a struggling writer in 1950s Calcutta. The writer is young; he is an orphan; he has just graduated from college. In the first scene, we see a professor encouraging Apu to keep writing stories; in another, Apu’s landlord upbraids him for not paying his rent even as Apu shaves with the enthusiasm and glee of Buck Mulligan in Ulysses, finally retorting that he doesn’t pay because, “It’s a sign of greatness.” He has a cheerful soft face which smiles and laughs at the wrong times; there is something a little unnatural about him.

In the first few scenes, my own discomfort reached a boiling point. I didn’t find the opening funny at all. In fact, I found it clichéd and poorly acted. Hadn’t I seen this type of plot, about this kind of solitary character, a million times in the West? Why then were people laughing at his every word? Was it out of a tickling familiarity or condescension? I wanted to tell them to stop, to judge the art from my country on the same standard they judged theirs. But then I started laughing too.

The movie begins in Apu’s grimy room, but soon ventures out into the cells of Calcutta, where he seeks a job to support his ambition. His first visit is to a dingy primary school; here a bunch of lounging corrupt men send him packing when they hear—or don’t—that he is overqualified for the job. “But I got that before Intermediate,” he says of the Matriculation degree they demand. “What did the advertisement say?” a toothless teacher shoots back. Next Apu finds himself at the office of a pharmaceutical bottling factory. He is so eager to accept the job that the hiring clerk, who can clearly see Apu’s artistic sensibility on his face, tells him to go have a look at the workplace first. Apu comes across a morose group of men in a tiny room gluing labels on vials. There is the grating sound of glass on glass.

As the visual language of the film establishes itself, one learns that the awkwardness is part of the plan. The movie is darting the way it does because it is about to swallow, like a snake, an enormous plot development: Apu’s sudden marriage to a woman whose wedding he is attending as a casual guest. This scene is so surprising and so delightfully weird that one just shakes one’s head in disbelief. Only a person as awkward and divided as Apu could have agreed to go ahead.

At this point my self-consciousness about audience, about the people around me, fell away. I was entranced.

The rest of the movie is a meditation on young love, on how it quickly develops and falls apart, and it brought tears to my eyes as well as to those of the Americans sitting next to me, who began wiping the spaces under their glasses. And I began to see too how Ray’s movie, in a way, was in direct conversation with the West and the people in this hall. In one of the first scenes in the movie, we see Apu fingering books by H.G. Wells on his shelf; later, when he goes for a walk with his friend Pulu, who will be accidentally instrumental in his sudden marriage, Apu talks about Keats and Dostoevsky as if they’re next of kin. All these things establish a Western flavor in an Eastern world; of Western ambition reaching past the shanties and pig-infested train tracks. But slowly the world of 1950s Bengal reasserts itself. Superstition and marriage close in on him; death takes away his wife; society maxes out his ambitions. What is Apu if not a crazy dreamer from the start? But the magic of the movie is to envelope him in its charm—and its tender Ravi Shankar score—and ennoble him.

Ray himself was a version of this dreamer—albeit one who escaped. Growing up in Calcutta in the 1920s and 1930s, he subscribed to Picturegoer, Photoplay, and Sight & Sound. By his own account, he was mad for Hollywood and Western classical music, though he also inoculated himself by learning Indian and Japanese painting techniques at Tagore’s school. He watched everything—on a visit to Europe, when he was older, working in advertising, he reported seeing 99 films in six months, including the The Bicycle Thief.  His leg-up into the world of cinema came first from Jean Renoir, who was in Calcutta scouting for locations for The River and encouraged Ray to “turn aside from the Hollywood world.” Later, when Ray was working on his first film, Pather Panchali (which he wrote on the boat back from London, fired up after the 99 films), a curator from the New York MOMA came to India, saw the stills, and accepted it to be premiered at the MOMA, before it was even finished. It showed there—without subtitles (there hadn’t been time for that)—in 1955 and was immediately hailed a “triumph of imaginative photography” for its sensitive scenes of rural Indian life. When it was released widely in New York in 1958, it played for eight months.

This was a far cry from Ray’s reputation in India, where, though he was quickly recognized as something of a national treasure—Nehru himself requested early-screenings of his films—Ray suffered a succession of box-office failures. He recalled somewhat bitterly that, when Pather Panchali was first shown in Calcutta, “only the foreigners” liked it. In a weird way, he remains an Indian director who is loved and seen more in the West than in India. It was possible that this churning crowd, agitating around Film Forum for this week of Ray retrospectives, was larger than one that would turn out for such an event in a city like Delhi.

I stepped out into the serene street, with its cascades of traffic on the enclosing avenues. In his memoir My Years With Apu, Ray describes watching the audience coming out of the opening day of Pather Panchali at the Fifth Avenue Playhouse, “wiping their tears and blowing their noses.” An African-American couple, waiting for him, came up to him and told him that the film was “the best they’d ever seen.”  I wish I could have been there to greet him too. It would have been interesting to have met Satyajit Ray in New York.

Featured image from The World of Apu.

Watch: Karan Mahajan talks to Lit Hub at the National Book Awards on the ongoing doubt he feels from his novel The Association of Small Bombs, a heart-wrenching tale of terrorism’s effect on families and communities.

Karan Mahajan is the author of the novels Family Planning and The Association of Small Bombs, a finalist for the 2016 National Book Awards. In 2017, he was named one of Granta's Best Young American Novelists.

They Call Him Scarface Because He's Sad 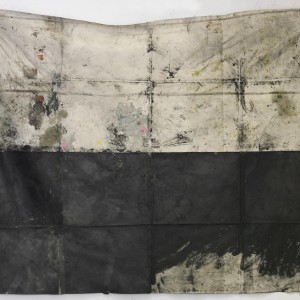 They Call Him Scarface Because He's Sad

The slow dance of David Tomas Martinez's new poem is all about that most ancient of interfaces: the human body, and of its sweetly...
© LitHub
Back to top