ERA I: Everything prior to the 1922 publication of James Joyce’s Ulysses.

Bram Stoker, Dracula
The girl went on her knees, and bent over me, simply gloating. There was a deliberate voluptuousness which was both thrilling and repulsive, and as she arched her neck she actually licked her lips like an animal, till I could see in the moonlight the moisture shining on the scarlet lips and on the red tongue as it lapped the white sharp teeth. Lower and lower went her head as the lips went below the range of my mouth and chin and seemed about to fasten on my throat. Then she paused, and I could hear the churning sound of her tongue as it licked her teeth and lips, and could feel the hot breath on my neck. Then the skin of my throat began to tingle as one’s flesh does when the hand that is to tickle it approaches nearer, nearer. I could feel the soft, shivering touch of the lips on the super sensitive skin of my throat, and the hard dents of two sharp teeth, just touching and pausing there. I closed my eyes in a languorous ecstasy and waited—waited with beating heart.

John Cleland, Fanny Hill
Oh then! the fiery touch of his fingers determines me, and my fears melting away before the growing intolerable heat, my thighs disclose of themselves, and yield all liberty to his hand: and now, a favourable movement giving my petticoats a toss, the avenue lay too fair, too open to be miss’d. He is now upon me; I had placed myself with a jet under him, as commodious and open as possible to his attempts, which were untoward enough, for his machine, meeting with no inlet, bore and batter’d stiffly against me in random pushes, now above, now below, now beside his point; till, burning with impatience from its irritating touches, I guided gently, with my hand, this furious engine to where my young novice was now to be taught his first lesson of pleasure. Thus he nick’d, at length, the warm and insufficient orifice; but he was made to find no breach practicable, and mine, tho’ so often enter’d, was still far from wide enough to take him easily in.

I prefer the exact, if psychologically revealing, descriptions of Dracula to florid old Fanny Hill…

Molly Crabapple is an artist and writer living in New York City. She contributes regularly to VICE, The New York Times, and many other publications. Her memoir, Drawing Blood, is out now from Harper Collins. 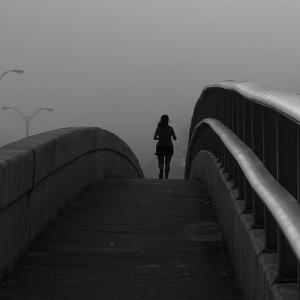 I wasn’t sure I had the right to be a writer in the face of normalcy; I wasn’t sure what adventures I might write about. Amy...
© LitHub
Back to top