ERA II: The Lost Generation and After

Our Lady of the Flowers, Jean Genet
Divine and Darling. To my mind, they are the ideal pair of lovers. From my evil-smelling hole, beneath the coarse wool of the covers, with my nose in the sweat and my eyes wide open, alone with them, I see them.

Darling is a giant whose curved feet cover half the globe as he stands with his legs apart in baggy, sky-blue silk underpants. He rams it in. So hard and calmly that anuses and vaginas slip on to his member like rings on a finger. He rams it in. So hard and calmly that his virility, observed by the heavens, has the penetrating force of the battalions of blond warriors who on June 14th 1940 buggered us soberly and seriously, though their eyes were elsewhere as they marched in the dust and sun. But they are the image of only the tensed, buttressed Darling. Their granite prevents them from being slithering pimps.

I close my eyes. Divine: a thousand shapes, charming in their grace, emerge from my eyes, mouth, elbows, knees, from all parts of me. They say to me, “Jean, how glad I am to be living as Divine and to be living with Darling.”

I close my eyes. Divine and Darling. To Darling, Divine is barely a pretext, an occasion. If he thought of her, he would shrug his shoulders to shake off the thought, as if the thought were a clawed dragon clinging to his back. But to Divine, Darling is everything. She takes care of his penis. She caresses it with the most profuse tenderness and calls it by the kind of pet-names used by ordinary folk when they feel horny. Such expressions as Little Dicky, the Babe in the Cradle, Jesus in His Manger, the Hot Little Chap, your Baby Brother, without her formulating them, take on full meaning. Her feeling accepts them literally. Darling’s penis is in itself all of Darling: the object of her pure luxury, an object of pure luxury. If Divine is willing to see in her man anything other than a hot and purplish cock, it is because she can follow its stiffness, which goes as far as the anus, and can sense that it goes farther into his body, that it is this very body of Darling erect and ending in a pale, tired face, a face of eyes, nose, mouth, flat cheeks, curly hair, beads of sweat.

Tropic of Cancer, Henry Miller
As she stood up to dry herself, still talking to me pleasantly, suddenly she dropped the towel and, advancing toward me leisurely, she commenced rubbing her pussy affectionately, stroking it with her two hands, caressing it, patting it, patting it. There was something about her eloquence at that moment and the way she thrust that rosebush under my nose which remains unforgettable; she spoke of it as if it were some extraneous object which she had acquired at great cost, an object whose value had increased with time and which now she prized above everything in the world. Her words imbued it with a peculiar fragrance; it was no longer just her private organ, but a treasure, a magic, potent treasure, a God-given thing—and none the less so because she traded it day in and day out for a few pieces of silver. As she flung herself on the bed, with legs spread wide apart, she cupped it with her hands and stroked it some more, murmuring all the while in that hoarse, cracked voice of hers that it was good, beautiful, a treasure, a little treasure. And it was good, that little pussy of hers! That Sunday afternoon, with its poisonous breath of spring in the air, everything clicked again.

Compared to the Genet passage, the Miller passage is tame and ho hum. It’s just about a guy having sex with an older prostitute who shows him her pussy.

The Genet on the other hand, is disturbing. And also terribly, terribly funny. The pet names for the penis are priceless. And while the sex appears to be extreme, by the end of the passage it’s rather tender and sad. We may be warriors during the sex act, but afterwards, we return to being ordinary people.

The Tournament of Literary Sex Writing: First Round Winners! 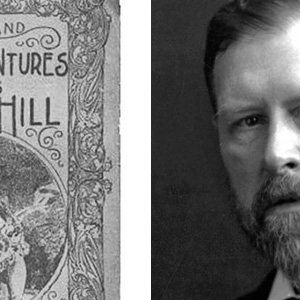 ERA I: Everything prior to the 1922 publication of James Joyce’s Ulysses. JOHN CLELAND (FANNY HILL) VS. BRAM STOKER Bram...
© LitHub
Back to top