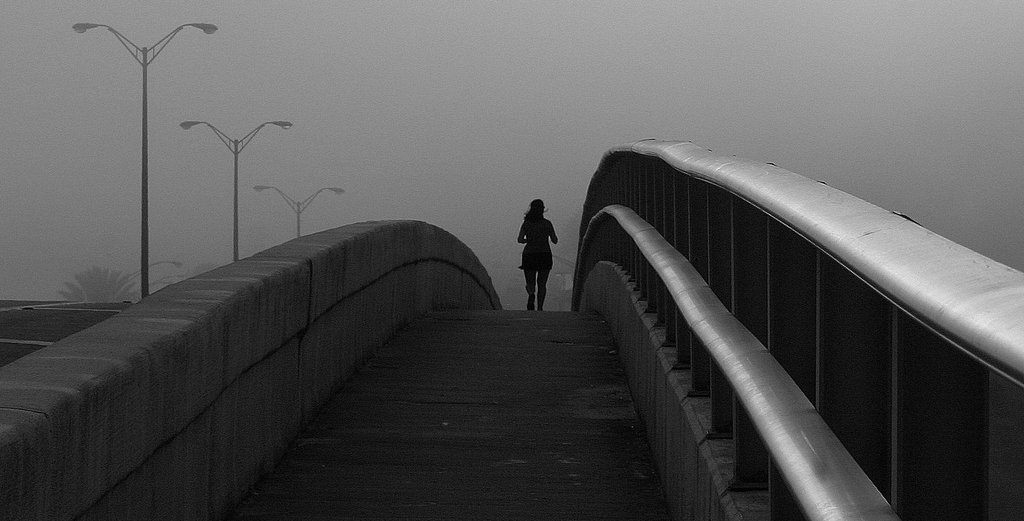 Lynn Steger Strong on seeking the life of The Writer

I wasn’t sure I had the right to be a writer in the face of normalcy;
I wasn’t sure what adventures I might write about.

When I was 21, I finished college and moved to New York “to be a writer.” Though I had exactly no sense of what that might mean. I waited tables for 60 hours a week and spent the rest of my time wandering around the city or reading. I tried to take up smoking the month I read everything Paul Auster had written, but the three cigarettes I smoked made me nauseated and I gave the one pack I’d bought to my co-workers at the restaurant.

I lasted a year in New York before the loneliness was so intense I had to leave. I had a friend who was living in Taiwan in an apartment with an extra room. I was going to be a Writer; it would be Adventure. I got the security deposit back from my crooked-floored studio in Alphabet City, bought a plane ticket, and went East.

My time living in Asia went as one would expect for a twenty-two-year-old ex-pat with very few life skills. There was some wine and some weed and hours and hours of Merlin and The West Wing. We taught English. I ran for miles through too-thick smog.

I traveled for a long time after our time in Taipei, to Cambodia, Vietnam, Japan, Laos, Thailand. It was Adventure, which is what I thought Writers were meant to be engaged with. It was seeing the world, though I often went whole weeks without understanding what I was seeing or feeling, though I sometimes went days without talking to another human being. I went home as soon as I ran out of money. I could have found another job, teaching English again, but I used that first run of work, save, travel, go broke, as an excuse to just go home.

Within months of coming back to Florida, wanting to be a Writer, and becoming a high school teacher, living with my parents, not having any friends, I met the man who would eventually be my husband. I did not think this when I met him. A couple of months after meeting him, I got in a car and tried to drive straight to Boston where my two closest friends were. I didn’t like all the ways he made me feel safe and loved and comfortable. I felt certain some of what I was would get lost in the ease of loving him. I stayed though. Two and a half years after we met, at an age that feels embarrassingly nascent now, I married him.

By the time I was 27, my life was settled, quiet. I still had all the awful jobs one has when trying to be a writer; we still struggled to get by. But there was no great adventure or drug use. We loved each other. We had dinner and cleaned the house and got a dog. I was starting grad school in the fall, but wasn’t sure I had the right to be a writer in the face of all of this normalcy; I wasn’t sure what Adventures I might write about.

At our grad school first day we’re-too-old-to-do-this-but-have-no-choice “get to know one another” orientation, we played Get Acquainted Bingo; I was The Married One. There were other married people there, but someone found out early that I was married, so everybody just wrote my name down to fill that box. At the end of the game, we were supposed to talk about the box we filled. Some people had filled the box “working on a novel” or “moved from another country”; they described their interesting projects and backgrounds. “It’s great,” I said, when I got up to declare myself as married. “I highly recommend it as a choice.” This stuck to me in the way that things stick to one. I was all sorts of other things in the three years that followed, but even now, years after this, friends of mine still bring this pronouncement up as the thing they knew about me first.

To be the settled married one in art school is a tricky role to play. There were many days I tried very hard to slip into conversation those years I’d spent in Asia, the recreational drug use, sex with men to whom I was not married. But I was, most assuredly, far from those experiences, I wasn’t even sure that they were exciting to me any more.

That fall, I did what Amy Hempel told me, I wrote what seemed the most destabilizing, the least like the person that I’d always thought I’d be: I wrote being a mom. There are all sorts of reasons people write books that they maybe don’t understand and maybe never see clearly; I’m sure in even attempting to describe this, I’m leaving some things out. But I think I wrote being a mother, because it was both secretly enticing to me, and the scariest thing I thought I might try to be. I wrote this, because writing is the space I attempt to acquire understanding, it is the space in which I feel most comfortable being destabilized.

That winter, and you can’t make this shit up—in a grad school workshop, I would have been told this was too matchy-matchy, too exactly what might happen next—I got pregnant. I took eleven pregnancy tests including the digital ones that show you the word PREGNANT in all caps.

To say becoming a mother was the most challenging, the most overwhelming, the most life, mind and heart and soul altering of experiences—the most adventurous—sounds obvious, but, for me, it was; it still is. Through the first and second years of our daughter’s life, I worked doggedly on the novel I’d started before she was born. I wrote while nursing, attached to the breast pump; I wrote on my phone, at 2 AM, while I walked up and down the dingy hallway of our apartment and sang to her. The whole thing shifted in the face of her; I was writing the same people, the same story, but, what I understood then about the story, how deeply I had learned to feel for it, there was an extraordinary weight of wanting to try to get it right.

People sometimes analogize putting a book into the world to birthing a baby; having given birth to two actual human babies—one a c-section after 40 hours of labor and one naturally without meds—I can say emphatically books are not at all like kids. But, for me, my book and my children are so deeply intertwined with one another, it’s hard not to see them as connected in some certain solid way. I sent the final edits of my novel to my agent the day our second daughter was born. In the hospital, while our new baby slept on my chest, I had my husband bring me my computer and I gave the book its final read.

I got all sorts of questions about the book’s about-ness when we submitted it to editors. It has, just like becoming a mother, all been done before. It is a book about a family. It is a book about trying to live and to love well. That—its normalcy—is perhaps, the thing about this book of which I am most proud. It’s a story about a singular adventure, the hardest, the most trying, the most rewarding adventure of which I have ever been a part. 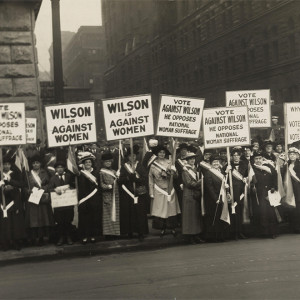 There was no suffrage for women 100 years ago, and there was certainly no VIDA Count—no one was checking to see if the major...
© LitHub
Back to top