in which virtually, amnesty, and talking points take on new meaning

We are honored that Literary Hub has asked us to identify and translate the deliberately deceptive language – or Spinglish, as we prefer to call it – used by the candidates during the Presidential Primary Debates. Wednesday night’s prime time Republican gathering was notable for such language, and the preliminary Happy Hour session featured some fine misleading statements as well. Here are the highlights:

virtually. In response to a question about his qualifications to be Commander-in-Chief, Donald Trump replied, “Everything I’ve done virtually has been a tremendous success.” The inclusion of “virtually” renders this statement meaningless, just as an advertiser’s claim that a detergent will render your crockery “virtually spotless” does not constitute a promise that your plates will be stain-free when you remove them from the dishwasher.

amnesty. A term that, as used by Senator Ted Cruz, means anything less than immediately deporting the estimated 11 million immigrants currently residing in the United States illegally.

challenging the status quo. When moderator Jake Tepper asked her why voters “looking to somebody to create American jobs” should pick her, Carly Fiorina cited her willingness to “challenge the status quo” during her four and a half years as CEO of Hewlett Packard. She added that the “tough choices” she made in doing so had led to her making “a few enemies,” but “we must lead in this nation again, and some tough calls are going to be required.” So what did Fiorina mean by “challenging the status quo”? And what were the job-creating “tough choices” she had to make? Perhaps she was referring to her laying off or terminating over 33,000 employees during her tenure, which ended with her own dismissal (with a $22 million severance package) in 2005.

using the talking points of the Democrats. When Donald Trump accused Scott Walker of running up big deficits in his role as governor of Wisconsin, Walker accused Trump of “using the talking points of the Democrats.” Resorting to phrases such as this is a great way of responding to a difficult question posed by an opponent from your own party, instead of actually answering it.

preemptive surrender to Barack Obama. Ted Cruz used this phrase to characterize any reluctance, on the part of the Republican leadership, to shut down the government rather than pass a budget bill that includes funding for Planned Parenthood. During the preliminary debate, Governor Bobby Jindal employed a similar phrase, surrender caucus, to describe those unwilling to do whatever it takes to deny federal money to the organization.

“the systematic murder of children in the womb to preserve their body parts in a way that maximizes their value for sale for profit.” Governor Chris Christie contributed this handy definition of abortion to the discussion of Planned Parenthood during last night debates, noting that it expressed precisely what Hillary Clinton “believes in.”

“Don’t make things up.” This was Donald Trump’s reply when Jeb Bush accused him of maneuvering to get casino gambling legalized in Florida while Bush was governor. “Don’t make things up” is an excellent general retort to use when you want to rebut a charge an opponent makes against you without offering a specific denial. In fact, the evidence strongly suggests that Trump did try to have Florida’s state laws amended so he could partner with the Seminole tribe to build a casino there.

the criminalization of Christianity. Governor Mike Huckabee’s term for the jailing of Kentucky county clerk Kim Davis for refusing to grant marriage licenses to gay couples as the law required her to do. Huckabee added that the “accommodations” made to Muslim detainees at Guantanamo represented the “exaltation of the faith of everyone else.”

Day One. Scott Walker announced that he would repeal Obamacare on Day One of his term as President, Donald Trump said that on the first day of in the Oval Office all the illegal immigrants in the country would be “gone,” and Carly Fiorina and Ted Cruz also described several dramatic steps they would take immediately upon assuming the presidency. In fact, a more accurate definition of “Day One” is “the date on which prolonged and extended politically-motivated debate in the Congress will begin on any proposal or action suggested by a presidential candidate.”

giving away our sovereignty. Ted Cruz used this phrase to define agreeing to go along with decisions made by the United Nations and the World Court, in general, or to accept the tenets of the recently negotiated Iran nuclear deal, in particular.

using the law of this land. As he did during the first debate, Trump evoked this phrase to put a heroic spin on his bankrupting of four separate corporations he owned or controlled.

[AUTHOR’S NOTE: We have collected and explained these terms as a public service (or, as some have insisted on calling it, a public self-service). Reports that we are offering this compilation purely for the purpose of promoting our recent book, Spinglish: The Definitive Dictionary of Deceptive Language are anecdotal and remain unconfirmed.] 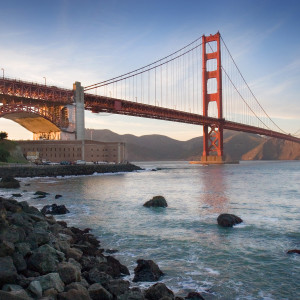