The Notorious Legends and Dubious Stories of 10 Literary Deaths

Whose clothes were those, Poe?

Fifty-one years ago, Evelyn Waugh mysteriously died, in the bathroom, after—very cheerfully, it’s said—attending Mass in a nearby town. But actually, reports differ. Was he happy about the mass, or upset? Was there water in his lungs, or none? I don’t claim to have any answers, but I do have rumors—about Waugh and a collection of other famous writers, whose death stories, whether true or apocryphal, have become the stuff of literary legend. Fair warning: the best ones are from the Greeks. Obviously!

At least one source claims that Evelyn Waugh died “after attending an upsettingly modern Easter Mass,” but others suggest it was just the opposite—according to the Encyclopedia of Contemporary Christian Fiction, Waugh did indeed hate the modern Mass, but “providentially died before he was forced to hear it in a language other than Latin.” In fact, on the day of his death, he apparently heard Mass in Latin by sheer force of will—he had asked his local church to perform the Mass in Latin and been refused; he had to go to a neighboring village to get his fix. Afterwards, he returned home in great spirits, but when he didn’t show up to have lunch with the Father in question, his family got worried. His body was found in the bathroom, by some accounts with a gash on his forehead and water in his lungs.

The death of Poe is a long-standing mystery. Here’s what we know: on October 3, 1849, Poe was found wandering the streets of Baltimore, delirious, rambling and wearing someone else’s clothes—to be precise, as described by his attending physician John Moran: “a stained, faded, old bombazine coat, pantaloons of a similar character, a pair of worn-out shoes run down at the heels, and an old straw hat.” He was taken to the hospital, where he slipped in and out of consciousness, never becoming coherent enough to tell his tale, before he died on October 7.

Some guessed that he simply drank himself to death, but his attending physician John Moran disagreed. That said, Moran’s accounts have been proven to be unreliable. A host of diseases have been suggested—a newspaper at the time cited “congestion of the brain”—but none proven. Theories still abound.

Certain Poe scholars have also put forward “the cooping theory”—that Poe was swept up in election day corruption. According to the Edgar Allan Poe Society, “some gangs were known to kidnap innocent bystanders, holding them in a room, called the “coop.” These poor souls were then forced to go in and out of poll after poll, voting over and over again. Their clothing might even be changed to allow for another round. To ensure compliance, their victims were plied with liquor and beaten. Poe’s weak heart would never have withstood such abuse… A possible flaw in the theory is that Poe was reasonably well-known in Baltimore and likely to be recognized.”

Apparently, his cat died on the same day.

The ancient Greek father of tragedy supposedly died in a less than wholly tragic (perhaps tragicomic?) fashion. According to Valerius Maximus (as quoted in J.C. McKeown’s A Cabinet of Greek Curiosities):

He went outside the walls of the Sicilian city in which he was staying and sat down in a sunny spot. An eagle flying over with a tortoise in its talons mistook his shiny bald head for a stone. It dropped the tortoise on Aeschylus’s head, so that it could break its shell and eat its flesh. By that blow the source and beginning of tragedy in its more powerful form was extinguished.

Pliny added that the reason Aeschylus was hanging out in sunny spots outside the city was that he had heard a “prophecy that he would be killed by a falling object” and so was hoping to avoid rooftops. This legend seems like it cannot possibly be true, but then again, things were wild back then, so really who knows?

Bacon died of pneumonia in 1626, but according to John Aubrey’s Brief Lives, his illness was the result of a bizarre experiment to find out if “flesh might not be preserved in snow, as in salt.” Bacon and Thomas Hobbes (who reported this to Aubrey)

alighted out of the coach, and went into a poore woman’s howse at the bottome of Highgate hill, and bought a hen, and made the woman exenterate it, and then stuffed the bodie with snow, and my lord did help to doe it himselfe. The snow so chilled him, that he immediately fell so extremely ill, that he could not returne to his lodgings (I suppose then at Graye’s Inne), but went to the earle of Arundell’s house at High-gate, where they putt him into a good bed warmed with a panne, but it was a damp bed that had not been layn-in in about a yeare before, which gave him such a cold that in 2 or 3 dayes, as I remember he told me, he dyed of suffocation.

Competing accounts have him dying of rheum, but I like the hen story.

Camus died in a car crash. Simple enough, right? Except that he had an unused train ticket in his pocket at the time of death—apparently he had accepted publisher Michel Gallimard’s invitation for a last minute ride. (Paging Alanis Morissette.) More interesting is the theory that he was actually killed by the KGB for criticizing the Soviet foreign minister in a French newspaper. (However, his biographer, Oliver Todd, doesn’t buy it.)

Apparently, Camus once said that the most absurd way to die was in a car accident. Seriously, Alanis, answer your page.

The legend about the death of this Tang dynasty writer, one of “China’s drunken superstar poets,” is definitely apocryphal but definitely one of the best on this list. As the story goes, Li was drunkenly boating on the Yangtze River, and became so enamored of the moon’s reflection on the water that he tried to embrace it—and promptly drowned. A fitting death for a poet, amirite?

Common knowledge has it that Christopher Marlowe died in a bar fight—stabbed in the eye after a dispute over the tab, no less. But is that really what happened? Some claim that he was actually assassinated, and that his death was ordered by Queen Elizabeth I herself because he was being too much of a public atheist. (In support of this idea, she pardoned his murderer soon after.) Plus, as the Times pointed out, “The witnesses who corroborated his story were known for double-dealing: along with Marlowe himself, they had been employed by the Queen’s notoriously crafty spymaster, Walsingham’s cousin, Sir Francis Walsingham. Frizer, too, had acted as a secret agent from time to time when the need arose.” There’s even an argument that Marlowe actually faked his own death—and not just from Only Lovers Left Alive. And then of course, there’s the question of whether or not he actually wrote all of Shakespeare’s plays—but that’s a whole other set of rumors and legends.

We all know that Tennessee Williams choked to death on a bottle cap, but perhaps like me, you’ve always wondered: well, how? According to the New York Times death notice, the New York City Medical Examiner, Dr. Elliot M. Gross “would not speculate on how the bottle cap might have got into Mr. Williams’s throat. He did say there were a number of medical dispensers in Mr. Williams’s two-room suite at the Hotel Elysee at 60 East 54th Street. He would not say whether any was missing a cap like the one that caused the playwright’s death.” There’s also the fact that you shouldn’t really be able to choke on a bottle cap—that’s what the gag reflex is for. But “Dr. Gross said that, while “a number of reasons” could have impaired the gag response, “it frequently happens when a person is under the influence of alcohol or drugs.””

Less than a month before his 30th birthday, the lyric poet and husband of Mary Shelley drowned when his sailboat was caught in a storm in the Gulf of Spezia. There are a number of theories that suggest it was more than just a chance storm—some suggested it was a suicide, others an attack by pirates, still others thought it was an assassination. But the really good legend is this: that after Shelley’s body washed up on shore, it was cremated—but his heart refused to burn. The story goes that Edward Trelawny plucked the unburnt heart from the pyre and took it home to Mary Shelley, and it was eventually buried with their son. Probably not true! But very romantic (and gruesome) nonetheless.

Here’s another tragedian of ancient Greece who supposedly died in an extravagant manner—legend has it that Euripides was torn apart by wild dogs. The story has been considered by many to be an allusion of sorts to the myth of Actaeon, who was similarly killed after he spotted the huntress Diana bathing in a pool. All that is actually known is that he died in Macedonia, around 406 BC. 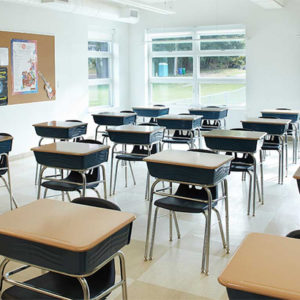 As college acceptances and rejections begin to come in for the students I tutor, I’ve started to reflect on how very fraught...
© LitHub
Back to top