The following essay appears in the latest issue of Huizache.

I grew up in a valley at the foot of one of the tall mountains of the Andes in Colombia, but I never heard anyone say they were from Colombia when I was a child. They always would say: I am from the Andes.

The valley had a beautiful name—Isabella—but the name didn’t match the place. Most of the time the valley was muddy and damp and full of shallow water and mosquitos. Sometimes it was dry with no mosquitos. My mother liked it that way, but we kids liked to play in the mud. We used to call each other mud girl and mud boy. My family lived in a one-room shack and sometimes the floor was also covered with that mud. Then my father and mother and all the children would climb part way up the mountain to dig up dry dirt and carry it in sacks back to our shack to put on our floor. My father would give each of us a sack to carry and ask, “Is this too heavy for you?” And we all said, “Yes, it’s too heavy!” except for my five-year-old brother Conrado, who picked out the heaviest bag and said, “It’s okay, I can carry it,” when he couldn’t even lift it. We had to figure out how to solve the mud problem ourselves. There was nobody to call to come fix it. We lived a simple life close to nature. To me the valley was home and I thought it was fine.

I was a mud girl but I was also a mountain girl. From the time I was very young, I would run up the mountain during the day on errands—bathing and doing laundry in the river and carrying water back. I also visited my “high-class” friends, the ones who lived in shacks halfway up the mountain. And then there were my higher high-class friends, who lived in shacks at the top of the mountain. They paid more rent for their shacks than we did because their location was better. Their shacks were dry. They had beautiful views of other mountains and looked out on fields with horses and cows. And best of all, the tenants could feel the sun when it was out. But the mountain kids all loved coming down to play with the valley kids in the mud.

There was one day the mountain kids came down and it rained. We were very happy because there was extra mud to play in. But the next day many of the kids got very sick with a high fever. There were no hospitals or doctors nearby. But my father knew all about plants and herbs. He was a native of the Arhuaco tribe of Northern Colombia. He ran to the mountain and cut some leaves from a plant called the María Luisa, while my mother heated some water. He cleaned the leaves, which our people called “miracle leaves,” and put them in the hot water along with cinnamon, orange rinds, parts of the verdolaga plant, and raw sugar cane that he brought. He took this to a place we called the trapiche, where they made it into juice. From all these things he made a hot tea. We had to drink a lot of this hot tea until we were sweating, and we had to keep ourselves covered in bed for a week. Word about my father’s treatment spread. He went to homes all over the valley and the mountain to help the parents make this tea. Little by little the children’s fever disappeared and they got well. We all survived.

My father didn’t tell us much about how he came to Isabella. The memory seemed to be painful for him. When he was fourteen years old, he had to leave his home after colonists came to take the land and farms from the tribe. He saw a chief bravely holding off the invaders, telling them, “This is our land!” But right after that the fighting started. My father got separated from his family and escaped with his life. He wandered in the mountain forests for three or four weeks, lost, surviving on fresh stream water and fruit. When he came out of the forest, he was able to find work on farms, but he never saw his mother, father, brother, or sister again.

At around age thirteen my lazy older brother Aicardo had a metamorphosis. He became hardworking and responsible, like a second father in the house. He would do errands and jobs for other people and bring the money home to my mother. He began to call me a lazy girl and told me to go get a job. He reminded me that we had to make more money if we wanted to move from the valley and be more high class. He had met a girl and he said, “I don’t want to tell her I live in Isabella.”

So I found the same kind of small jobs that he did, running errands for people, carrying water to them, and doing their laundry in the river. Sometimes my brother and I would pass each other going up and down the mountain. He was often riding a horse and leading four or five others from one place to another. Aicardo was pretty small and the horses were big, but he was a good rider. My father asked him, “Son, who taught you to ride a horse?” My brother answered, “I taught myself.” I really envied his job. I wanted to ride horses too, and I begged him to show me how, but he always said no, I was too small, I’d get thrown the way he did at the beginning, and I could get badly hurt. I didn’t care. I still wanted to ride but I never did.

We both saved money from our jobs and gave it to my mother, who put it in the “bank”—which was whatever hole in the cabin wall that looked safe. Once, she couldn’t remember where she’d hidden it and got very upset. All the kids searched every inch of the cabin looking for the money, but at first all we found were the cucarachas. We screamed, and my mother thought we had found it—in the end, I did find it. So now there were four people in the house earning money—my father, my mother, my brother, and me. After a while we saved enough to start thinking about moving out of the mud valley.

The man who owned the shack we rented and twenty other shacks all over the mountain came to us one day on one of his visits to collect rents. He told us he had just heard about all the sick children, and he was very grateful to my father for helping them. He was very disturbed about the idea of children almost dying, and he’d wanted to show his gratitude. My mother jumped in before my father could say it wasn’t necessary. She told him that we wanted to get out of Isabella Valley and move up the mountain, that we were saving money so we could rent a new shack from him and we almost had enough for the first year. The owner said that he had an empty one halfway up the mountain, one he called the “tomato shack.” He told her to give him whatever she had saved so far, and the shack would be ours, free and clear. No rent.

My mother was ecstatic and began to laugh and cry at the same time. She thanked the owner over and over and kept looking upward, saying “Thank God!” My father was quiet but he looked pleased. My parents weren’t sure exactly which one was the tomato shack, but Aicardo, my younger brother Nelson, and I were pretty sure we knew. Leaving Conrado behind crying, we galloped up the mountain to the choza that had a big wooden sign we couldn’t read and tomatoes growing all around. We peeked in and saw it was empty. It looked maybe one inch bigger than our old one, but it was dry and fairly clean, and it looked nice. We began to make up a song: “This is the shack! This is the tomato shack! This is our shack!” We laughed, ate some ripe tomatoes, and then we ran back down to the valley like the wind to give my mother and father the good news. Conrado was still mad at us, but later on we took him up too.

We packed up our belongings. My clothes fit in a small cloth sack, and the other kids had even less. My father carried one pair of trousers and one shirt, all he had besides what he was wearing. He and my mother gathered up the few pots and pans and the coffee mug he had given her and the little food we had. We would come back for the rest later, including the pots of herbs and lavender that my mother tended.

Once we were all at the new shack, my mother started to decorate. Very soon she made things homey. It smelled of eucalyptus all the time from the leaves she gathered, and she planted a beautiful garden outside. There was one little window, and she used a red dress of hers as a curtain. When she needed to wear the dress, she took it off the window. Outside, there was lots of sunlight and we could see faraway mountains and the nearby fields with the horses and cows. And we also saw other shacks and people walking around.

My father had never gone to school and couldn’t read or write, but the day we moved to the tomato shack he called us children to gather around him outside our new home and he gave us a geography lesson. He could have been a professor. He told us we lived in the Andes Mountains, and then he pointed in one direction and said that was the border between Colombia and Venezuela. He pointed in other directions and showed us where Peru, Ecuador and Brazil were. We children began to ask lots of questions, and he answered them. He explained from which direction the sun would rise in the morning and where it would set and how to use our shadows to tell what time it was. He told us the names of the mountains and pointed out the clouds that would bring us rain in two hours—and he was right! He was always right about the weather.

In our old shack we could barely see the sky. But on the mountain we could see where we lived and what surrounded us all the time. Our new home was a dream come true.

Maria Lopez was born in the foothills of the Andes Mountains in Colombia. Since arriving in New York City she has studied at the New York Public Library’s Adult Learning Center, and is enrolled in English language programs at the Harlem Library and Hunter College. Her stories have been published in Symphony Space’s All Write!, The Literacy Review, and Aguilar Writing Journal. She lives in the Bronx. 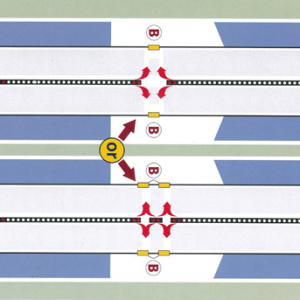 Some years ago, I traveled to the Cape on literary business. To be precise, I went to hold what is called a public conversation...
© LitHub
Back to top