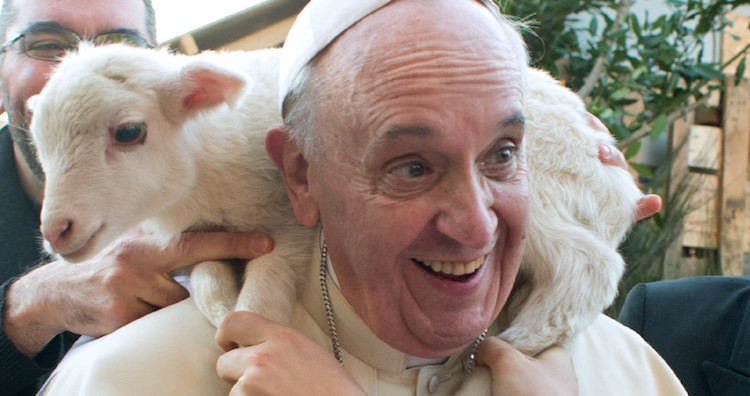 We are blessed and burdened by our namesakes, and Pope Francis is no exception. When Cardinal Jorge Mario Bergoglio was elected pope during the 2013 papal conclave, a fellow cardinal had simple advice: “Don’t forget the poor.” Francis explained the selection of his namesake from Assisi as “the man of poverty, the man of peace, the man who loves and protects creation.” Pope Francis knew that his namesake was appreciated for his complexities. His father, a wealthy silk merchant, disinherited Francis when he embraced a life of poverty. According to lore, Francis responded by stripping naked, throwing his clothes at the feet of his biological father, and proclaiming that instead God was his true father.

Francis of Assisi has been praised by historian Ernest Renan as “the only perfect Christian” since Jesus. Biographer André Vauchez notes that we “often place him alongside Gandhi and Martin Luther King Jr., among those rare personalities who transcend confessional and ideological divisions.” We might say the same of Pope Francis, with some revision. Francis divides without being divisive. He is the quintessential Jesuit: learned, clever, charismatic, indefinable. On his first visit to the United States, Pope Francis will visit Washington DC, New York, and Philadelphia. He will canonize Junípero Serra, address Congress, visit a Catholic school in East Harlem, celebrate Mass in Madison Square Garden, hold a prayer vigil at the World Meeting of Families, and attract adoring believers and curious onlookers wherever he travels. He will inspire and confound. Americans will pin him across the ideological and political spectrum, but such effort is folly. Francis resists classification because he is a Catholic, and Catholicism is a paradox.

The paradox of Francis helps us understand the paradoxes of Catholic literature—a literary tradition that, according to Dana Gioia, “prefers to write about sinners rather than saints.” To be certain, Catholic literature is about devotion, but it is also about deviance, struggle, failure, epiphany, empathy, suffering, and hope. During his time in America, Francis’s words will inspire swoons on the left and frustration on the right, but those political allegiances are beside the point. Francis, like his namesake—like the Christ in which he proclaims—is here to shake things up. Here is a Catholic reading list that captures the paradoxical spirit of Pope Francis.

The Power and the Glory, Graham Greene

At the start of Greene’s novel, an unnamed “whiskey priest,” the prey of a zealous lieutenant who is doing his part to eradicate Catholicism from Mexico, waits for a boat to flee this land. The priest is stopped by a child whose mother is dying, and needs a doctor—or the forgiving rites. The priest obliges, but Greene shares the man’s strained thoughts: “He felt an unwilling hatred of the child ahead of him and the sick woman—he was unworthy of what he carried.” Greene’s priest is a sinner who believes, an imperfect man who has the gift of offering solace to others when he himself is doomed. In one scene, while prisoners have sex in the corner of a cramped jail cell, the priest reprimands the judgment of a pious woman with poetry: we should not label sin ugly “because suddenly we discover that our sins have so much beauty.”

“I opened up my shirt to show this man / the flaming heart he lit in me.” Faith is passion, and for those unfamiliar with the Catholic tradition of saints and ecstasy, the sensual nature of belief might shock. That is the point. Karr, a convert at 41, notes that “like poetry, prayer often begins in torment.” She got the title of her collection from a banner stretched across the front of St. Lucy’s Church in Syracuse, New York. “I lurched out to kiss the wrong mouths,” one narrator reflects, “got stewed, and sulk around. Christ always stood / to one side with a glass of water.” Years later, converted but not quite calmed, the narrator ends the poem: “You are loved, someone said. Take that / and eat it.”

Although Dubus’s fiction is essential Catholic reading, particularly the sensitivity of “A Father’s Story,” his essays are gifts. Dubus embraces the Catholic paradox. He writes of sexuality as a sacrament in the same breadth as he voices his devotion to the Eucharist: “The Eucharist is with us, and it is ordinary. To me, that is its essential beauty: we receive it with wandering minds, distracted flesh, in the same way that we receive the sun and sky, the moon and earth, and breathing.” Dubus is the rare essayist who can write equally well of both awe and shame.

Early in Laudato Si’, his second encyclical, Pope Francis shares a sentence from his namesake: “Praise be to you, my Lord, through our Sister, Mother Earth, who sustains and governs us, and who produces various fruit with colored flowers and herbs.” Francis follows poetry with a punch: “This sister now cries out to us because of the harm we have inflicted on her by our irresponsible use and abuse of the goods with which God has endowed her. We have come to see ourselves as her lords and masters, entitled to plunder her at will.” This power of pivot was one of the foremost poetic skills of Gerard Manley Hopkins, a fellow Jesuit who also shared Francis’s admiration for the natural world. Writing in the 19th century, Hopkins was prescient. He could be lyric, as in “Inversnaid,” his praise of nature’s “wildness,” but he could also admonish, as in “God’s Grandeur”: “Generations have trod, have trod, have trod; / And all is smeared with trade; Bleared, smeared with toil; / And wears man’s smudge and shares man’s smell.” Despite the sins of man, “nature is never spent.” Hopkins is the poet laureate of the Francis papacy.

Everything That Rises Must Converge, Flannery O’Connor

The title of O’Connor’s collection comes from The Phenomenon of Man by Jesuit paleontologist Teilhard de Chardin, whose work was also a favorite of Don DeLillo while studying at Fordham (DeLillo has since traded his Catholicism for the church of Art—or so he says, with typical Jesuit evasiveness). O’Connor’s collection includes two of her finest tales back-to-back: the sublime “Revelation” and the surreal “Parker’s Back.” Although O’Connor has explained that her stories needed to unsettle her contemporary complacent Christian readers, her work remains shocking and immediate.

Speaking of namesakes: Mary Szybist won the 2013 National Book Award in poetry for Incarnadine, her collection of poems that brings the annunciation to the present day. (The next year Phil Klay, another Catholic, would win the fiction prize for Redeployment, his theologically rich story collection about war and the life of veterans). When a lapsed Catholic is a poet, she is an elapsed Catholic; the Word bleeds into future words. Szybist recalls the best elements of her past faith: “being part of something larger than myself, larger than even my own imagination. It provided relief from myself.” Catholicism tattoos in that way. From “Hail”: “Mary who mattered to me, gone or asleep / among fruits, spilled // in ash, in dust, I did not // leave you.” And finally: “I am still a numbness for you.”

One of the best readers of Powers is the vigorously skeptical William Gass, who identified the writer’s central theme “framed as a question: how can the spirit express itself in nature without compromise, without debasement, since one is so distant from the other, and each is obedient to different laws?” Powers is responsible for one of my favorite lines in all of Catholic literature, from “Lions, Harts, Leaping Does.” Didymus, a Franciscan priest, laments that despite his spiritual clarity, he remains “beset by the grossest distractions. They were to be expected, he knew, as indelible in the order of things: the bingo game going on under the Cross for the seamless garment of the Son of Man.”

Flaubert’s play-as-novel is odd, sweeping, and spanned much of his literary life. Other than a tradition of paradox, Catholic literature is steeped in strangeness: Flaubert, O’Connor, Hopkins, DeLillo, Thomas Pynchon, as well as Toni Morrison’s Catholic faith giving supernatural contours to her representations of Protestant life in the shadow of slavery. Flaubert’s book reminds me of that most sarcastic Catholic, James Joyce, and his Ulysses.

Graham Greene self-identified as “Catholic agnostic,” finding the title not at all oxymoronic. Unamuno has been branded Spain’s “Catholic atheist.” Unamuno’s Cain and Abel tale is set in a favorite location for Catholic writers: Hell. Carole Slade explains the schema of Unamuno’s “nívolas”: “in which he eliminated the exterior phenomena of physical space to concentrate on what he considered to be the important reality.” This is an emotional Hell, a Hell of envy. Unamuno’s fiction exemplifies how the drama of Catholic belief and ritual evolves to transcend the writer’s own belief or skepticism; it is a formidable dramatic architecture.

Hansen’s prose-poetic novel is set in 1906 at a convent in upstate New York. Each line arrives as a whispered prayer. Against the wishes of her skeptical, wealthy father—a respected doctor—17-year-old Mariette Baptiste seeks to become a nun. Her sister, Mother Céline, is the convent’s prioress. Mariette is warned to be a silent postulant: “Don’t try to be exceptional; simply be a good nun.” That decision is out of her control. Mariette soon receives violent stigmata, followed by the envy and hate of her sisters. Hansen’s prose is hypnotic, matching the ecstasy experienced by Mariette. He blurs the lines between sexuality and sensuality, body and soul. I am forever haunted by the novel’s final phrase: “Surprise me.” It is Mariette speaking of Christ. The legacy of Francis of Assisi is being lived by Pope Francis; it is a legacy of spirit and surprise. A faith whose soul belongs to paradox could have it no other way.

On the Truth and Lies of Friday Night Football 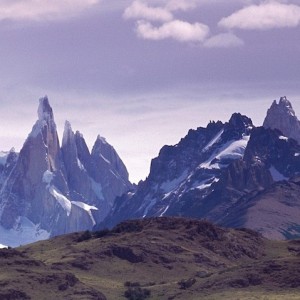 The following essay appears in the latest issue of Huizache.   I grew up in a valley at the foot of one of the tall...
© LitHub
Back to top
Loading Comments...