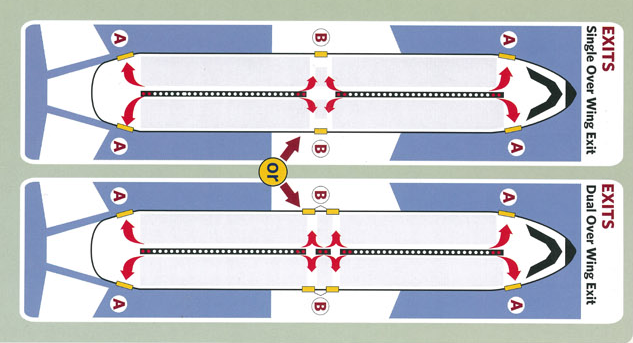 Ivan Vladislavić on Life, Farce, and the Ignoble Demise of Sherwood Anderson

Some years ago, I traveled to the Cape on literary business. To be precise, I went to hold what is called a public conversation with Marlene van Niekerk at Stellenbosch University. The business end of the literary life does not come naturally to me, but I am a great admirer of Van Niekerk’s books and so the prospect of discussing my work before an audience worried me less than usual.

But still. As an amulet against the dangers to be faced in the dark woods of Stellenbosch, I took with me a copy of Carson McCullers’s The Mortgaged Heart. This collection of her early fiction, essays and other scattered writings contains much to inspire a writer. It includes her first published story, “Wunderkind,” written when she was 19 years old. Books of juvenilia are often disappointing, but this particular story is the opposite. Wunderkind indeed. It is a marvel that she could write so well at such a young age.

I settled myself in my seat (the literary business I do requires me to fly economy) and tucked McCullers into the flap in front of me. There, along with a paper bag and a laminated card explaining how to behave in the event of an emergency, I found a copy of the in-flight magazine. No book can hold my attention before the plane is airborne and the cabin crew and my fellow travelers have stopped fussing, so I took out the magazine and glanced at the contents page.

One article caught my eye. It was about people who had met with death in some peculiar or memorable way. Just the ticket when you’re about to leave the ground in an aeroplane.

I love films about air disasters, which nearly always end well (although the trend after 9/11 is towards films that do not). If there’s one film festival I would make an effort to attend it’s the Festival of Near Misses. My personal favorites are Airport (1970), the seminal account of a plane that made it home despite being crippled by a mad bomber; and Miracle Landing (1990), the true story of an Aloha Airlines plane that made it home despite losing part of its fuselage. But I would not want to see these films at 30,000 feet.

Death by unusual causes did not appeal much either, but I had to know more. I paged anxiously to the article and started to read while we taxied towards the runway, and I was still brooding over it half an hour later as I stirred my gin and tonic with that harmless little spatula they give you instead of a life-threatening swizzle stick.

The article mentioned several people who had come to a sticky end: the stoic philosopher Chrysippus, who laughed himself to death at the sight of a drunken donkey; Isadora Duncan, the great dancer, who died of a broken neck when her long scarf got caught in the spoked wheel of an open car; and Mary Reeser, also known as “the Cinder Lady,” apparently the best-known victim of spontaneous combustion.

But the story that brought a lump to my throat concerned Sherwood Anderson and the perils of putting things in your mouth. It was the shortest of the items that made up the article, a mere paragraph. This is what it said: “Take Mr Sherwood Anderson, for example, who swallowed a toothpick at a dinner party in 1941. This fairly successful writer later developed a case of peritonitis and his life and career came to a grim and painful end. Peritonitis is the inflammation of the serous membrane that lines the abdominal cavity, leading to infection, internal bleeding and a rather long and painful death.”

Several thoughts went through my head. I will order them below, because I am writing, but in truth they came to me in a jumble, as thoughts often do.

I thought: Fairly successful? Sherwood Anderson was one of the most highly respected and influential American writers of his generation. He published 20 books and was admired by Steinbeck and Faulkner. I wondered how many of the passengers who had flipped through these dog-eared pages, as I was doing now, had a foggy clue who Sherwood Anderson was.

In my youth, I was quite a fan of Sherwood Anderson. I especially liked Winesburg, Ohio, a beautifully observed cycle of short stories about life in a small Midwestern town. The book made a great impression on me and must have shaped my interest in the linked sequence of stories as a form. A writer I could claim as a literary influence then. What a demeaning reversal, I thought, to be remembered in this trivial magazine not as a writer of remarkable books but as a man who was killed by a toothpick.

I told myself that I had been put on this flight (if not this earth) for a purpose, which was to counterbalance with a fond appreciation for Sherwood Anderson’s writing the whole weight of vulgar opinion that led the author of this article to devote as many words to the symptoms of peritonitis as to the fact that a good writer was dead. Poor old Sherwood.

I thought: serious membrane? Oh, I see. I made a note to look “serous” up in a dictionary.

I thought: “Sherwood Anderson” is a good name for a writer. It sounds right. “Carson McCullers” is even better. It is one of the great writerly names. In point of fact, she was born “Carson Smith,” but she was clever and talented enough to improve on it. A wunderkind.

It occurred to me that Aeschylus, the father of Greek tragedy, had escaped mention in the article. You will recall that he died when an eagle dropped a tortoise on his bald head, having mistaken it for a stone. The historian Tim Couzens has written about the immense existential irony in the fact that the great tragedian should have met his death in such a farcical way. But a tortoise dropped by an eagle seems quite grand compared to a toothpick in a cocktail olive.

Ever since I stopped smoking, I have been in the habit of chewing toothpicks when I need to concentrate. As we reached cruising altitude, I vowed never to chew on a toothpick again. Then I closed the magazine, drank my gin and—what else could I do?—flew on to my destination.

Ivan Vladislavić’s books include The Folly, The Restless Supermarket, The Exploded View, Portrait with Keys, Double Negative and Flashback Hotel. His latest novel The Distance is forthcoming from Archipelago in 2020. In 2015, he was awarded Yale University’s Windham-Campbell Prize for fiction. He lives in Johannesburg where he is a Distinguished Professor in Creative Writing at the University of the Witwatersrand. 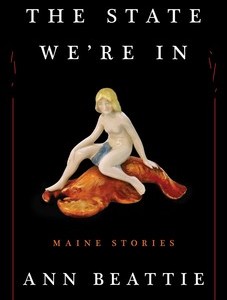 She was hurrying out of the house, late for an appointment, purse slung over one shoulder, canvas shopping bag in her hand....
© LitHub
Back to top