The Literary Film and TV You Need to Stream in May

From True Crime to Giant Snakes, Something for Everyone

The Staircase
Stream it on: HBO Max (May 5)

The story of Michael Peterson’s 2003 conviction for the murder of his wife, Kathleen Peterson (later reduced to the charge of manslaughter), was made into a true crime docu-series in 2018. HBO’s new dramatized miniseries gets meta, looking not only at the crime but at the documentary film crew who came knocking and stirred up tricky questions. It’s got the high sheen of HBO treatment but more importantly an incredible cast (Toni Collette! Colin Firth!) and what looks to be some high-stakes family drama.

Bosch: Legacy
Stream it on: Freevee (May 6)

Literary Bonafides: Loosely based on Michael Connelly’s The Wrong Side of Goodbye (2016)
Starring: Titus Welliver, Mimi Rogers, and Madison Lintz

Amazon’s free IMDB TV streaming service has rebranded itself as Freevee, a truly ridiculous name. That aside, they’re premiering a Bosch spin-off, less than a year after however the original series wrapped things up. I take my crime TV recommendations from our colleagues at CrimeReads, and if they’re anticipating this one (they are), that’s good enough for me.

Operation Mincemeat
Stream it on: Netflix (May 11)

You won’t find me complaining about a double helping of Colin Firth. Netflix’s feature film adaptation is based on the true story of an unconventional WWII mission, in which the Allies planted fake strategy documents on a corpse for the Germany military to find. Just how hard is it to make a repurposed body believable? Harder than you’d think!

The Essex Serpent
Stream it on: Apple TV+ (May 13)

Tom Hiddleston and Claire Danes star in the remarkable true story of a fearsome serpent who terrorizes the coast of 19th-century Essex. (Fine, it’s based on Sarah Perry’s bestselling novel, but a girl can dream.) Danes’s character is a society widow and amateur naturalist who hopes the rumors of the serpent will lead her to a new species; Hiddleston plays a pastor who thinks there’s no creature, just a lot of moral panic. (Also, they fall in love.) Looks fun!

The Time Traveler’s Wife
Stream it on: HBO Max (May 15)

Another addition to the Age of Remakes. Some people are very excited about this one, some people are very not. I’m happy to see Game of Thrones star Rose Leslie helming a project, though it’s probably too much to hope that the writers snuck in a “You know nothing, Henry DeTamble” to the script.

Conversations with Friends
Stream it on: Hulu (May 15)

Rooneyheads, assemble. Hulu’s limited series adaptation of Rooney’s debut novel is finally upon us, and it even showed up with Phoebe Bridgers in tow. Created by much of the same team behind Normal People, the love square stars newcomer Alison Oliver as Frances, the excellent Sasha Lane as Bobbi, the also excellent Jemima Kirke as Melissa, and Taylor Swift’s boyfriend as Nick. My only gripe is that Joe Alwyn is not nearly attractive enough for this role, a hill on which I’m prepared to die.

If you’re into the Sex Pistols, this was made just for you. 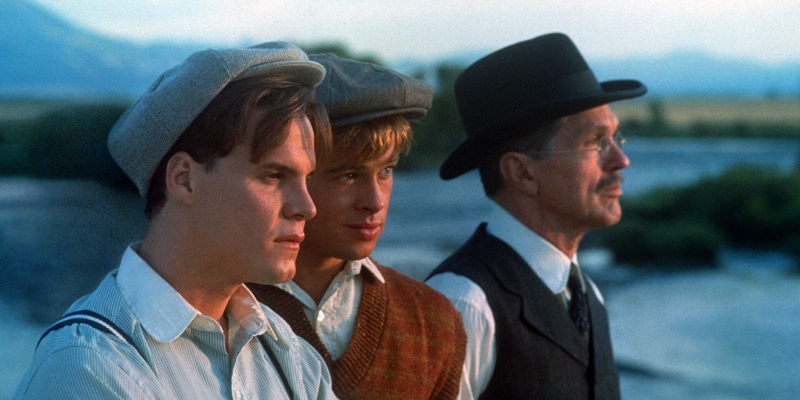 Literary Bonafides: Based on Norman Maclean’s A River Runs Through It (1976)
Starring: Craig Sheffer, Brad Pitt, and Tom Skerritt

Robert Redford’s adaptation of Maclean’s classic about two unalike brothers growing up in Missoula, Montana, is headed to Netflix ahead of its 30th anniversary. Unlike most films set in Montana, this one was actually filmed in Montana, so watch it for the scenery (it won an Oscar for Best Cinematography) and baby Brad Pitt and Craig Sheffer, who for some reason downplays his pivotal role in One Tree Hill on his IMDB page. 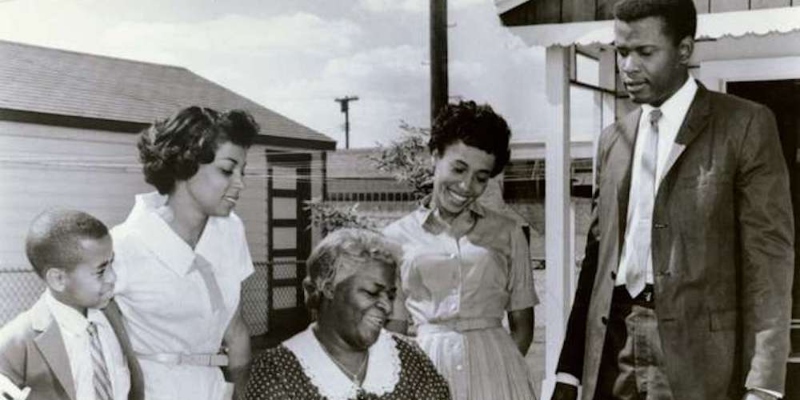 Sidney Poitier and Ruby Dee reprise their original stage roles in the film adaptation of Hansberry’s beloved production. Bonus material: this incredibly endearing likes and dislikes list from a 30-year-old Hansberry, in which A Raisin in the Sun makes the top of the list for a special category titled “I am bored to death with.” Oh, to be so iconic. 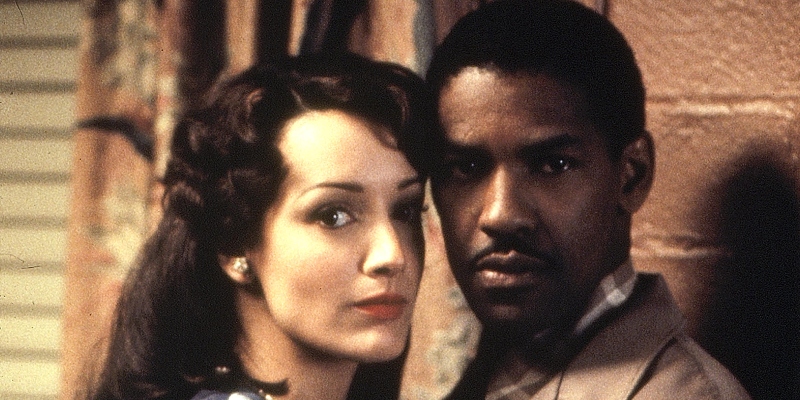 Literary Bonafides: Based on Devil in a Blue Dress by Walter Mosley
Starring: Denzel Washington, Jennifer Beales, and Don Cheadle

Honestly, must I say more than “Denzel Washington and Jennifer Beales”? I didn’t think so.

Jeff VanderMeer Talks to the Designers About His Book Covers 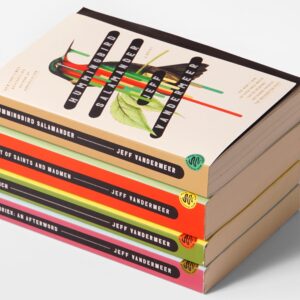 Jeff VanderMeer Talks to the Designers About His Book Covers My mother is an artist and even once designed psychedelic doors for faculty in Penn State’s biology department. I’ve...
© LitHub
Back to top
Loading Comments...