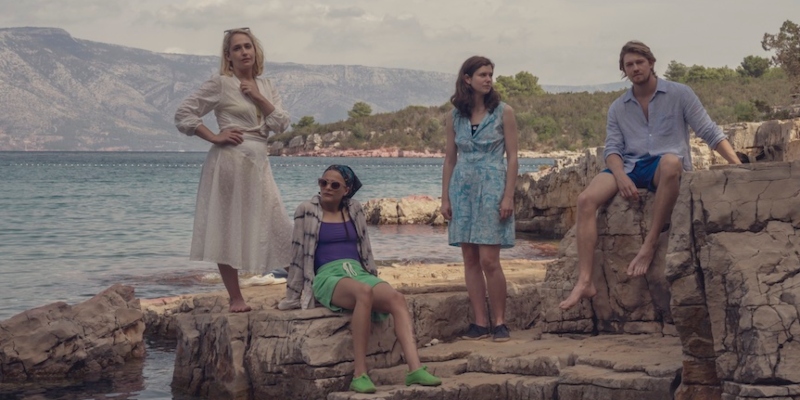 Rooneyheads, rejoice: Hulu’s finally announced the premiere date for their limited series adaptation of Conversations with Friends: May 15th, a mere four-and-a-half weeks away. The announcement came with an extended trailer featuring a new song by Phoebe Bridgers, for which the internet went wild. It looks like we’ll get a double-feature on the 15th followed by a weekly rollout of episodes, and we all know Sunday night TV is reserved for the best of the best.

The 12-episode series based on Sally Rooney’s 2017 debut was created by much of the same team behind Normal People (shoutout for Rooneyverse consistency) and stars newcomer Alison Oliver as Frances; the excellent Sasha Lane as Bobbi; Jemima Kirke as Melissa, whose performance in the trailer alone makes me terrified to sleep with her fictional husband (if you don’t know the storyline, here’s an excerpt); and the appropriately whatever-looking Joe Alwyn as Nick. Enjoy!