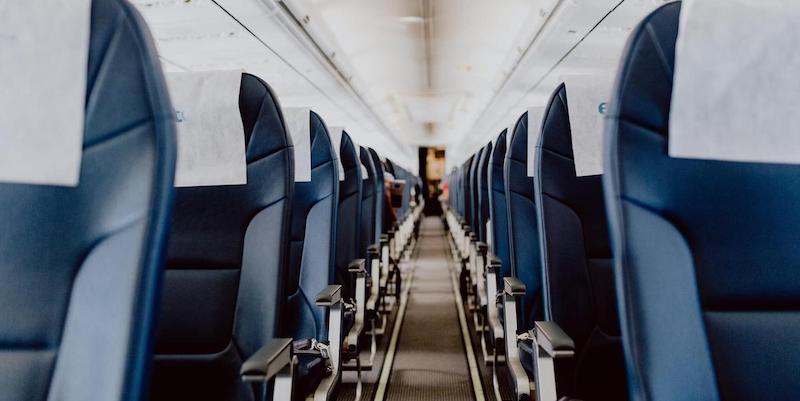 Jason Mott on Attempting to Answer “What’s Your Book About?”

It’s late summer 2013 and half past 10 pm and I’m at 30,000 feet somewhere over the West Coast of the United States. I’ve been on the road selling my novel for about three weeks straight and the longest time I’ve been at home in those three weeks was 18 hours and I haven’t slept in, well, hell if I know. So is it any surprise that when I get up halfway through this flight to go to the bathroom, a lead anvil of exhaustion crashes down on me and before I know what’s happening I’m waking up in the aisle of the airplane with a flight attendant—Greg’s his name, I think—kneeling over me, shining a light in my eyes asking: “Do you know where you are, Sir? You fainted.”

“I didn’t faint,” I say, only vaguely aware of where I actually am. “I’m not a fainter.”

Point of fact, it does.

A little while later I’ve wobbled to the back of the plane and Greg has stretched me out on the floor and left me in the hands of another flight attendant—Maggie—who’s kneeling beside me, doing her best to make sure that I’m not some midair sudden death case just waiting to happen.

“Do you have any health issues we should now about?” she asks. I can all but see some large insurance company standing behind her, trying to cover their bases in case this new author dies on their flight.

“No,” I say, my voice sounding not quite like my own, but starting to get there. “I’m actually pretty healthy,” I continue. “I think I’m just really tired.”

Maggie nods. She scribbles something on a small notepad. Again, that image of Big Insurance rises up in my mind.

“Well why are you so tired?” She asks.

“I’ve just been traveling a lot,” I say.

“Why all the travel?”

Her face lights up like a pinwheel. “Oh my god! Really? What’s your book about?!”

What’s your book about?

The foundational question of all book tours. After enough weeks on the road, after enough interviews, digital Q&As, articles, social media posts, discussions with your editor, agent, random seatmate on a flight, and third cousin twice removed—who actually wound up being the same person one time—you’d think a writer would have the answer to that question.

What’s your book about?

Yeah, maybe you can rattle off the plot points—that infamous “elevator pitch” you hear so much about—in a smooth enough fashion. But does any writer ever really know what their book is about?

Let me go ahead and answer that question for you: No.

But on book tour you’ll get lots of chances to pretend that’s not true.

So you start talking about story events and antagonists and character arcs and Faulkner—for some godforsaken reason that you don’t actually understand—but after you’ve done that a few times in your tour you start to realize that all you’re really saying when people ask what your book is about is “Well…stuff and things and I wish I knew.”

Does any writer ever really know what their book is about?

Somewhere along the way, after you’ve been chewed up by airports and taxis and road trips and after you’ve been in a few bookstores where no one has come out to buy your book—which is a right of passage for any author, by the way—you’ve had so much time to think about The Question that it becomes an interrogation of sorts. Like on TV when some grizzled, malicious-looking man sits across from the hero and points to a bank of lights behind him and asks, again and again, how many lights do you see? Sure, there are four lights, but the interrogator wants our hero to say that there’s five lights and gives him a zap every time he doesn’t. It becomes a battle of wills that threatens to break our hero.

“What’s your book about?” can start to break you too.

Or maybe you start to remember the parent who’s been dead almost twenty years now and how, soon, you’ll be at the age where you’ve been without them for longer than you were ever with them, and you’ll think about how that wound up—heavily veiled, mind you—on page 172 of the novel and you’ll hope to god that nobody asks you about that one particular scene because, if they do, you’ll realize that you haven’t gotten over anything and you’ll just fall to pieces right there in front of them.

Believe you me. I’ve seen it happen.

But the thing is: that’s part of the deal. Part of the Writing Package that nobody much talks about.

Yeah, book tours are about selling your book, meeting readers, and being proud of yourself for what you’ve achieved—which, by the way, you should completely be! But book tours also about writers learning to understand their books so that, eventually, they can understand themselves who they are as writers. Book tours are crucibles of frenetic self-reflection. A whirlwind where all the dreams of success you’ve had crash against the shore of reality and dissolve into a sluice of introspection that not everyone is ready for.

So, for those writers—or aspiring writers—preparing for a book tour, I offer this advice: hydrate, love the readers who come out to meet you and, most importantly of all, stop pretending you know what your book is about. Fact is, it’ll be years before you ever understand how and why you wrote it.

The true answer is to “What’s your book about?” is that your book is about you conquering a mountain that you’ve had inside you for far too long. Your book is about fighting through all the distraction and obstacles that tried to keep you from pumping out those 90,000 words. Your book is about a moment in time when, unequivocally, you should be proud of yourself. The thing in your hand, the thing people buy and take home with them to read, that’s for the reader. They’re the ones who will really decide what your book is or isn’t about.

For you, the book you write—and the book tour that follows—are just about enjoying the ride. And take it from me: even if it leaves you unconscious on the filthy floor of an airplane, it’s a glorious ride that not nearly enough people get to enjoy. 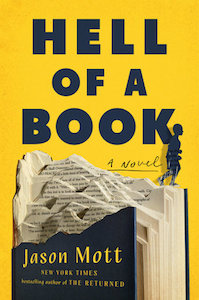 Jason Mott’s Hell of a Book is available now via Dutton.

Jason Mott has published three previous novels. His first novel, The Returned, was a New York Times bestseller and was turned into a TV series that ran for two seasons. He has a BFA in Fiction and an MFA in Poetry, both from the University of North Carolina at Wilmington. His poetry and fiction have appeared in various literary journals. Hell of a Book is his latest novel. 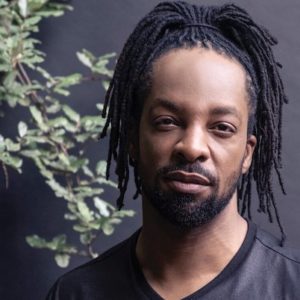