Mieko Anders Considers Klara and the Sun and Midsommar

What, or whom, are we willing to sacrifice to preserve the order of things? Kazuo Ishiguro confronts this question in his newest novel, Klara and the Sun, which opens with a description of a bright, bustling sidewalk from the perspective of Klara, a human-like “Artificial Friend” (or “AF”) waiting to be purchased and carried off to a permanent home. Stationed in a far corner of the AF store in which she has spent most of her existence, Klara sees the outside world with an almost childlike sense of wonder, and longs to bask in the sun’s rays, often craning to lean her face as far into the direct sunlight as possible in order to take in “his nourishment.”

Despite what the novel’s title might lead us to expect, the precise nature of Klara’s relationship to the sun is one thread that the novel leaves partially unresolved by its end. We quickly learn that Klara belongs to an older generation of AFs that rely on solar energy to function, which explains her desire to stand in direct sunlight. But as the narrative moves on, it becomes clear that Klara’s fixation with the sun is as spiritual as it is physical: after she is purchased by a frail young girl named Josie and her overprotective mother, Chrissie, Klara frequently prays to the sun to heal Josie, whose death seems imminent as she battles with a grave, unnamed illness. When Josie does miraculously recover, she does so after being bathed in a burst of blinding sunlight; Klara is, for reasons she insists she cannot explain to humans, certain that “the Sun” is responsible for the miracle. As Judith Shulevitz writes in a review for The Atlantic, Klara seems nothing short of an “improbable priestess of something very like an ancient nature cult.”

The aesthetics of Klara and the Sun work in a similar manner: rather than provide clarity, lightness alienates and unsettles. And so while Klara might not resemble these works overtly in its plot, its resonance at the level of aesthetics suggests that it, too, is interested in the kinds of horrors that don’t need to lurk in the shadows in order to terrify.

With Klara’s religious devotion to “the Sun” propelling its narrative forward, Ishiguro’s dystopian novel evokes a longer tradition of folk horror that dramatizes the ritual sun worship of pagan cults.

Set in rural Sweden during the summer solstice, Midsommar’s most gruesome scenes take place in broad daylight, as elders of the Hårga (the rural Swedish cult that lies at the center of the film’s plot) willingly plummet to their deaths during the Midsummer ritual of “ättestupa,” and younger members volunteer to be sacrificed under the midday sun as part of the closing festivities. All of the film’s characters—except for, notably, those not part of the Hårga—are clad in white. And in an era when no aesthetic choice seems like it can be taken for granted, critics of Aster’s film have made the connection between the film’s brightly-lit aesthetic and the overwhelming racial homogeneity of the Hårga. Drawing on writer Leila Taylor’s work in Darkly: Blackness and America’s Gothic Soul, Lea Anderson argues that, in the film, “daylight functions as one component in a lattice of devices designed essentially as a critique of white supremacy.” In a similar vein, Noor Al-Sibai teases out the connection between contemporary neo-Nazi iconography and the film’s use of Nordic runes in order to point to its latent critique of white supremacist ideology. For both critics, terror in Midsommar takes the shape of whiteness itself.

Klara takes place in a dystopian near-future in which racially homogeneous cults seem to be on the rise, and ritual sacrifice is less of a spectacle. While we quickly learn that Josie is sick with a mysterious illness, the cause of this illness isn’t revealed until much later: like many other children, Josie has been “lifted,” or genetically modified, in order to augment her intellectual capabilities. The procedure was meant to help her qualify as a competitive candidate for the nation’s highly selective university system, but it has come at the costly expense of her physical health. Josie’s older sister died some years before of the same illness after being “lifted,” and Josie herself risks a similar fate.

At the same time, workers across the nation have been forced out of stable employment, convening in paramilitary settlements in order to sustain themselves under this new regime. The two phenomena are part and parcel of what the characters refer to as “the changes,” although we don’t learn much about who or what is causing them, and why. We do learn that Josie’s estranged father, Paul, is a member of one of these settlements, and has, according to an offhand remark made by Chrissie’s friend Helen, “fascistic leanings.”

In her review for The Nation, Katie Fitzpatrick writes that, in contrast to Ishiguro’s previous novels, in which fascism is “a pervasive presence, but one that can only be hinted at or circled around,” Klara “tackles rising far-right ideologies head-on.” She notes that the shift is fitting, seeing as Klara is “Ishiguro’s first post-Brexit, post-Trump novel.” But Klara is also uncharacteristically explicit about fascism’s connection to white supremacist ideology: when Josie’s father objects to being called a fascist, for example, Helen quickly replies, “it’s just that you did say you were all white people…” A far cry from the evasive rhetorical strategies employed by Ishiguro’s typical narrators, the language in these scenes is strikingly transparent.

Aside from this brief exchange, however, little else is disclosed about these cults or the details of this new world order; as with Ishiguro’s 2005 science fiction novel Never Let Me Go, the texture of Klara’s speculative world is most apparent in the dynamics of the interpersonal, largely domestic relationships that the novel depicts. Neither relegated to the shadows nor poised as the central focus of the plot, the threat of white supremacy looms quietly (yet menacingly) over Klara’s narrative, making itself felt primarily through minor plot details and aesthetic forms. In other words, white supremacy in Klara is almost atmospheric: the narrative registers the fallout of white supremacist ideology at a systemic level, where its insidious presence structures everyday life and work.

The etymological root of Klara’s name, for example, contrasts directly with that of Josie’s housekeeper, Melania, who speaks in broken English and functions as Klara’s racialized double within Josie and Chrissie’s home. During his exchange with Helen, Paul issues a stark warning: “Where you live, Helen, you don’t have to worry yet, and I sincerely hope it’ll be that way for a long time.” In this way, the novel cleverly stages the emergence of a danger that is being rendered increasingly visible in our contemporary moment: the threat of whiteness, hiding in plain sight.

Klara takes place in a dystopian near-future in which racially homogeneous cults seem to be on the rise, and ritual sacrifice is less of a spectacle.

Though the novel is set in an unnamed North American suburb, the landscape that forms the backdrop of much of the plot—which reads more rural than it does suburban—recalls the isolated, pastoral settings of The Wicker Man, which takes place on the island of “Summerisle” in the Hebrides archipelago off the coast Scotland, and Midsommar, set in a remote inland territory of Sweden’s Hälsingland province. This particular brand of cultism, we might say, has crossed the Atlantic. A semi-abandoned barn near Josie’s house that sits just on the horizon becomes Klara’s makeshift house of worship. When the barn’s interior fills with blinding light just before sunset, the light causes Klara to have all kinds of strange, cryptic hallucinations.

In one instance, Klara envisions herself as being back at the store, although it isn’t so much a memory as a kind of premonition; in another, she recalls the image of an “evil bull” that she saw once while on a nature walk with Chrissie. What exactly do these hallucinations mean? What does Klara know that we don’t? Is Josie being sacrificed to the state or to the Sun, and does Klara really have the power to save her? Ironically, it’s the novel’s most light-filled moments that leave the reader in the dark.

But Klara’s subtle nod to pagan aesthetics isn’t without precedent in Ishiguro’s oeuvre. His previous novel, The Buried Giant (2015), stages the violent ethnic conflict between the Saxons and the Britons in a fantasy version of medieval England, in the wake of the death of King Arthur. Replete with magical elements and idyllic descriptions of pastoral English landscapes, The Buried Giant also manipulates lightness as an aesthetic mode in order to explore the workings of whiteness as a racial category. In Klara, which has its gaze set on our near future rather than a distant past, daylight accentuates the ubiquity of the violence of modern-day white power structures, as well as the ritual (as in everyday) nature of the sacrifices they entail.

At the end of The Buried Giant, a mysterious mist that has been shrouding the whole of England is finally lifted, which has the magical effect of restoring memory to all who had been under its spell. We learn that the mist had caused a collective forgetting of the genocide of the Saxons conducted by King Arthur during his reign. Suddenly, the characters remember the conflict at hand, and war seems inevitable. In Klara and the Sun, the mist is never given a chance to form at all, suggesting that we are just as likely to be lulled into complacency when the threat is as clear as day.

Mieko Anders is a PhD student in the Department of English and Comparative Literature at Columbia University, where she studies transnational Asian/American literature and culture.

Writing the “Eastern Western.” On the Massive Resurgence of Asian American Westerns 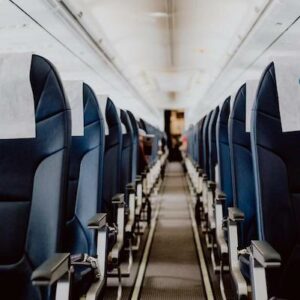 The Impossible Question at the Heart of Every Book Tour It’s late summer 2013 and half past 10 pm and I’m at 30,000 feet somewhere over the West Coast of the United States....
© LitHub
Back to top