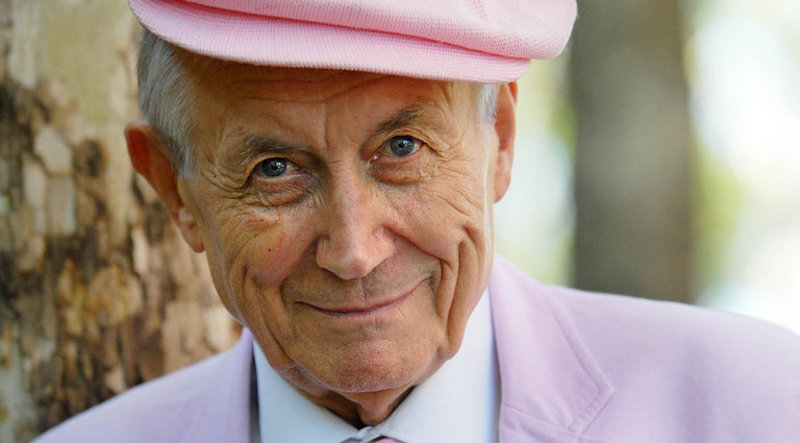 Joan Brady Recalls a Night with Yevgeny Yevtushenko, Above the Arctic Circle

An invitation to represent England at the 100th Anniversary of the Nobel Peace Prize in Norway was scary enough. But to share a stage with the Russian poet Yevgeny Yevtushenko at the same time: absolutely terrifying. I remember Yevtushenko from the 1960s when I was a Columbia student. He was the pop star of the intelligentsia in those days, everybody’s idea of a poet, passionate, young, courageous, glorious to look at. Women screamed and fainted at his performances.

The conference was to take place in Tromsø way high up above the Arctic Circle in the summer of 2001, a pretty town, an island city right out of a child’s toy chest. The theme was War and Peace—Tolstoy’s grandson as the guest of honor. The moderator of my session asked me if I minded speaking first.

“It is a little, er, difficult to stop this poet once he gets going.”

But there was no Yevtushenko in the theater when the session started. A minute or two into my speech, a figure appeared in the front row. I’m no good at faces, but I was pretty sure I’d spotted him because he stared at me in that disconcerting, unblinking way that Russians do. When I finished, the moderator thanked me especially—and pointedly—for keeping to my 20-minute limit. A Dane spoke after me. When he finished, the moderator thanked him too—again pointedly—for keeping to the 20-minute limit.

Then Yevtushenko approached the podium. He was nearly 70, hair thin, face deeply lined, back no longer straight. Even so it was clear at once what all the fuss was about. This was a hell of a delivery. Maybe his English belonged in a farce, but no Western voice soars and swings like that. Up and down. Loud and soft. Face and body in motion too. He began with an unpublished poem and went on to something about a Russian nutcracker, Tchaikovsky’s swans and great big dinosaurs. But he could have been saying anything, anything at all. With a delivery like that, who cares?

And he’s a man who knew how to handle a moderator as well as an audience. After 40 minutes or so, he turned to the moderator—visibly restive by this time—and said, “Is all right? I can finish? You permit?” Then came questions. As soon as the first one started, Yevtushenko leaned across to me and said, “What is phrase seel-kee prose? What this mean?” In my speech, I’d described an American I knew as being master of the New Yorker’s “silky prose.” I explained as best I could. “Is good,” he said. “Is little bit ironic, yes?” I nodded. He leaned back in his chair, then forward again. “You sink?”

Sink? “I’m not sure what you mean,” I said cautiously,

“You sink?” he said louder.

Could he mean think? Could I have said something really stupid? I gave him a puzzled look.

He leaned back in his chair. “You have beautiful voice. All seel-kee.”

“Too bad.” He turned to face the audience.

Dinner was on the top of a mountain, rare reindeer meat and more speeches.“How come writers, not peace prize winners?” I asked the Committee representative sitting next to me.

“Peace people are boring,” she said. “Writers are fascinating.”

At least Yevtushenko had written about war. And, well, I’d written a book called Theory of War. Anyhow, us writers were scheduled to read at a café after dinner and had to leave before dessert. Afterwards the writers assembled at a nightclub/café to read. My agent and I sat in the depths of the crowd; Yevtushenko faced the little stage at the front, his back to us. Helen Epstein of the United States started reading a grim passage about the Holocaust, and he swung around in his chair.

“I show you poem,” he said to me. “You read? Yes?” He opened a paperback of his poems—English on the left-hand page, Russian on the right—and turned to a verse called Metamorphosis: life in four stages through the names of Russian villages, which turn out to have very much the same feel and cadence as English villages.

“Out loud.” I read the poem out to him, stumbling a little (I’m slightly dyslexic); he cued me at almost every phrase. “Stronger here. Sad here. Broken English is good for poems. But not this one. You read for me?”

Amos Oz of Israel came on. Yevtushenko turned again to me.

“You read another poem? Is okay? We do together. Line in English. Line in Russian. You understand?” He took the book from me, flipped through the pages, handed it back:

“You have beautiful voice,” he said with a shrug.

Well, what the hell, it was getting late, and I’d had too much wine. Besides I’d been in love once myself. Joseph O’Connor of Ireland began to read. A stunning blonde woman just across from us caught Yevtushenko’s attention.

“She look like Julie Christie in Dr. Zhivago. Like Lara,” he said and leaned over to her.

“No one is perfect.”

He turned back to me. “Another poem. We do together. Yes?” He grinned impishly. “If they permit me have time.”

But the City of Yes is another affair altogether. Oh, dear. Here is a place where “Lips ask for yours without any shame… daisies ask to be plucked… herds offer their milk.” It ends (as you might expect)

An old crock blithering on about love is one thing, but… This time the glance I gave him was very worried.

How can such outrageous flattery actually work? I gave those yesses a try.

He shook his head. “Read like this,” he said. “‘Yee-eeees.’ He looked at me achingly, longingly (a little over the top, but never mind): “‘Yeeee-eeees, yeeee-eeee-eeees.’ Is orgasm: You understand?”

I can’t remember a single thing about my own reading, but when his turn came—prize of the evening—we went on stage together, side by side: Yevtushenko and me. He began by telling a little of the history of his famous poem Babi Yar, how much official rage it had caused, how much fear, how his publisher had been sacked for printing it. Then he began to recite it.

The poem itself carries a whallop; but with this powerful, flexible voice entreating, protesting, sorrowing, proclaiming, demanding—well, I’d say it’s the damndest performance I’ve ever been privileged to witness.

My part in the act, when we got to it, was definitely anti-climactic. I read the first verse in English about the village of Rosycheekly. He recited it in Russian. And for the first time I got some idea just why W.C. Fields put whiskey in Baby Le Roy’s milk. There was great good humor in the upstaging, but it was shameless. Face, gestures, body: all accompanied the voice that swung around its extraordinary spectrum like some souped-up car at a drag race. The audience laughed in delight.

Then came the love poem, and to my surprise he didn’t let go of the hammy, humorous style. Here we were, saying these things to each other—or that’s how it looked anyhow—and the audience was laughing happily, half with him, half at him, half enchanted, half embarrassed. He stroked my shoulders, kissed my cheek, pulled me into his arms. We ended on a triumphal note in that embrace, and he said to the audience:

“Is good, yes? We have only one rehearsal. At table. Next time: Carnegie Hall.”

As I read about the City of No, he left the stage and started out into the audience. He went from table to table, leaning over the women—the men might as well have been dead—commiserating with them (the City of No is not a friendly place), eyeing the gorgeous blonde but not approaching her.

Then—oh, dear Lord!—we got to the City of Yes. He turned into something out of whorehouse rock, any manner of sex for sale at any price. He prowled round and round, drawing toward the blonde through the other women, kissing this one en route, hugging that one, stroking another’s cheek, the voyeur-audience roaring with laughter around him, yet sheepish at the same time, still embarrassed but mesmerised too.

I didn’t see him again that evening—no idea if his blonde spent the night with him (I do hope she did)—but as I was leaving my room the next morning I met him at the lift.

He wore a pink golfer’s cap at a jaunty angle. “Why you not eat breakfast?” he said with polite concern.

“Thank you for reading.” He inclined his head in a formal bow.

I nodded in formal acknowledgement. “It was an honor.”

Before our performance, I’d told him he’d have to give me the book I was to read from. When we finished, he wrote in it for me, “To Joan Brady. To the woman with the silky voice”—he’d paused then and beat out a rhythm—“and the golden soul.”

Maybe it’s not his finest line, but it’s certainly one for pride of place in the memory book.

Joan Brady is an American-British writer and an international prize winner. Her novel Theory of War (Knopf, 1993) exposed the scandal of childhood slavery after the Civil War; it won the UK’s coveted Whitbread Book of the Year Award (now Costa) and France’s Prix du Meilleur Livre Etrangé. Brady first met the subject of her latest non-fiction book (Alger Hiss: Framed: A New Look at the Case that Made Nixon Famous, Arcade, August 2017) in 1960 and was in touch with him until his death in 1996. She resides in Oxford, England. 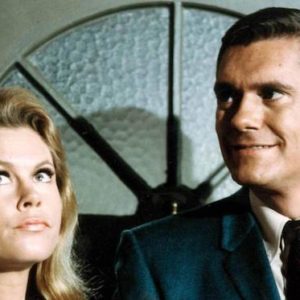 A coherent theme links The Wizard of Oz to Bewitched and beyond: the tension between the domestication of the witch figure...
© LitHub
Back to top