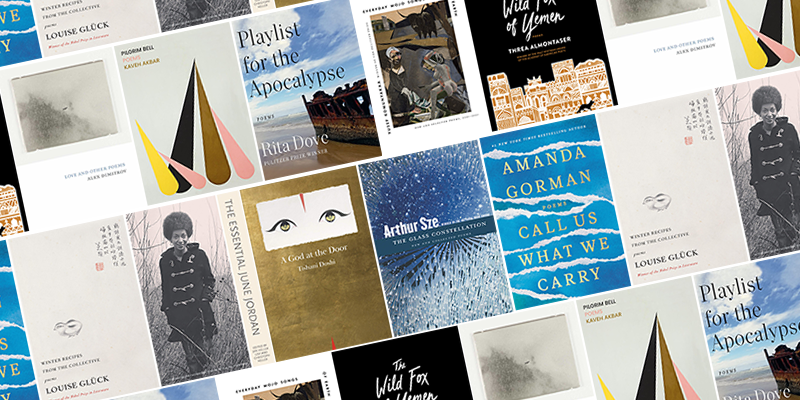 The Best Reviewed Poetry Collections of 2021 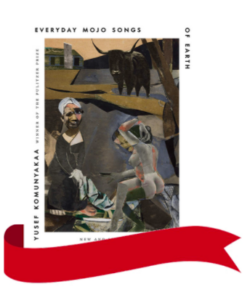 “… distinctive music, a sometimes mellifluous, sometimes cacophonous polyphony … The poetry he has published in the past couple of decades is pleasingly diverse and adventurous. At the same time, Komunyakaa, 74, has achieved a distinctive, recognizable and unifying style. The poems in this new book engage in various formal and thematic experiments—and yet the works embody the same spirit and sing with the same voice. Komunyakaa’s poems are as contemporary as poems can be: Some of them feel as if they were written a day, a year or a decade from now. At the same time, they draw liberally on historical, mythical or biblical sources … Komunyakaa tends to reach peak intensity in longer works that afford him the space to stretch out, gather momentum and amplify resonances … To praise Komunyakaa’s longer pieces is not to minimize the accomplishment of his shorter poems … In an era when there is great temptation to offer consoling sentiments, Komunyakaa dares to disturb.” 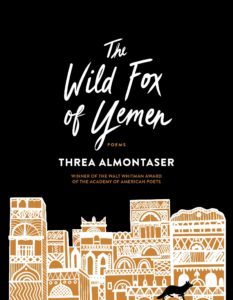 2. The Wild Fox of Yemen by Threa Almontaser
(Graywolf)

“.. [a] brilliant debut … The beautifully crafted poems can feel like mini-histories, intricate narratives spanning only a few pages. They overflow with richness and opportunities for interpretation, shifting between Arabic and English; yet they are self-contained and pointed as a missile … Almontaser is cunning in how she exposes the strength of overlapping languages. She’s also incensed; she also handles storytelling, family history, with grace. The Wild Fox of Yemen turns language into its own character, a fact of daily life we take for granted.”

3. Love and Other Poems by Alex Dimitrov
(Copper Canyon Press)

“I have found myself flipping through it all the time (but usually when the twins are napping) for an impromptu shot of delight. The book revives the persona of the downtown flâneur—it’s full of nods to Prince Street and Cafe Orlin and the Strand—and reading it feels like wandering around that pre-pandemic metropolis that we’re aching to get back to. From a business standpoint, the timing of books (and movies) tends to be arbitrary—they’re released when they’re ready—but every now and then a new one seems to dovetail with the cultural moment. Love and Other Poems is an example of that. It practically embodies the phrase ‘breath of fresh air.’ It comes to us in the midst of widespread loss and grief, with faint signals of hope on the horizon, but it nudges us (if I can borrow a line from a poem by the Nobel laureate Louise Glück) to ‘risk joy / in the raw wind of the new world.’ … Dimitrov’s lines are clear and conversational, and if you happen to detect an immediate and uncanny resemblance to Frank O’Hara—the flow of city streets, the openheartedness, the easy swing of the words, the exclamation points—well, that’s intentional … Dimitrov removes the academic armor of convolutedness and simply comes out with it—how he’s feeling, where he’s going, what he’s wanting. The result is refreshing, especially right now. His city and his stanzas bristle with life.”

“… true songs about pain and fear … Yes, I mutter, feeling the deep relief of lines that voice something my flesh mostly knows in silence: both the curse of disease and the tattered edges like grace. The poems, by turns beautiful and brutal, name something of my experience of faith as well … Pilgrim Bellwelcomes me with songs of collective personhood—the way our hearts could fit in each other’s chests—even as it calls me to question my false innocence. At points, it goes so far as to shock with images so apt you can almost miss their violence … in the book’s wide range of allusion and reference, Akbar has curated an expansive poetic and spiritual conversation, one that unfolds not in generalizations but in concrete points of reference … Within this richly populated spiritual conversation, I feel at points like Akbar is whispering directly into my ear, filling up a cup inside me that I didn’t realize was empty.”

4. Playlist for the Apocalypse by Rita Dove
(W. W. Norton)

“Rita Dove’s new book of poems is among her best. The title makes it leap from the bookcase … Dove’s books derive their force from how she so deftly stirs the everyday—insomnia, TV movies, Stilton cheese, rattling containers of pills—into her world of ideas and intellection, in poems that are by turns delicate, witty and audacious. Her sleepless eye for cant, necessary in all good poetry, is a bonus … These are fighting poems … You sense the books of many poets of Dove’s generation slipping to the back of the bookcase. Not hers.”

4. Call Us What We Carry by Amanda Gorman
(Viking)

“Gorman veers away from the aspirational and hopeful tone of her famous inaugural poem…to mine pandemic-induced grief and reflection. There is anger, confusion, and sadness in these poems, but there is also a great deal of history and documentation … Given the politicized nature of Critical Race Theory discourse fueled in no small part by the continued visibility of The 1619 Project, Gorman’s section ‘Atonement’ reads as an innovative, understated, and subversive text … Between musings and observations, Gorman’s finely attuned attention to the manifestations of our fear, our longing, our loss of so much but particularly, our control, also reminds us of her role—and that of poetry—in recovery, healing, moving on … The liberating force of the stories these poems tell about our resilience and survival showcases a powerful griot for our times.”

7. Winter Recipes From the Collective by Louise Glück
(FSG)

“Glück’s intensity repelled me when I first encountered her work, as a student … Now that I’m older, have suffered more and realize my life is likely more than half over, it’s her seriousness, her coldness, that appeals. Some days, and in the dark intervals between days, it seems to me that Glück’s preoccupations are what poetry is for, that poems are confrontations with the void … Glück has become a true poet of the void … [Winter Recipes] is quite brief, only 15 poems, and gives an impression of exhaustion, as though language and material have been nearly depleted … Here, as in her last book, the poems often feel like fables or strange little fictions, positing characters with unclear relation to the poet … The book is full of echoes of her earlier work, its winds (the breath of the void) and silence.”

“Be June Jordan for a few. Why not? She’s not with us anymore. Which is why this collection is so truly essential if we are to hang on to even a fraction of the extraordinary inheritance she left us. And it’s a great selection, The Essential June Jordan. All her beauties, thoughtfully and expertly selected by editors Jan Heller Levi and Christoph Heller. Her best. Her love poems … There are over 80 poems in the book. Not all of them the most famous, but perhaps the most moving of those she published in life. And strangely, if you read cover to cover (a great way to feel these deep in your marrow) you get, at first, a sense that there were really two June Jordans (at least). One, the lover. The other, the one better known for her political works, for her activism. But keep reading. Start over and you will see both Junes live in each piece … There is not much more to say. Read June Jordan. Read this book. Save it. Give it an important place on your bookshelf.”

8. A God at the Door by Tishani Doshi
(Copper Canyon)

“Tishani Doshi’s stunning new poetry collection, A God at the Door, performs the difficult task of locating the body within the broader politics of state power and gender. Through it all, her voice remains clear as a bell, her hold over craft unwavering … Disparate though they may be in terms of theme, tone and approach, the poems nevertheless sit brilliantly together, the effect achieved akin to that of a single long narrative. Doshi doesn’t given in to the temptation of taking shortcuts, of saying the trite, politically correct thing. Everything is held up to the light so that we arrive slowly, by gradual steps, at a way of looking at the world … Doshi has an eye for the incongruent—it is on this that the poems rest … Another equally striking aspect of Doshi’s work is her pitch-perfect awareness of a poem’s performative life … Doshi can be deadly serious and funny at the same time … The world is a mess and there is no way to square it all. But Doshi’s poems help us sit with all that is incongruent and awry.”

“Arthur Sze offers a stellar collection of lyrical poems that captivate the reader’s heart, even as the personae involved in the individual works also seem affected, sometimes dramatically, sometimes more subtly, but always moved. These poems are full of energy, sometimes boiling below the surface, or recoiling in a desert sunset, but always linking heart and mind with sensation and intellect … One of Sze’s striking writing characteristics involves his ability and propensity to create simultaneous actions, apparently unrelated, within a singular poem’s context … The poems engage the contemporary and the historical. Sze’s vision encompasses an amazing variety of animal, reptilian, and vegetal lives. It conveys a rich variety of ecosystems around the globe. It also reaches the heavenly bodies, the ends of the known universe, as well as an abundant variety of human cultures, but always reconnects to the human attempt to perceive … The Glass Constellation offers a complete course in not only how to write poetry but, even more, how to read it, to encounter it.” 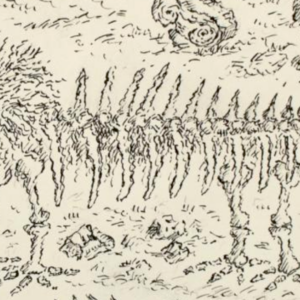 Every time I look at Ed Koren’s recent graphite and pen drawings, I experience a startling sense of elegiac anticipation,...
© LitHub
Back to top
Loading Comments...