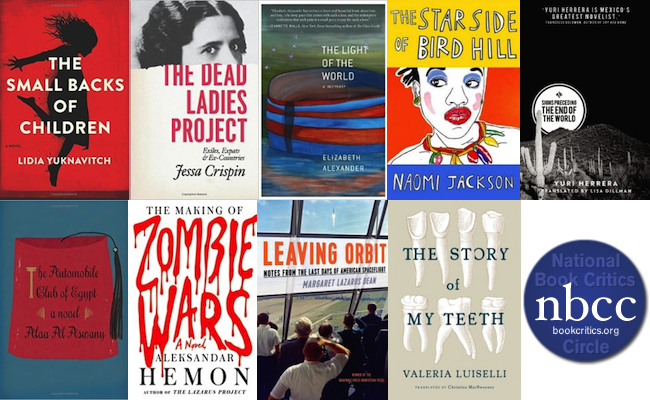 According the National Book Critics Circle (Who Should Know)

We asked our friends at the NBCC (the National Book Critics Circle) to come up with some of the books they loved that maybe didn’t get as much attention as they deserved. With the help of NBCC board member Michele Filgate, here are their answers.

Signs Preceding the End of the World, Yuri Herrera (And Other Stories)

Yuri Herrera’s novel Signs Preceding the End of the World tracks one woman’s effort to cross the border from Mexico to the United States to find her brother, and it clocks in at about 100 pages. Yet few 2015 novels feel so epic. That’s not just because of the heartbreak that infuses Makina’s story, or its touches of underworld mythology, though there’s that. Its rich, dark sentences are what stick with you—Herrera’s prose (via Lisa Dillman’s translation) captures the novel’s themes of freedom and loss with a poeticism that feels at once surprising and centuries old.

The Star Side of Bird Hill, Naomi Jackson (Penguin Press)

A nuanced and beautifully crafted coming-of-age story set in Brooklyn and Barbados, about the summer Dionne, who is “sixteen going on a bitter, if beautiful, forty-five” and her tomboy sister Phaedra, ten, spend on clannish Bird Hill with their grandmother Hyacinth, a midwife and Obeah healer. Hyacinth teaches Phaedra about herbs and dreams, emphasizing that  “life was not just easier but sweeter with family by her side.”

I loved Jessa Crispin’s first book, The Dead Ladies Project, a hybrid memoir and cultural critique with her inimitable voice. (The galley reached me too late to include in my BBC.com Between the Lines column.) She is the founder of Bookslut and Spolia, a voracious and savvy and empathetic traveler and restless reader who lives within an infinite imagination. I can’t wait for more.

I was really intrigued by the premise of Margaret Lazarus Dean’s Leaving Orbit: Notes from the Last Days of American Spaceflight. A blend of personal history, reporting, and a quiet reflection on the decline of the NASA space program and the curtailing, in a way, of American expansionist dreams.

I have seen the future of 21st-century Mexican writing: The Story of My Teeth—Luiselli’s playful, experimental and thoroughly entertaining story of Gustavo Sánchez Sánchez—is both comic and literary in the best sense. Above all, it lets the reader discover how exciting and original new writing can be. Bravo!

The Light of the World, Elizabeth Alexander (Grand Central Publishing)

Not sure this qualifies as “overlooked,” but I am an enthusiast for Elizabeth Alexander’s luminous and wise memoir, The Light of the World. Despite that dreadful title, Alexander manages to do something rare in literature: craft a believable, breathing portrait of a happy marriage over 15 years. Because she is a poet, she takes exquisite care with language, letting us know her life with Ficre Ghebreyesus, an artist and cook who grew up in Eritrea. Food is everywhere, including a recipe for Shrimp Barka in Chapter 2, and one for Spicy Red Lentil & Tomato Curry toward the end. I am tempted to give this slim work as a wedding gift, but the untimely death of Alexander’s husband makes such a gesture seem too macabre. Still, the book is that good.

The Making of Zombie Wars is set in Chicago in the tub-thumping, war-mad spring of 2003 and stars Josh, a half-assed ESL teacher in his thirties who aspires to fame as a screenwriter. Excerpts from his screenplay for a zombie film serve as a fun-house reflection of both Josh’s muddled efforts at romance and the existential panic inside his own head. The result is an excellently entertaining social satire, knock-about-caper, and ingenious version of a slacker novel.

If I had it my way, this brilliant novel would be required reading for anyone who cares about the fierce necessity for art, for prose that pries the world open and jolts you out of the banalities of everyday existence. And as I said in an interview with Yuknavitch last July, she “writes about art, violence, sex, ferocity, willpower and womanhood with explosive force, in a language that evokes modern mythology.” 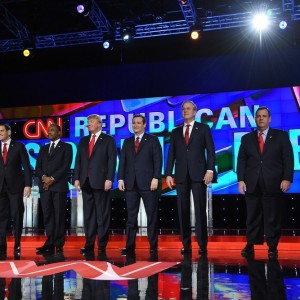 We are honored that Literary Hub continues to call on us to point out and translate the deliberately deceptive language – or Spinglish,...
© LitHub
Back to top
Loading Comments...