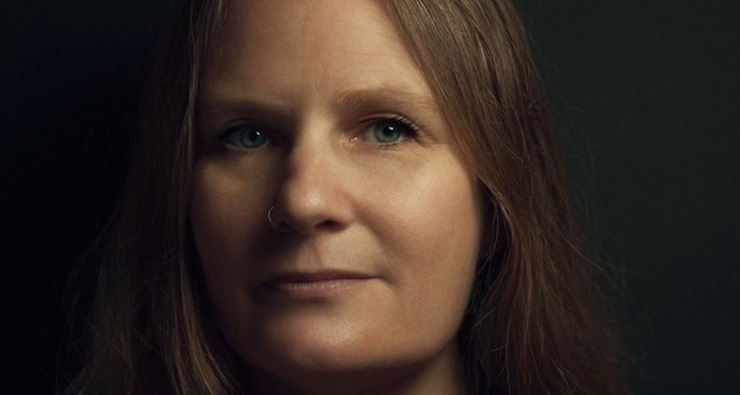 Michele Filgate in Conversation About Blood, Sweat, Tears, and More

“Every storymaking effort is a construct,” the writer Lidia Yuknavitch says in a recent email interview. “Memoirs are fiction to me, novels are selfstories in disguise to me. Both require deep struggle inside language and image and representation. As does painting and poetry and music. All forms of artmaking ravage the maker.”

In her latest novel, The Small Backs of Children, Yuknavitch writes about art, violence, sex, ferocity, willpower and womanhood with explosive force, in a language that evokes modern mythology. A girl is photographed at the very minute her family and home are destroyed in a wartime conflict in the Balkans. The photographer goes on to win a major award; her writer friend becomes obsessed with the now-orphaned girl; the girl lives with a widow and, under her tutelage, learns about art and the world. The characters are mostly referred to by profession rather than name: the writer, the widow, the girl, the poet, the filmmaker, the performance artist.

“I think we need new girl myths,” Yuknavitch says. “New boy myths. New gender and being myths that are not limited to binaries like “girl” and “boy.” I’m not clear why we have to limit ourselves to old myths without creating new ones… I have no allegiance to locating myth in the past, like it’s locked in petroglyphs or something. I think we can dislocate myth, relocate myth, form, deform, reform myth as culture and people change. It’s more mythmaking as a verb that interests me.”

The Oregon-based writer is also the author of The Chronology of Water, a memoir in which she talks about her childhood, her stillborn daughter, her sexuality, and swimming—among other topics. But to sum up what one of Yuknavitch’s books is about almost defeats the purpose. Reading her work is like looking at a piece of art. There’s an urgency to her exuberant language; one wants to devour it.

“Painting, and in particular abstract expressionism, as well as poetry, devoted as it is to distilling image and emotion, as well as film, which strings together images in juxtapositions to make story, are my touchstones,” Yuknavitch says. “I experience color very intensely. I can look at a gray sky or rock and see a hundred different colors. Same with light and sound… There is an easel next to my writing desk because sometimes I have to get physical with canvas and color when language is breaking down for me. And sometimes the image gives over to words. That’s how I work.”

There are several recurring motifs in The Small Backs of Children, including the color white: the white of the page, the snow the girl walks on in the intense opening chapter.

“In some ways, ‘the white’ that I write about in the novel is the space of pure, chaotic, unordered creativity,” Yuknavitch says. “But it is also the place of psychosis, if one travels far enough in, as some of us have through pain or grief.”

Blood is also symbolic. The ex-husband of the writer uses blood to paint. The girl uses her menstrual blood for her own artwork.

“The blood and semen and lady goo and urine and tears and sweat and corporeal fluids in the novel—they are all about the body as an epistemological site,” Yuknavitch says. “You could say we endlessly ooze the possibility of meaning-making. And I mean that literally, figuratively, and theoretically.”

Yuknavitch “doesn’t write from a place of knowing.” She looks to dreams and her subconscious for her creative work.

“I began with a set of emotional intensities around grief and loss and love, a few photographs from my Lithuanian family history, a few drawings I’d created that triggered deep questions for me. I’d already written about the death of my daughter as the birth of my writing in The Chronology of Water. But I hadn’t written beyond the self in relation to the socius. I wanted to write into the larger world, where the questions would go from micro to macro.”

She doesn’t think of her writing time as a routine. She refers to them as “interludes” and “nocturnes” and “triptychs.”

One of the many things that Yuknavitch excels at is writing about sex. There are so many writers who simply cannot convey the body, or desire. But in her case, she holds nothing back from the page.

“I don’t need to give myself any special permission to write something I believe to be true with my entire corpus: that sexuality is a part of everything about us, every moment of our lives, from birth through death,” Yuknavitch says. “Why we colonize it and lock it inside dull plot points and dud tropes is baffling to me. I mean, WE HAVE BODIES FOR LIFE. To my knowledge, no one’s corporeal experience is limited to the novelistic plot points I see supersaturating the market. We are more contradictory than that sexually. Our sexuality is far in excess of those puny stories. Our sexualities deserve better representation than traditional narrative has allowed. But I’m not doing anything “new.” Walt Whitman. Or Sappho. Or Duras. Or Acker. I mean jesus. Let the body go. Let it rise inside language and shatter the story.”

It’s not surprising that “painters and image-makers” are where she draws most of her inspiration from, but she also turns to Marguerite Duras, Kathy Acker, Gertrude Stein, Toni Morrison, Leslie Marmon Silko, Virginia Woolf, Joy Harjo, and Clarice Lispector.

“And something that is endlessly thrilling to me is working with emerging writers,” she says. “I mean, that’s where creativity is like an as yet unfinished sentence. Glorious. Unfettered by what happens after you enter the creepy capitalist industry and market of American Literature. So it would be sort of true to say that students inspire me. Nothing has stopped them yet. They could be anything. I try to help them see that for as long as possible.”

In her memoir, Yuknavitch writes about Virginia Woolf. “At your backs will be history. In front of you, just the ordinary day, which is of course your entire life. Like language. The small backs of words. Stretching out horizonless.” In the new novel, the title comes from the playwright’s sister, who as a child makes up some lines while they perform Shakespeare at home: “Pity the small backs of children, he heard her saying. They carry death for us the second they are born.” There’s a vulnerability in both instances. Language and children are burdened with the weight of history. So how are we not overwhelmed by the words we want to convey, by the people that we want to be?

“I think it’s important to learn to face the fact that the brutal and the beautiful always co-exist, often right next to one another,” Yuknavitch says. “I want to get better at facing what we have done to the world and to each other. I want to get better at deploying direct action with compassion. I suspect that writing books is partly how I’ll find my way… because writing books releases me from the tyranny of how things are and catapults me into imagination, the more real place, the place where anything remains possible.”

At Rehab, Talking to an Invisible Dog

Ta-Nehisi Coates: Of Plunder and the Killing Fields 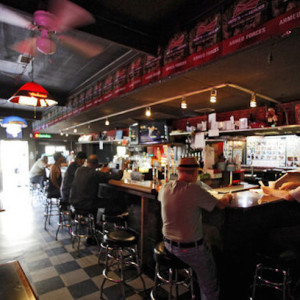 At Rehab, Talking to an Invisible Dog

The following essay is from a memoir-in-progress, to be published in 2016. Joshua Mohr's latest novel, All This Life, is...
© LitHub
Back to top