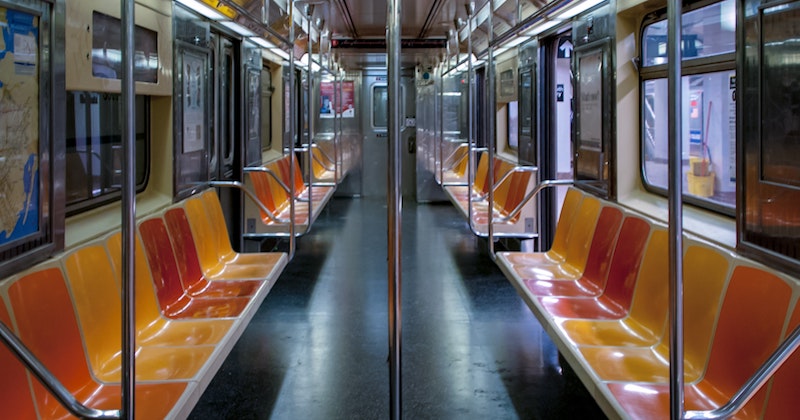 The Benefits of People-Watching: How My Weird Subway Ritual Became a Storytelling Device

A few years ago, in the “before times,” when riding the train was generally a mundane experience, I had a conversation over a boozy dinner with an old friend, a native New Yorker like me, about how we pass time on the subway.

“I look around the car,” she said, leaning in conspiratorially, “and think about who I’d most like to have sex with.”

“You do?” My mouth dropped open. “I think about who the best partner in an apocalyptic emergency would be.”

Being in her brain sounded more fun.

The truth is, I have a different game that I regularly play in my head, not just on the subway, but at airports while waiting to board at the gate, in movie theaters before the lights go dark, even at my local café when procrastinating instead of toiling away on my laptop.

I study the people around me and think, “Someone, somewhere, was once in love with you.” Then, based on anything I can assess about their appearance, what they’re carrying, the expression on their face, the way they respond to nearly getting kicked during “Showtime” performances on the Q train, I create a backstory for them. Did this person know that the other person loved them? Did they confess it in secret as children on the playground? How did it begin? How did it end? What did their lives look like now? Did the person who once loved them walk around hoping to run into them? (I still remember what that felt like—hoping to bump into a crush or an ex when the feelings were still fresh.) Would they be envious that I was fortunate enough to sit across from the object of their affection now? Was someone, at this very moment, closing their eyes and pining for this stranger sitting right in front of me?

Short, tall, old, young—no one escapes my scrutiny. Occasionally, I have been caught and have quickly looked away. After all, staring at a stranger, particularly on the subway, is not exactly proper etiquette. Usually, I’m caught in the act of eyeing someone while I’m trying to come up with an incongruous or surprising trait. Because that’s part of the game too: I can’t lean on stereotypes or low hanging fruit. I can’t just assume the construction worker across from me is tired after coming off a long shift, on his way home to his stay-at-home wife and three teenage kids, nostalgic for the time when they were small and would run to the door to greet him instead of barely look up from their iPhones. He also needs to love tap dancing or making sushi and homemade peach ice cream. He also needs to hate country music and love Elvis. He also needs to remember his first kiss, at the end of a snow day in Prospect Park, damp against the stone wall that delineates its edges.

Every now and again, these observations have informed my writing. When I come up with a particularly inspired set of characteristics or an evocative way to describe them, I jot it down and sometimes will give a character that quality. I used to carry a notebook in my bag for that reason, but, these days, I’m more often typing in the notes app on my phone, the dumping ground for all the things I hope to remember (and, if I’m honest, rarely do—but the concepts root, regardless, I think). Often, I also write down snippets of conversation or amusing comments that I overhear (a habit that, by no accident, Joan Didion practices too). Just yesterday, I passed a young man on the street who was on his phone, and heard him say, “I’m not a casual kind of person.” He was good looking, a gym rat. He didn’t fit the profile of the type who I’d imagine delivering that line.

This habit of projecting a profile that both fits and doesn’t has been a helpful exercise in creating dimensional characters and maybe even interpreting others with more nuance. And, in my new novel, Competitive Grieving, it became even more than that; it served as a storytelling device.

When I was a teenager, I went to visit a friend on a farm in Wisconsin, where she had recently moved from New York City with her family. Before takeoff on the flight home, in a truly tiny plane, the pilot ventured from the cockpit in person to explain that the weather might not be great, but tripped and fell on his face down the aisle, not exactly inspiring confidence. We hit a big storm. In the turbulence, luggage was falling with a bang from compartments above our heads. The plane was dipping and swerving. In the midst of the chaos that I was pretty sure might result in our tragic deaths, I pulled out a piece of paper and wrote a guest list for my funeral. Who would come? Who would cry? What would they say? Would anyone confess to secretly always loving me? At the very least, it was a distracting activity.

So, the meshing of that funeral planning instinct with my who-loves-you game was probably inevitable for this book. The main character, Wren, has lost her childhood best friend and is struggling to navigate the aftermath of his death. As she contends with his challenging group of friends, people who she knew but never really liked and his maddening (but, yes, charming) lawyer, she is constantly shuttling between Brooklyn and Manhattan’s Upper West Side on the train. While she’s in a deep state of grieving, she is also resistant to accessing her emotions, so, instead of crying, she begins occupying herself by predicting causes of death and planning funerals in her head for anyone in her eye line—doormen, bodega owners, creepy dudes across the subway car, even her close friends. She debates between chicken parmesan, empanadas and cookies for reception spreads, between Adele and Leonard Cohen processional songs:

Sometimes, my plans don’t stop at the food. As I lie in bed at night, one knee poking out from beneath my too-warm comforter, I plan touching but funny eulogies for everyone from Gretchen to my dad to our old history teacher, Mr. Harvey. Remember him? The guy with the giant 1970s glasses? I think he would have liked fondue and Jackson Browne’s “Late for the Sky.”

I plan how I’d find out that each person died too: a call, a text, a wildly inappropriate Snapchat, a premature social media post; from a mutual friend, from a family member, from an apologetic police officer showing up at my door.

How Wren sees and interprets the people in her environment helps us understand her worldview, and offers a glimpse into how hard she’s working to avoid her feelings. The act of observing others tells us about her—and ourselves. So, while the actual mechanism of playing these games won’t likely make it into my future books, I will definitely continue to use this as a tool for contemplating humanity’s dimensions.

The other day, a friend of mine, who was in the midst of reading Competitive Grieving, texted me. “Can you do my death?” she wrote. “Plan my funeral?”

I laughed, but I understood what she was really asking: she wanted me to satisfy that fundamental curiosity we all have about where we fit in the world. In looking at others, and extrapolating characters based on what we might imagine, we’re also trying to figure out our place. We’re asking, “Who am I to you?” and “How does the world see me?” and “Who would attend my funeral?” and “Who loved me?” And, of course, most importantly, “Would I be a good partner in an apocalyptic emergency?” That one remains to be seen. 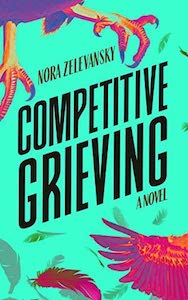 Nora Zelevansky is the author of Will You Won't You Want Me? and Semi-Charmed Life. Her writing has appeared in ELLE, T Magazine (The New York Times), Town & Country, the Los Angeles Times, The Wall Street Journal and Vanity Fair, among others. She lives with her husband and daughter in Brooklyn, New York. 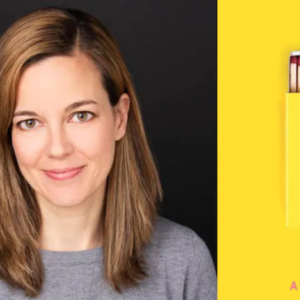 Alix Ohlin “has a rare gift for examining the confusions of the 21st century, exploring the ways in which addictions, afflictions,...
© LitHub
Back to top
Loading Comments...