A Close Reading of Jack Kerouac’s Advice to Writers

Let me be up front about something: I’m not a huge fan of Jack Kerouac. Like many Americans, I read On the Road as a teenager, and like fewer Americans, I also read Satori in Paris and The Dharma Bums. I remember finding them interesting—different than most of what I was reading, to be sure, but not particularly mind-blowing. I do not actually remember them being misogynist, self-indulgent, and frankly corny, though as an adult I can see that they are. There’s a reason they’re mostly beloved by teenagers who want to be cool. But there’s also a reason that Jack Kerouac remains an American literary icon.

In the 50s, Allen Ginsberg challenged Kerouac, literary darling of a generation, to write down his methodology, and he came up the following list: “Belief & Technique for Modern Prose.” It’s not exactly a list of writing advice, and not exactly a set of techniques for how to live, but it lives in that arena. It’s Kerouac, after all. He was definitely at least halfway to faded when he wrote it. On first read, much of it seems like hippy nonsense. But then why is it still so relentlessly quoted, and why is Kerouac still so relentlessly read?

On Kerouac’s birthday, I wondered if there might be something in his list of directives after all. So I close-read his advice, giving him the benefit of the doubt, to glean what wisdom there might be lurking within. The verdict? Well, there’s something there . . . but there’s also a lot of nothing. But feel free to draw your own conclusions.

Right off the bat, I have to swallow the anti-grammar that Kerouac so cherishes (see #13). But we’ll cross that river at the signpost, so let’s start with the content here, a general suggestion of writing a lot, and with abandon. Of course, no one really disagrees about the value of keeping a notebook, but not everyone thinks writing should be joyful. “Sit down at a typewriter and bleed” and all that. But on this front, I personally agree with Kerouac. To paraphrase Robert Frost: no joy for the writer, no joy for the reader. Though I would also add: no editing for the writer, no sense for the reader.

2. Submissive to everything, open, listening

I balk a little at the idea of being “submissive to everything,” but I’m fairly sure Kerouac only means that writers benefit from being good observers, which is another common piece of wisdom, and is true enough.

3. Try never to get drunk outside yr own house

I don’t know—isn’t it when you get drunk alone at home all the time that you’re supposed to start worrying? And should we really take this sort of advice from a man who died of cirrhosis and lived with his mom?

I want to cosign this, but I’m not sure it’s actually particularly good writing advice. I mean, if one is truly in love with their life—utterly satisfied—would they feel the need to write? Would they have anything to write about? Honestly, I’m not saying no, I’m just posing the question. I’m not one of those people who thinks that trauma and hardship are necessary to produce good writing (and in fact it’s much easier to write when you have safety and security and health), but when was the last time true satisfaction created a great work of art? (Maybe when Nabokov was alive . . .)

5. Something that you feel will find its own form

A twist on “write what you know,” and a suggestion that if you have a genuine emotion or thought, it will naturally present itself as literature if you only let it. A recipe for a lot of bad writing, and some good accidents, if you ask me. Writing (not typing) is usually hard work. There’s no use pretending it isn’t.

6. Be crazy dumbsaint of the mind

Kerouac loved to invent words and circumvent grammatical conventions; this is one of his most famous neologisms. I have to say I find it almost entirely meaningless on a literal level. Be a dumb (silent? foolish?) saint of your own mind? Does that mean you worship your own mind, or your mind worships you, or what? Does it mean that you see your mind the way a saint would? Does it mean you approach the world with the mind of a crazy dumb saint? Isn’t Kerouac supposed to be a Buddhist at this point—before he converted back to Catholicism on his deathbed because he was scared to go to hell? If he were really a Buddhist, he would know that saints are illusory and so is the mind.

Of course, that said, you do get the sense of what he means, Jabberwocky-style, which is something at least. Or at least, the sense I get is this: that you should completely indulge your own mind in all its weirdness, and that you should approach your experience with a sort of childlike (crazy, dumb, saintlike) wonder.

Fun fact: Dumbsaint is also the name of an Australian post-metal band that seeks to “blur the boundaries” between music and film. Yes, they got the name from this list.

7. Blow as deep as you want to blow

This probably means more or less the same thing as the above: don’t hold back, and go as deep as you can into your own artistic vision. Unless he’s talking about cocaine, that is.

8. Write what you want bottomless from bottom of the mind

Clearly, this point was important to Kerouac.

9. The unspeakable visions of the individual

This can’t really be spun into any kind of sensical advice, but at least it’s a valid description of what literature can be, so long as we understand  “unspeakable” hyperbolically.

10. No time for poetry but exactly what is

11. Visionary tics shivering in the chest

This sounds a little too much like detoxing, which I’d wager is usually not great for writing.

12. In tranced fixation dreaming upon object before you

#10-12 add up to a description of an artistic state, that I suppose we should infer is something Kerouac is recommending. In Kerouac’s companion piece “essentials for spontaneous prose” he expands a little on the trance idea:

SET-UP: the object is set before the mind, either in reality, as in sketching (before a landscape or teacup or old face) or is set in the memory wherein it becomes the sketching from memory of a definite image-object.

METHOD: If possible write “without consciousness” in semi-trance (as Yeats’ later “trance writing”) allowing subconscious to admit in own uninhibited interesting necessary and so “modern” language what conscious art would censor, and write excitedly, swiftly, with writing-or-typing-cramps, in accordance (as from center to periphery) with laws of orgasm, Reich’s “beclouding of consciousness.” Come from within, out-to relaxed and said.

This is the “automatic writing” that you have heard about.

The meaning is clear (actually this is one of the more straightforward and grammatical of the entries). But while I know it’s cool these days to talk about how grammar rules are like, just your opinion, man, I still think you need to learn the rules before you can break them. Which is not to say that Kerouac himself didn’t—just that it’s probably not the most helpful suggestion for a writer just starting out.

“Teahead” is Beat slang for “stoner” (or, ahem, “habitual user of cannabis“) so if he’s saying that, like Proust, you should get stoned on time . . . well, okay.

15. Telling the true story of the world in interior monolog

This is a pretty good description of Kerouac’s general storytelling mode. Of course it’s not the only way to tell a story, or even the best way. Too much interior monologue can be tiresome, unless you’re Clarice Lispector-level good at writing sentences, which Kerouac, I am sorry, was not.

16. The jewel center of interest is the eye within the eye

“Jewel center” may be a reference to the third chakra, or Manipura, which means “jewel city” and is located at the navel (what we often think of as our “center”) and connected to our personal power and sense of self. But at any rate, this is basically a suggestion that good literature gets to the heart of things; I doubt many people would argue.

17. Write in recollection and amazement for yourself

This is essentially a combination of #1 and #14.

18. Work from pithy middle eye out, swimming in language sea

Kerouac probably didn’t mean the psychotic Mayan warrior from Apocalypto, so I’m assuming he’s talking about a kind of ungrounded middle distance of meaning, which can indeed be a lucrative creative center. Kerouac also didn’t mean “Between Going and Coming,” the poem by Octavio Paz, translated by Eliot Weinberger, but I’m going to leave the end of it here anyway:

The light turns the indifferent wall
into a ghostly theater of reflections.

I find myself in the middle of an eye,
watching myself in its blank stare.

The moment scatters. Motionless,
I stay and go: I am a pause.

There’s that Buddhism: everything is impermanent, which means there’s nothing to be upset about when something disappears.

20. Believe in the holy contour of life

This could mean a thousand things, but I read it as an instruction to trust that things will turn out all right in the end.

21. Struggle to sketch the flow that already exists intact in mind

Or: Often a sentence or an idea seems perfect in your head, but as soon as you put it on paper it begins to show flaws, grow holes. That’s okay. Keep trying.

22. Dont think of words when you stop but to see picture better

I interpret this as meaning that you shouldn’t be taking notes whenever you see a pretty sunset; just let yourself see it. It could also mean only think of words that will let you see more clearly, but I care for that one as much.

23. Keep track of every day the date emblazoned in yr morning

Sure, it’s probably a good policy to know what day it is.

24. No fear or shame in the dignity of yr experience, language & knowledge

This is actually an excellent piece of advice: to speak from your own experience, to write in your own tongue, and not to allow your art to be devalued by whatever the rest of the world thinks is cool or important at the moment.

25. Write for the world to read and see yr exact pictures of it

Or: be precise in your descriptions.

26. Bookmovie is the movie in words, the visual American form

Or (generously): let your mind be at ease with the contemporary American imagist thrust; you can use this to your advantage if you recognize it.

27. In praise of Character in the Bleak inhuman Loneliness

This, I can get behind: the suggestion that the thing about literature (and life, for that matter) that rescues us from “bleak inhuman loneliness” is the humanity of others, whether imagined or encountered. A fine description of art.

28. Composing wild, undisciplined, pure, coming in from under, crazier the better

A repetition of multiple earlier points, and the reason Truman Capote hated him.

Something only a white man in America—or a placating wellness brand spokesperson—would believe about themselves. 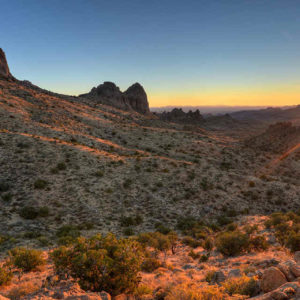 Travelers back from the wilderness may remark that their trip “passed like a dream” and—as if it were a good night’s...
© LitHub
Back to top