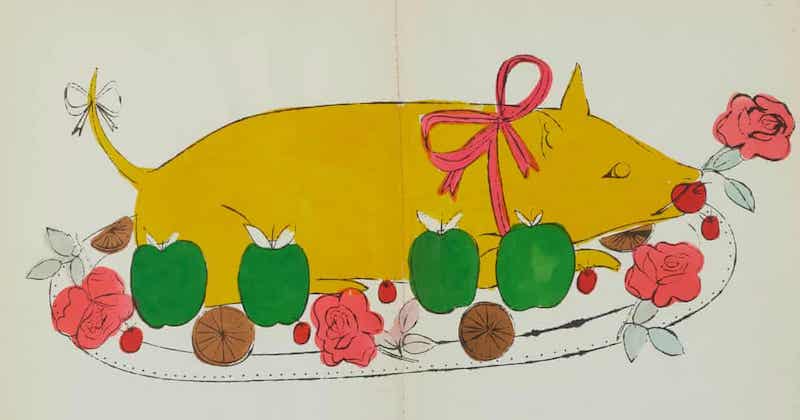 Take a look inside this rare, self-published Andy Warhol cookbook.

Some pleasant Monday browsing! A rare self-published cookbook by Andy Warhol—one of only 34 color copies made—is up for auction this month at Bonhams.

Warhol collaborated on the book with his friend Suzie Frankfurt, who wrote the text, and his mother, who did the calligraphy, adding deliberate misspellings. (Whimsy!) The cookbook is a parody of late 50s haute cuisine cookbooks, inventing dishes like “Omelet Greta Garbo” (which is “always to be eaten alone in a candlelit room”) and “Seared Roebuck” (“roebuck shot in ambush infinitely better than roebuck killed after a chase”).

This was in 1959, before Warhol was famous; the team couldn’t even sell 34 copies, and most were given away to their friends. The copy up for auction bears the inscription, in Warhol’s hand, “To De De”—it was a gift to the fashion editor D.D. Ryan.

Take a look at some of the recipes below: 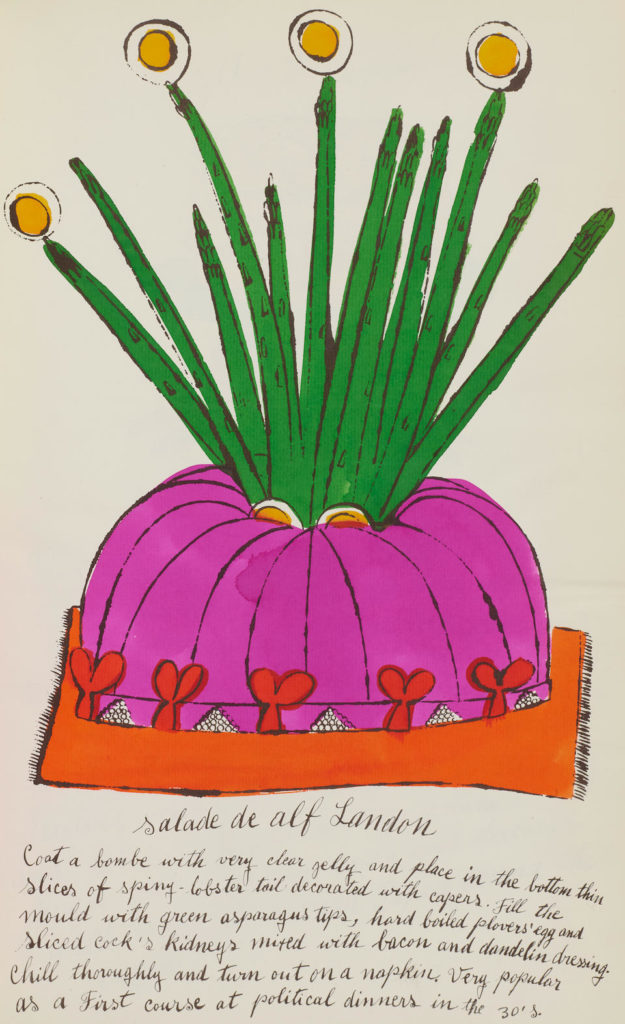 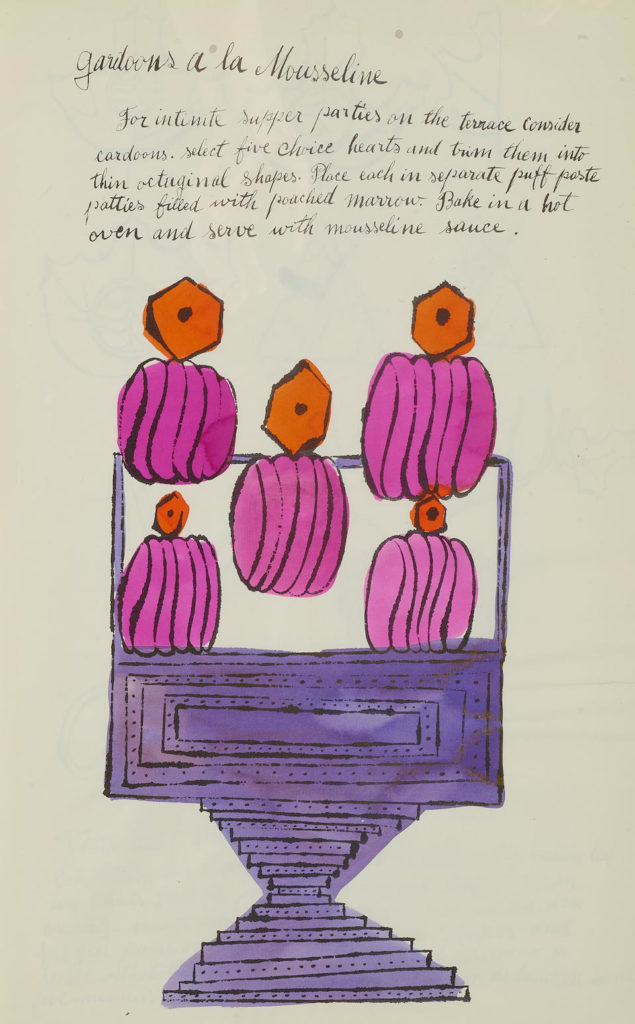 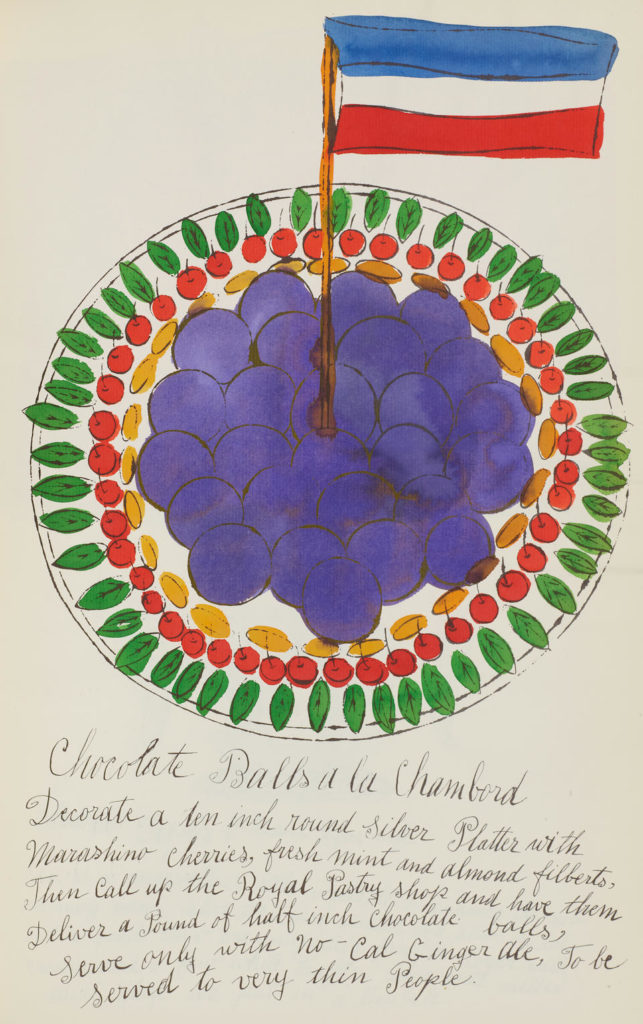 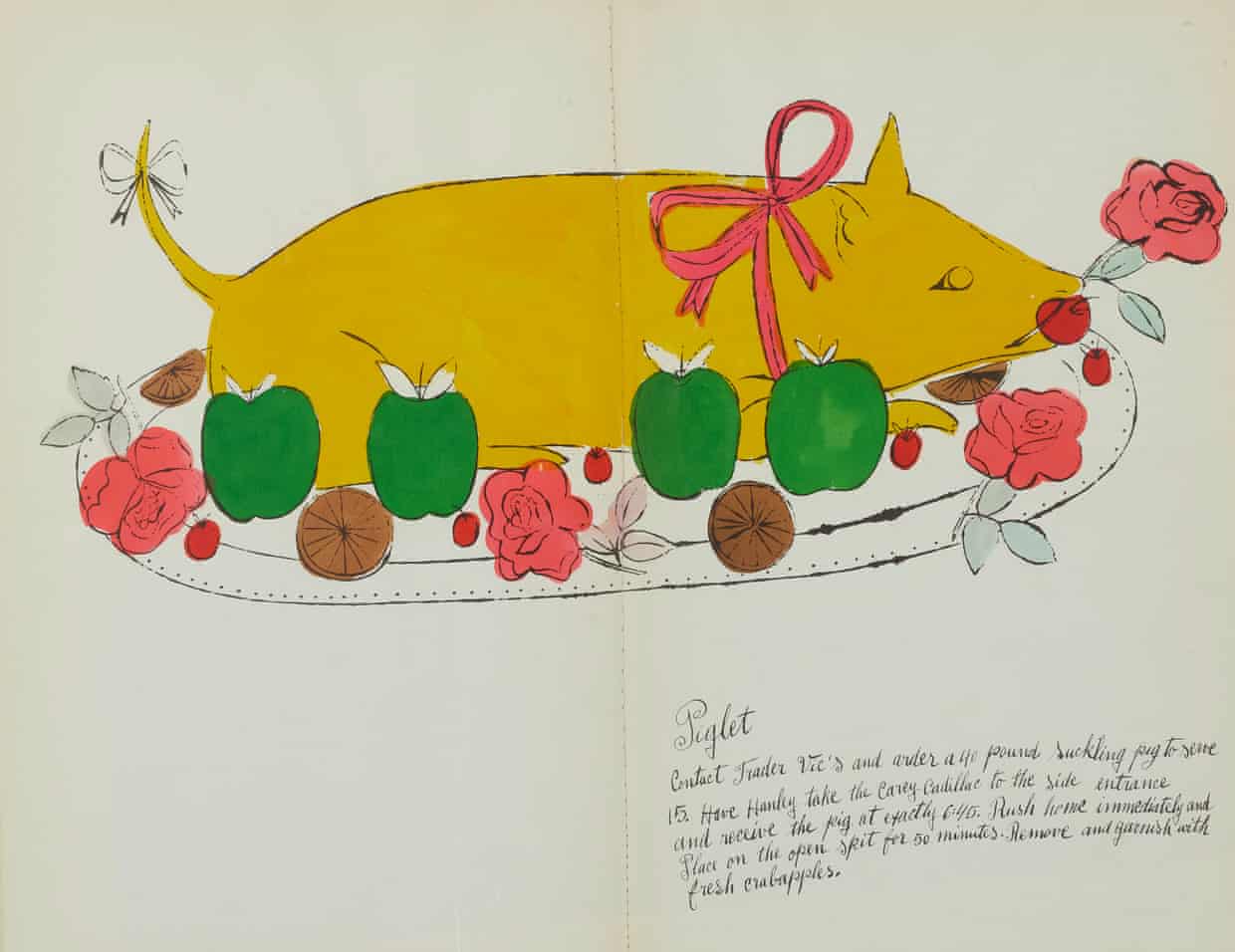