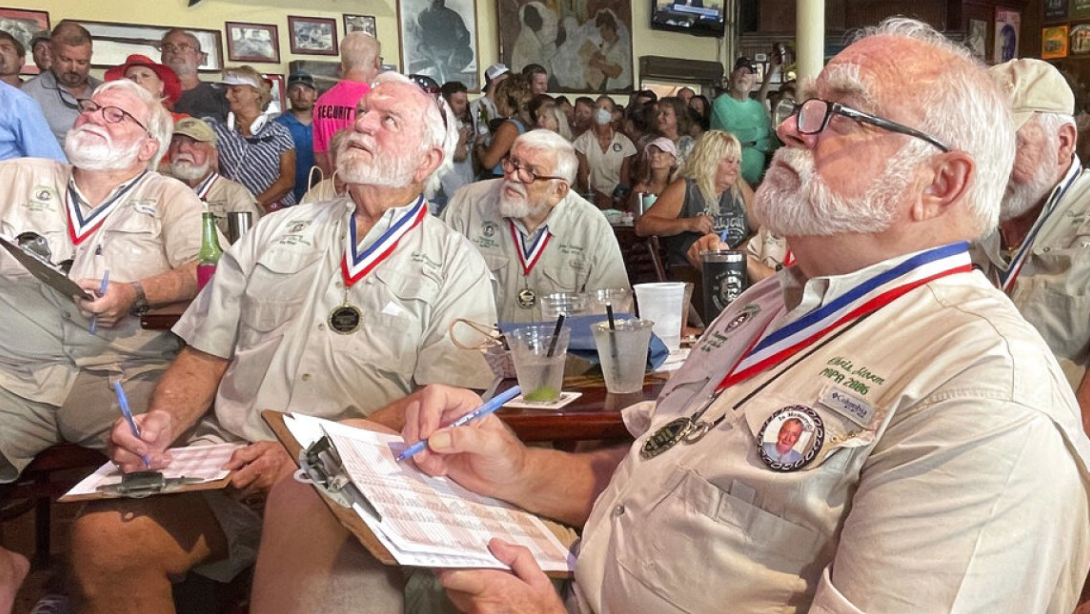 Son carries on family tradition of looking kind of like Ernest Hemingway.

A century from now, when the Autonomous Underwater City State of Key West has defeated the last of its subaqueous rivals for control of What Was Once Florida (WWOF) you can be sure they will celebrate with yet another Ernest Hemingway Lookalike Contest.

I still can’t quite tell if I find the continuity of this contest, which was first held in 1981, reassuring or unhinged: though it was canceled last year, the latest seven-day average for new daily Covid cases in Florida is up to an alarming 10,452, which “leads” the nation… and might have suggested a more prudent approach from organizers! Really not a great time to get a bunch of old guys together in one place, people.

But sure, anything to appease the wrathful ghost of Big Papa.