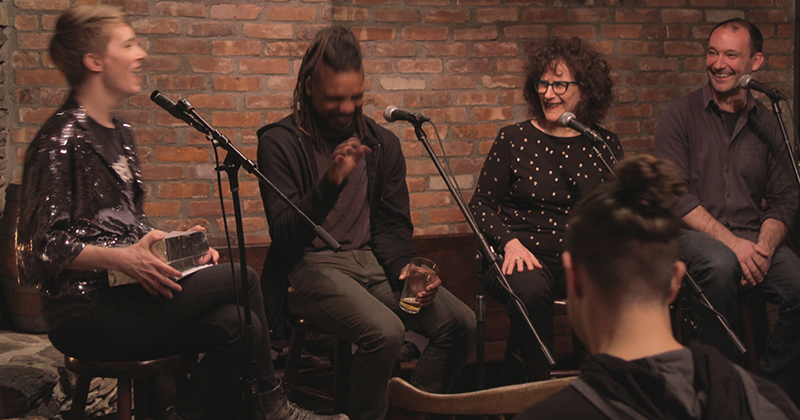 This week, the podcast features the reading and panel discussion from the LIC Reading Series event on April, 2018, when we celebrated our three year anniversary with Simeon Marsalis (As Lie Is To Grin), Cynan Jones (Stillicide), and Lynne Tillman (What Would Lynne Tillman Do?). Listen to the readings from this week here!

Simeon Marsalis: I went to the University of Vermont to play Division I basketball. That was my first passion, but I decided that I was going to leave the basketball team. This was also leaving a scholarship, so I had to ask my parents if they would pay for me to go to school. … I didn’t say that I was going to be a writer, but that’s what I wanted to do. Everybody starts as a reader. You have to be enchanted by some book that makes you stop and say, “Damn.” Mine was John Cheever’s “The Swimmer.” As you can tell, I really love unreliable narrators. However, I grew up in the same county as this story, but I didn’t recognize anyone in the story and I still loved it. I think my writing journey started there when I asked myself, “Why didn’t I recognize anyone in this story but I still love this story?”

Cynan Jones: The genesis of the story is a “What if” question. What if you’re out on a kayak and you get hit by lightning? What if you found something on a beach and you have this dilemma that you can change your life with? It’s a childlike wonder about the world that I have not managed to lose.

Lynne Tillman: I was the youngest child, a bit younger than my sisters. Born into a family already constituted. They had been around longer than I, and no one really listened to me. It was just the way it was. I liked reading. … The actual thing that happened was in third grade we were asked to write an essay about Charlemagne. I went home, and I wrote “Charlemagne, Man of War.” I was so excited that I then wrote “Charlemagne, Man of Peace,” and there you have it. Those moments were precious to me, and also shows that at the very beginning there was a great contradiction in my thinking.

The Governor's Race That Made George Wallace a Hardline Segregationist 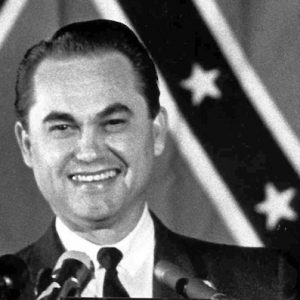 The Governor's Race That Made George Wallace a Hardline Segregationist

Political prognosticators agreed that the 1958 Alabama Democratic primary would not be won without a runoff. In 1958 and for four...
© LitHub
Back to top