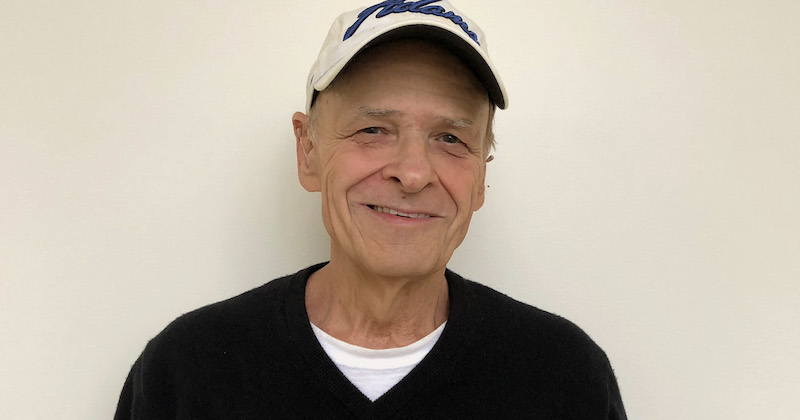 Two-time National Book Award-winning novelist Tim O’Brien published his remembrances of his Vietnam War experiences as a young man in The Things They Carried and Going After Cacciato. However, he came to fatherhood late in life, and at the age of 57, he and his wife had a son. A second son followed soon after. O’Brien knew his time with his boys might be shorter than most fathers’, so he decided to leave behind remembrances, advice, and reporting on some of the antics they might forget as they grow older. 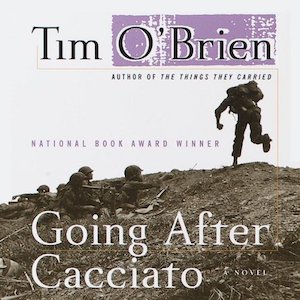 “When you get to be that old, the realities start to set in, not just for me, but for my kids as well. There was a point at which one of them came crying to me night after night and said, ‘You have gray hair, and you’re deaf, and you’re old.’ He’d realized that the other fathers and sons he was familiar with were more than a generation younger than I am, and he said, ‘I don’t wanna be alone.’ And I couldn’t lie to him, so I just had to say, ‘Yeah, I know. We’ll spend as much time as we possibly can together.’ It’s not a morbid thought to me; it’s a beautiful thought in a way. I wish my dad had left me some messages in a bottle. I would have been incredibly grateful because he was always a mystery to me.” Dad’s Maybe Book took 15 years to write, but when it came time to record the audiobook version, O’Brien said thanks but no thanks. 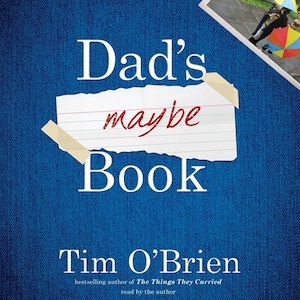 “I’m not an actor, not a public performer, and I said they should hire someone like Bryan Cranston, who had recorded The Things They Carried. But they convinced me after a couple of weeks that because of the nature of the book, first-person and nonfiction, that it would be strange not to have the author read it. So I agreed to do it. I can’t say that I enjoyed it. It was much harder than I thought it would be but ultimately satisfying.” 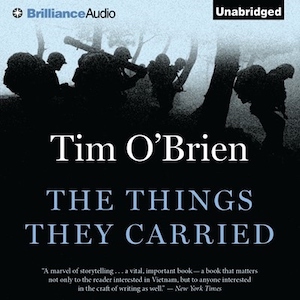 O’Brien says the intense focus on the language and the memories revisited made some passages challenging to record. He says narrating is unique. You put in emphasis where your brain puts it in when you’re reading to yourself. “Certain rhythms get accentuated, and volume gets turned up a little if the passage is a passionate one, and all these sorts of things I just take for granted when I’m reading print.”

He did mark up the copy, he says, putting notes in the margins, but mostly he trusted his intuition, just like he does when writing a novel. “I don’t outline. I let the language take me, and I follow my own words.” He says he tried to read it as “conversationally as I could, not as an orator or a Shakespearean actor.”

O’Brien labors over public speaking engagements and says there’s a big difference when he steps into the recording booth. “When you’re speaking in public, you get a response. People laugh at the funny parts, and they tear up at the sad parts, and you can tell if they’re paying attention. When you’re in the booth, there’s zero coming back at you. It’s a different experience.”

O’Brien says the recording process made some passages that were emotionally charged challenging to finish. “There were places where I’d just stop reading because I was so choked up. We were vacationing in France, and there was a day when I had a phone call telling me my mother had died, and the kids were playing ping-pong. I told them, and they didn’t say much, and I didn’t say much, and for the next couple of hours, I played ping-pong with them pretty silently. Around dusk, we were walking to a place to eat in town. We were going down this hill, and I was holding the hand of my older son, who was then 8 or 9, and I said, ‘Are you thinking about Grandma?’ And he said, ‘No, I’m thinking about you thinking about Grandma.’” He marveled at the linguistic sophistication of the sentence and the level of empathy of such a young person. “It must have taken me five takes.”

O’Brien hopes the book may inspire other fathers to make stronger connections with their sons. “We block out the obvious, and I guess in some ways that’s healthy, but in other ways, it’s human that we have this gift of consciousness, and it’s a blessing.”

Randy O’Brien has been a reviewer for AudioFile since 2003. He is a veteran journalist and anchor for WLAC-AM and Rock 105.9 in Nashville, Tennessee. He is working on a new novel that he is hoping to self-publish in the near future.

How Should We Define Free Speech at Universities? 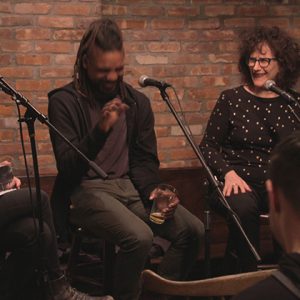 Where is all of the literary love for Queens? It’s right here at LIC Reading Series. Join them each week for stories, readings,...
© LitHub
Back to top
Loading Comments...