This week, the podcast features the reading and panel discussion from the LIC Reading Series event on April, 2018, when we celebrated our three year anniversary with Simeon Marsalis (As Lie Is To Grin), Cynan Jones (Stillicide), and Lynne Tillman (What Would Lynne Tillman Do?). Check back Thursday for the discussion!

Simeon Marsalis was born in 1990 and graduated from the University of Vermont in 2013. He is from New Rochelle, New York, and has lived in New York City and New Orleans. As Lie Is to Grin is his first book.

Cynan Jones was born in 1975 near Aberaeron, Wales where he now lives and works. He is the author of five short novels, The Long Dry, Everything I Found on the Beach, Bird, Blood, Snow, The Dig, and Cove. He has been longlisted and shortlisted for numerous prizes and won a Society of Authors Betty Trask Award 2007, a Jerwood Fiction Uncovered Prize 2014 and the Wales Book of the Year Fiction Prize 2015. His latest work is Stillicide, a collection of twelve stories commissioned by BBC Radio 4 that aired over the summer 2019.

Lynne Tillman’s novel include Haunted Houses, Motion Sickness, Cast in Doubt, No Lease on Life, American Genius, A Comedy, and, most recently, Men and Apparitions. Her fiction collections include Absence Makes the Heart, The Madame Realism Complex, This Is Not It, Someday This Will Be Funny, and The Complete Madame Realism and Other Stories. Additionally, Tillman has published a number of books of nonfiction and essays, including The Broad Picture, The Velvet Years: Warhol’s Factory 1965-67, Bookstore: The Life and Times of Jeannette Watson and Books & Co., and What Would Lynne Tillman Do?, which was a finalist for the National Book Critics Circle Award in Criticism. 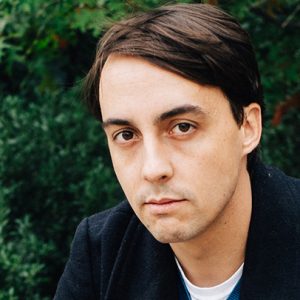