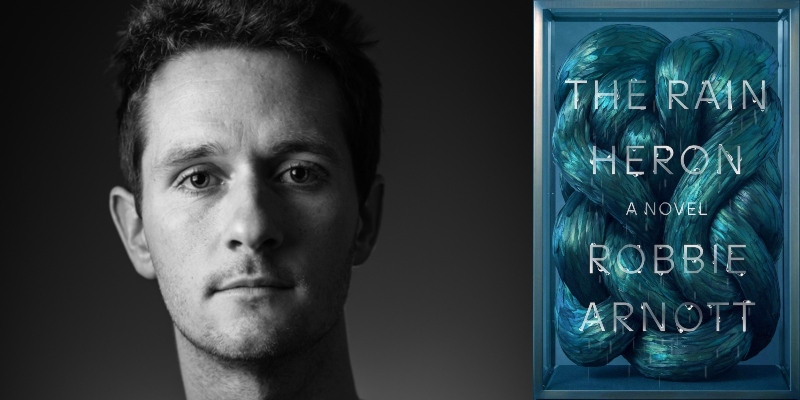 At the end of its life, the phoenix bursts into flames and a younger bird rises from the ashes. The roc is large enough to carry an elephant in its claws. The caladrius absorbs disease, curing the ill. The rain heron can take the form of steam, liquid, or ice and controls the climate around it.

Unlike the first three mythical birds, whose legends are hundreds or thousands of years old, the rain heron is a new entry in the library of imaginary beasts, introduced in the novel bearing its name by Tasmanian author Robbie Arnott.

Set in an unnamed country following a military coup, The Rain Heron is a story of survivors searching for peace but finding violence—in both nature and society.

Arnott’s descriptions of nature are inspired by the beauty of his Australian home state of Tasmania, where he has spent long stretches hiking in the bush and fishing in the cold waters. “It always comes through in my writing a lot. There’s lots of descriptions of natural places because that’s generally where I’ve been and what I’m interested in. I tried living in a big city for a while and I just I just couldn’t do it.”

Rob Wolf: One of your key characters, Ren, goes to the mountains to live like a hermit, but a group of soldiers find her. Why has she gone to the mountains, and what do the soldiers want from her?

Robbie Arnott: This novel is set in an unnamed country, a couple of years after a military coup has taken over the government and essentially ravaged the life of everyone within the country. Ren has fled to this mountainside, a place she used to go with a grandmother when she was a child, and she’s seeking to return to this more idyllic, simple way of life due to the things that happened to her during the coup, such as her being separated from her son and undergoing periods of violence.

And so what she’s seeking to do is get away from everything and to escape, not to function in a modern society anymore. And she does achieve that for a while, until a group of soldiers comes to the mountain some years after the coup in search of a mythical creature, the rain heron. And it’s unclear whether or not this mythical creature actually exists or not. But these soldiers are under the impression that if it’s going to be anywhere, it’s going to be on the side of this mountain. And if anyone knows how to find it, it will be this woman who’s been living there as a hermit. And that’s where the main tension in the plot kicks off, as these soldiers try to coerce Ren into helping them find this mythical creature, as she tries to convince them that it doesn’t exist.

RW: Not too far into the book, we find out that this mythical creature is real. Could you describe the rain heron and what inspirations you drew from to invent it?

RA: The rain heron is a mythical creature, somewhat larger than an ordinary heron, similar in shape but not in form because it’s entirely made of water and it’s able to transpose its body into any form of water. It can become icy, misty, vapor; it can become steam or hail or rain. And it can do this at will. And along with that, it’s able to affect the climate around it. So it’s able to create rainstorms and floods and affect all the other moisture in the air.

What I was really trying to do was create a mythical creature that embodies both the beauty and the savagery of nature. I wanted something that is totally captivating, the way many natural environments and phenomena can be, but also is really, really dangerous. And the reason I ended up choosing the heron to have this water-based form is because I realized I was thinking about a storm and the way that a storm is so captivating you can’t look away from it, particularly when there’s black clouds rolling in and you see the lightning falling down. But also, you know instinctively that it’s incredibly dangerous and you need to get away from it. And yet we’re still staring at it. … I just essentially tried to turn a storm into a bird.

RW: As you were speaking, I thought how we experience climate change so often through storms, bigger hurricanes, floods, rising waters. [The rain heron] is kind of a spokesperson for how climate change manifests.

RA: Yeah, absolutely. That’s really present in the book. I tried not to make it this really obvious main theme running through it, because that wasn’t the sort of book I wanted to write. But it was also very present in my thinking and in my descriptions. I don’t think you can write about the natural world these days without being conscious of what’s happening to our own. … We’re so used to thinking of climate changes as a heating, as global warming and things getting hotter and drying out. And yet the reality of it is that it’s just chaos and any form of environmental destruction. So storms and floods are as much a part of that as fires and droughts.

Robbie Arnott is the author of the novel Flames, which won the Margaret Scott Prize, was short-listed for the Victorian Premier’s Literary Prize for Fiction, the Guardian Not the Booker Prize, and the Readings Prize for New Australian Fiction, and was long-listed for the Miles Franklin Literary Award. In 2019, he was named a Sydney Morning Herald Best Young Australian Novelist. He lives in Tasmania.

7 Author-Owned Bookstores That You Should Visit 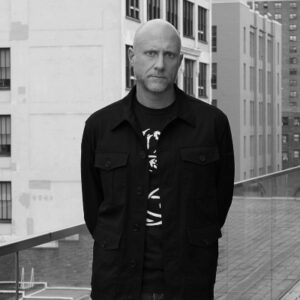