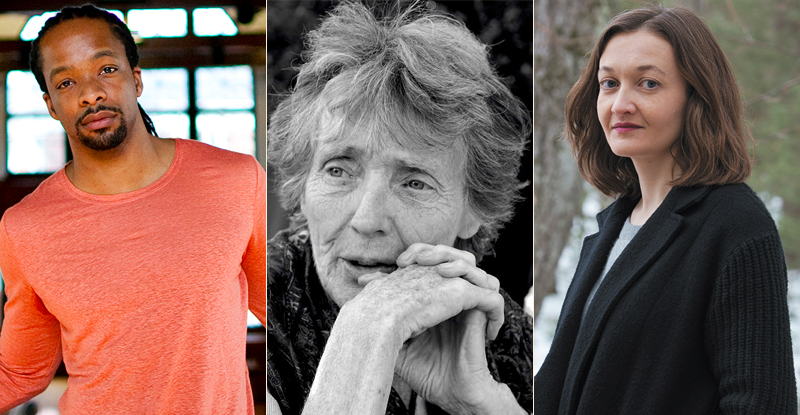 This weekend, Lit Hub is co-presenting Irish Arts Center’s eighth annual #PoetryFest, which showcases top poets from Ireland and the U.S over three days of readings, conversations, signings and receptions. Featured poets include Jericho Brown, Fanny Howe, and Jana Prikryl, whose work can be found below, as well as Sharon Olds, Rachel Eliza Griffiths, and Doireann Ní Ghríofa. More information and the full schedule is available here.

Of the Swan
Jericho Brown

The luck of it:  an ordinary body
Soothed once

Under God.  No night ends his
Care, how

He finishes a fixed field, how he
Hollows

A low tunnel.  He released me
After.  Why

Else would I pray like a woman
Who’s ruined

But God’s soul rises out of its black
Noose, finds

Bared skin a landscape prepared
For use

Where worship makes for immortality,
And I am

The Lord’s opening, a woman
On earth

With pluck, with sting, with feathers
Left round my hide.

Simon says he would like to live alone
in a cottage with a garden,
no humans, no obligations.  Solitary
I prefer a pod while he likes hives.
We confess we both wear armor
outside our habitats.

Water was our first armor before our skin.
Then came the bristle of sunshine.
And a thickening of blood into oil
or syrup in the lower veins.

I hate the thistledown
covering my prototype now
interior layer cowering at power
or shout, but can laugh
with the one who has sap under
his skin emptying the bucket
with one poor hand.

He’d have called to say the sill is overrun
with moss, there’s moss on the light fixtures, moss
on his prepositions, when he bends and unfastens
himself from bed, he finds moss on his clothes,
a soft green runway of fuzz in the most
interesting section of his underwear.

I know what you need, the law’s wide dry hands
trying to bucket the truth: And nothing but
the small transparent sphere that breaks and fills
the moss’s thousand tiny throats. Let’s imagine
for a minute he has the soil, is really in it—
Levin moving through the rows with a scythe.
His feeling is metaphor so complete
it’s the hum alone on loan from the hive.

Say Something Nice About Me 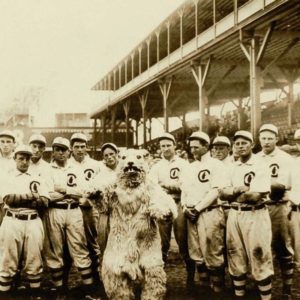 A Literary Look at the Last Time the Cubs Won the World Series Even if you aren't the biggest sports fan—or hey, even if you're no sports fan at all—it's likely you've heard that the long-cursed...
© LitHub
Back to top