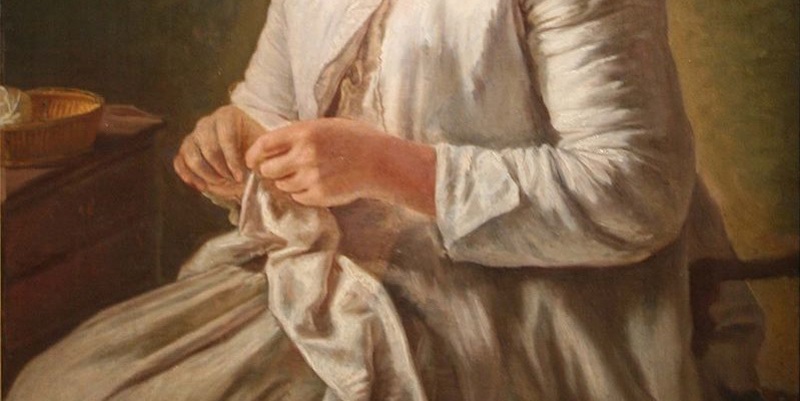 Via The Cundill History Prize

The following was excerpted from An Infinite History: The Story of a Family in France over Three Centuries by Emma Rothschild, which has been shortlisted for the 2021 Cundill History Prize.

Among all the 4,089 individuals in the parish registers for 1764 in Angoulême, there were only 22 women for whom an occupation was declared: 9 were domestic servants; there were also 2 dressmakers, a shopkeeper, a cook, a wet nurse, a midwife, a nun, a fishmonger, 2 tailors, a seamstress, a wool-sorter, and a spinning woman. Half of these 22 women were there in the registers in a single role: as godmothers—twice in the course of the year, in the case of Jeanne Chenaud, a dressmaker—to the infants who had been deposited in the “box” in the parish of St. Paul. Only 4 were protagonists, in the sense of being people to whom something happened in the course of the year (or something that was recorded in the parish registers). Hypolite Binet, a servant, was married in July 1764 to a cooper; Elizabeth Coste, also a servant, was married to a day laborer; Marie Julie Laroque, who was described as a tailor when she was a godmother in August, was married to a cooper, six days later; Anne Tabuteau, a nun, died in October.

The records of these 22 women are only a tiny piece—a wisp of cloth, like the ribbons that were tied, a generation later, to the wrists of the infants abandoned in the town—of the economic history of women in Angoulême. The two tax rolls for the period, in particular, provide a complementary overview of the economic life of the inner parishes and the surrounding suburbs—and another systematic part of the historical inquiry. There were 119 households, of the 2,548 that are listed in the tax roll for 1766, that either were headed by women whose occupations were specified, or included women with occupations: 128 women in all, since there were several households, like that of “Marguerite et Geneviève Courlit loueuses de chaises,” in which there were two or three women with occupations listed. In the tax roll for 1763 there were 120 households that included women with occupations: in all, 135 women, of whom 40 were still there in the tax roll two years later.

Only two of the women with listed occupations, among the 4,089 individuals in the parish registers, were also there in the tax records. Jacquette Couprie, the shopkeeper or “marchande,” appears in 1763 and again in 1766, in one of the crowded tax islands of St. André, as the widow L’Esparvin, lemonade seller. She was the widow of a clothmaker, and was fairly prosperous, with an estimated taxable value, in 1763, of 400 livres. (The uncle of the bridegroom, in the marriage contract, who lived in the same island, was taxed at 150 livres.)27 The dressmaker who was godmother to two of the infants from the “box” was also in the tax roll for 1763: “la Chenaude couturière,” with a taxable value of 15 livres.

The description of the entire society of occupied women in Angoulême—the 223 individuals who were listed in the registers for 1763 or 1766 or both—shows a much more diverse scene. The women listed in the tax rolls were relatively prosperous, even though the rolls included several individuals with “nothing.” There was only one female domestic servant in the list for 1766, “Marie Charité.” There is no allusion at all, in the tax rolls, to the unpaid work that dominated the economic lives of so many of the women in Angoulême: the sort of work that was evoked in the list of Marie Aymard’s debts, in January 1764: 74 livres for potash for washing clothes, 49 livres 11 sols for cloth, 94 livres for cooking fat.

The women with identified occupations in the tax lists were for the most part either single or widowed; fewer than a quarter were described as living with husbands. There were households full of women: the Courlit sisters who rented chairs; three sisters who were tailors; a widow and her daughters, dressmakers; the family of the retired musician, a signatory of the marriage contract, who lived with his daughters and his sister-in-law, all of them seamstresses. There were parts of the town in which industrious women settled together. In the little tax island where the dressmaker Jeanne Chenaud lived, there was also a laundress, a wool-sorter, a spinner, and a woman described as “servante en ville”; 13 out of 27 households in the island were headed by women. In the island of the Petit Maure, there was the innkeeper, “la veuve Croiset,” 3 women who were used-clothes sellers, 3 who were shopkeepers, a tailor or tailleuse, and a seller of cooking fat—she was the mother of Pascal Chauvin, who was leaving for Martinique—all within an island of 14 households.

There was a concentration of women in the sociable, discursive occupations of the central parishes of the town: the lemonade seller, the two sisters who rented chairs, the innkeeper, and eight tavern-keepers. The largest occupations were clustered around the domestic work of women: 17 tailors, 15 seamstresses; 10 women selling cooking fat; 8 laundresses; 4 midwives. There were 11 women bakers, all of them widows; 9 fruit sellers and a grape merchant; 4 cocassières, or chicken merchants; a fishmonger and a sardine seller; a seller of herbs. There were retailers of household goods: 13 fripières, or sellers of used clothes; 3 sellers of trinkets or clincaillerie, of whom one was the signatory of the marriage contract Rose Rezé. There was a marchande colporteuse or peddler, a farm laborer with her own oxen, a papermaker and 2 paper merchants, an iron merchant, a butcher, 2 sisters selling forage, and 2 schoolmistresses. In the vast, undescriptive society of the parish records, there are no more than glimpses of these industrious women; they were there, in 1764, in the economic life of Angoulême. 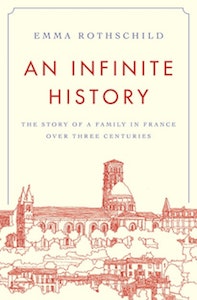 Excerpted from AN INFINITE HISTORY: The Story of a Family in France over Three Centuries by Emma Rothschild. Copyright © 2021 by Princeton University Press. Reprinted by permission.

Emma Rothschild is the Jeremy and Jane Knowles Professor of History at Harvard University, where she directs the Center for History and Economics. Her books include The Inner Life of Empires (Princeton) and Economic Sentiments. 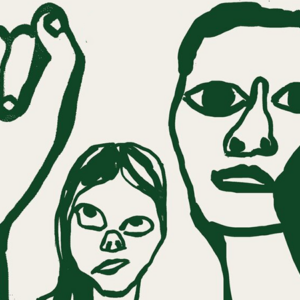