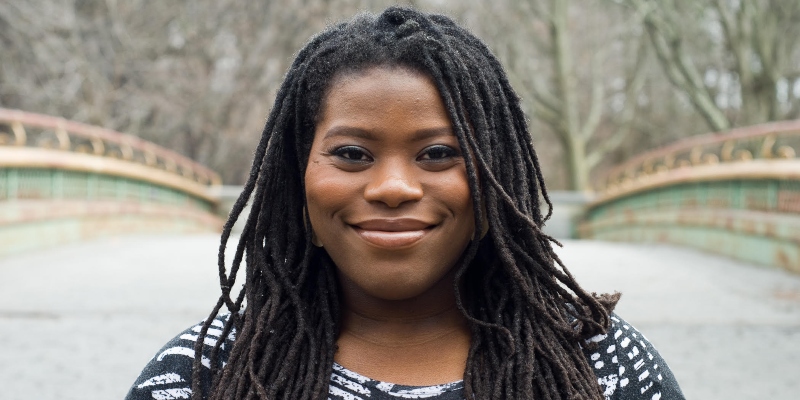 Even when history has been overlooked, ignored, or suppressed, that doesn’t mean it’s hidden. Researching and writing her novels, Kaitlyn Greenidge—author of Libertie and We Love You, Charlie Freeman—“approach[es] Black history from a place of abundance, from the idea that Black people have always been multifaceted, have always been fighting for freedom, and have always been coming up with ingenious ways to combat the world around us.” This week on Book Dreams, Kaitlyn discusses with Eve and Julie how society has emphasized exceptionalism in Black history to the detriment of Black people. She searches in unexpected places for evidence of the inner lives of the unexceptional, like Black spirituals. She also examines the difference between Black artists’ being forgotten and choosing not to be found.

Julie: Your first book came out in 2016, and your second book was released this year. Have you seen any changes in the publishing landscape during that time with respect to books addressing race?

Kaitlyn: We’ve just passed last summer when books about how Black people and white people should confront each other surged up the bestseller list. You know, there are all these anti-racist reading lists in the last couple of years; there’ve been big blockbuster books that are either about some piece of Black history, like The Warmth of Other Suns, or are supposed to be sort of Bibles about how to approach race, like Stamped from the Beginning, that kind of stuff. I think there’s an intense interest in it, but as a student of Black history, again, this moment just feels like many other moments that have come before it. The publishing industry is notorious for having these spikes of interest about race. It happened most famously during the Harlem Renaissance. And then there was a whole dearth, not because there weren’t Black people producing work, but because the Sauron eye of the publishing industry decided [not to publish].

And then it happened again during the Civil Rights movement and then again throughout the ’80s and ’90s. When you talk to novelists who are two generations before me, their whole thing is: we could not pay an editor to read our stuff, but we were all producing it. Everybody told us we couldn’t sell.

I think the difference that’s happening right now is 20 or 30 years ago, a magazine editor, probably a white male magazine editor, could say, “All right, we’ve had six months of Black stuff; we’re done with that. We’re not going to do that anymore. We’re not gonna talk about it anymore. It’s time to move on. Our readers don’t want any more. Stop commissioning it.” And that would have been the end of it. We have social media now where you can’t really do that because the conversation is going on outside of the purview of those gatekeepers and is continually evolving. And because there’s more people involved, the conversation is going much deeper, going in directions that media gatekeepers could not control.

So it’s more sort of like, let me keep an eye on this cyclone that’s over to the left because if I turn my back on it, it’s going to overtake me. I don’t necessarily know that it’s a genuine, deep interest in furthering Black literature and making sure you’re publishing the best stuff.

Kaitlyn Greenidge is the recipient of fellowships from The Whiting Foundation, The National Endowment for the Arts, The Radcliffe Institute for Advanced Studies, The Lewis Center for the Arts at Princeton University, and The Guggenheim Foundation. She’s currently the Features Director at Harper’s Bazaar as well as a contributing writer for The New York Times. Her writing has also appeared in Vogue, Glamour, The Wall Street Journal, Elle, Buzzfeed and The Believer, among many other places. Her debut novel, We Love You, Charlie Freeman, was one of The New York Times critic’s “top 10 books of 2016.” Libertie, her second novel, was named “one of the most anticipated books of 2021” by O the Oprah Magazine, The New York Times, The Washington Post, Time, The Rumpus, Book Page, Harper’s Bizarre, News Magazine, and more.

How the Word “Landscape” Helped Change Americans' Relationship to Nature 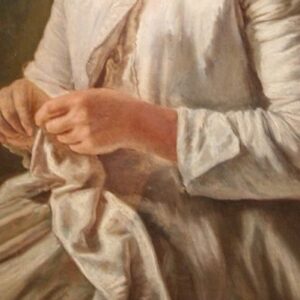 The following was excerpted from An Infinite History: The Story of a Family in France over Three Centuries by Emma Rothschild,...
© LitHub
Back to top